Suzanne and I hauled some donkeys for a friend that ran a rescue between Tucson and Phoenix for many years.  She and her husband are  moving way out in the boonies with their menagerie of assorted throw away critters to retire.   When I say assorted, we hauled the donkeys.  Others had goats, a horse, chickens, one rooster and I think she said 8 dogs.

We hit the road before 9am and got home just about dark  600 miles later.  It really went well, considering her donkeys hadn't planned to jump in a trailer and go gadding about today.....!! LOL  Not sure about the other critters, the only one I heard was the rooster, and he had quite a bit to say more than once. 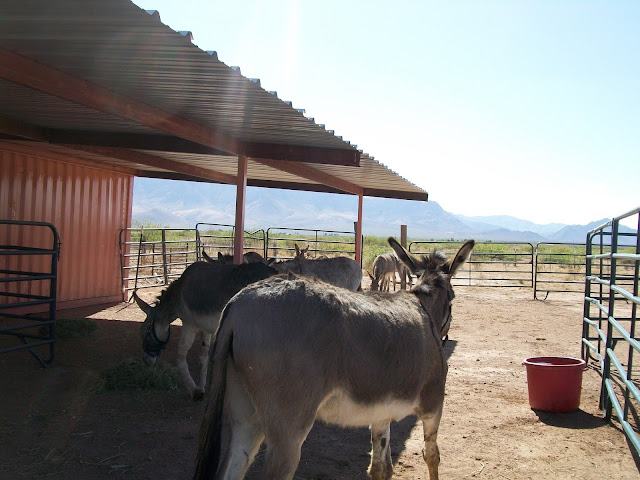 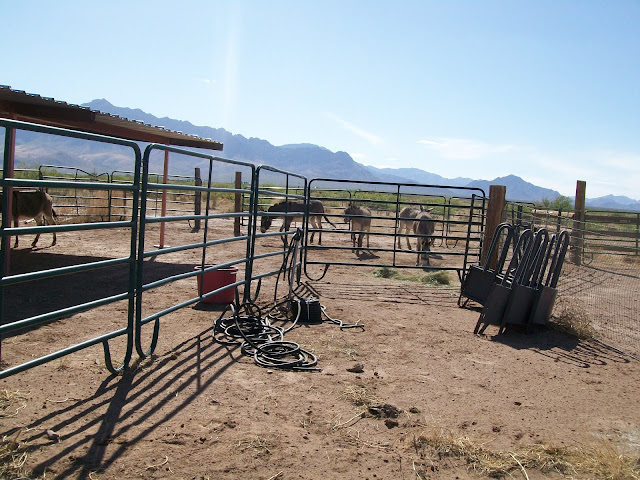 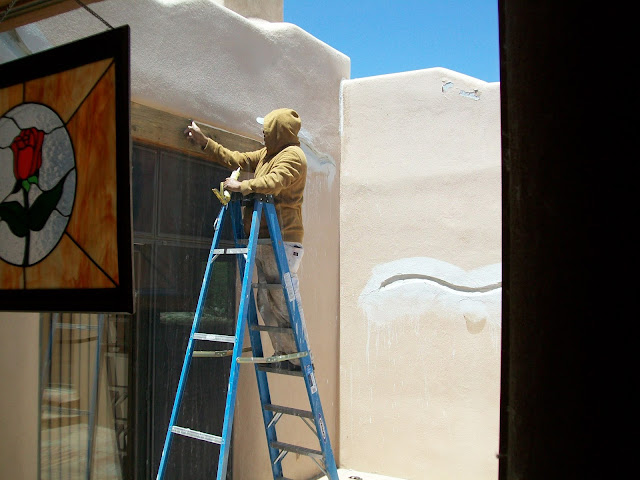 We've got workers here repairing cracks in our house.  They've been here most of this week and probably will be here most of next week. 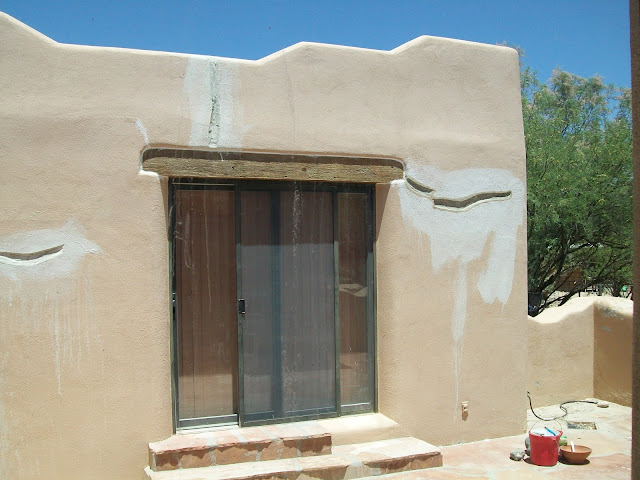 Our house is a passive solar rammed earth house.  It's an ancient method of building using the same type of earth used to make adobe blocks.  But instead of making blocks they dump the earth into frames for the walls and tamp it until it is as hard as a block.  The walls are 2 foot thick which keeps inside temperatures pretty neutral,   we only have a small wood stove for heat and ceiling fans in each room for cooling.

Although it is an old method that has worked for thousands of years, the builder that built it 30 years ago decided to put foam insulation on the outside before it was stuccoed.

Over the years we have had it worked on 3 or 4 times, unfortunately  when the cracks are fixed they come back after a couple of years.  The crew working on it this time, showed us what the problem is...........the blue foam insulation they put on the outside is breaking down and basically sliding down.  There are no cracks anywhere except where they put the foam on the outside.  Guess we'll find out if they have a better idea this time.......!!!

When we had the house built we didn't know that some builders put up rammed earth houses without stuccoing them.  They leave the walls just bare rammed stabilized earth and in Australia their roofs have long overhangs to protect the walls from rain. 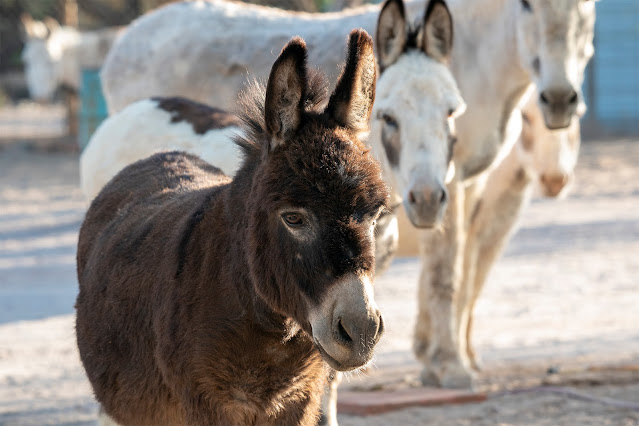 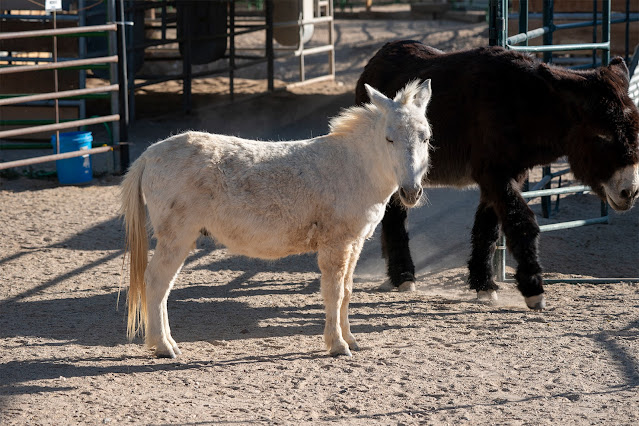 Casper has decided he like the grunge look.  He's actually white, but recently he's dirty more often than he's clean.  As dry as it is around here, can't imagine where he's finding the mud. 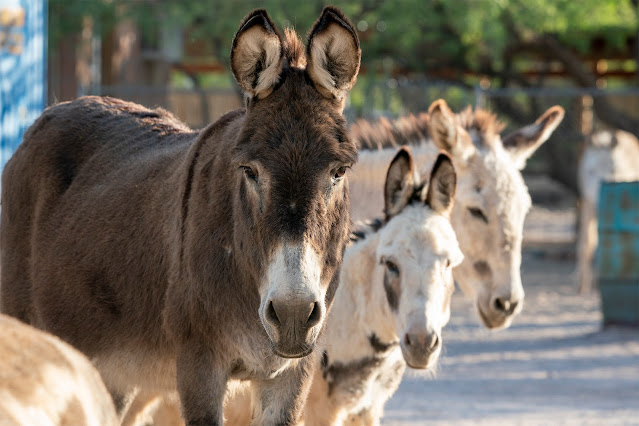