All that means is, it got a couple of degrees hotter at the Tucson Airport and hit 100 degrees.  It's been pretty hot the last week or so, just hadn't hit the magic number.

Roger Thompson the photographer that was here for a few days, has shared so many pictures with us, I don't know where to start. He says he will be back in the fall, I guess to take more pictures....!!!  LOL 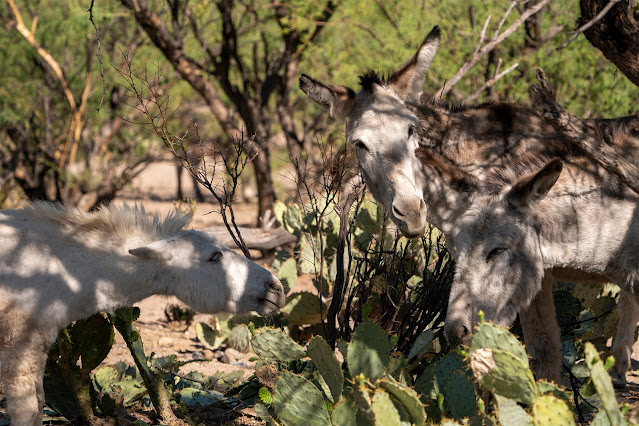 This is Casper the mini mule, Frijolita and I think Tula, eating prickly pear.  Actually we think we've figured out what they are doing. 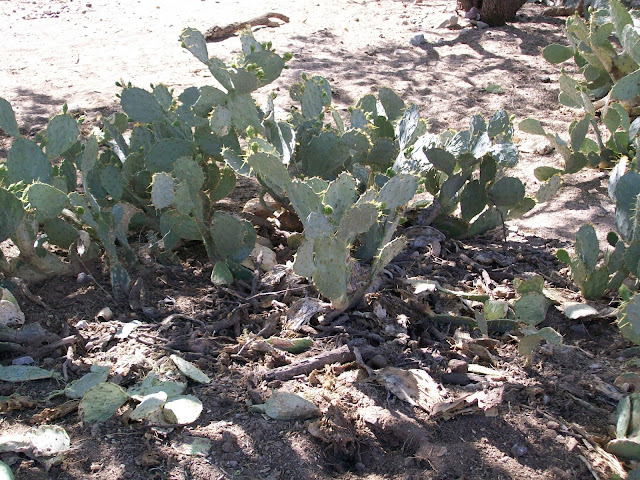 This patch of prickly pear use to be pretty, lots of pads and putting on buds that would have had lots of pretty orange flowers later in the summer.  This stuff laying on the ground is what is left of a pack rat nest that was under the prickly pear.  Pack rats put lots of stuff in their nests, one major item is mesquite beans.........!!  Since the donkeys got cheated out of their mesquite beans last summer, they have probably zeroed in on some poor pack rat's stash....!! LOL 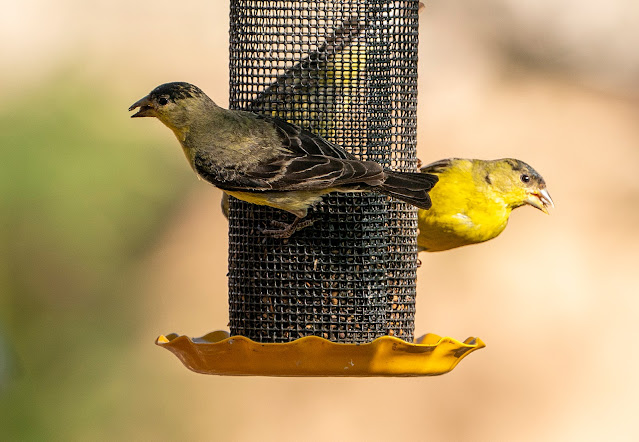 Roger is a man of many interests.  I could never get a picture like this with my little camera.  This is John's backyard thistle feeder. 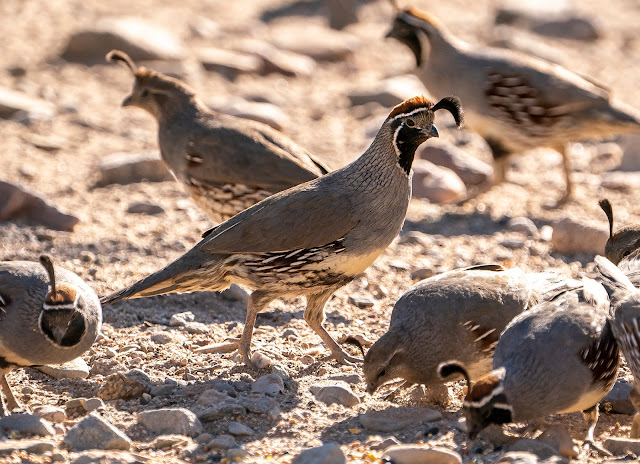 I've tried to get pictures of John's quail he feeds behind the house, but I could never get pictures like this.  Of course Roger has a lens that is almost as long as I am tall....!! LOL  Well, that might be a little bit of an exaggeration, but he doesn't have to get close to get good pictures.  Quail are very flighty, if they see any movement they all fly.  Well most of the time they do, except usually there is one that doesn't get the "danger" memo.  Everyone else flies off and he will just stand there looking around like, "what happened, where did everyone go"?  I have a feeling those don't survive very long in the wild. 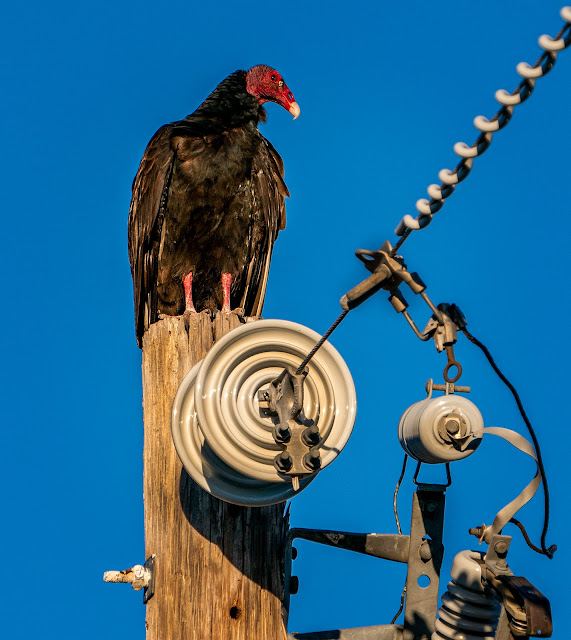 Another one of our neighbors, although they usually are in group, looking for road kill.  Maybe this one is a scout, looking for the groups next meal.  So many people go "yuck" when they see a vulture, but they are very valuable to help cleanup the environment.  They also have gorgeous feathers.  When I made wall hangings, if we were traveling and saw one by the road that had been hit, I'd end up sitting beside the road picking feathers for my next project. 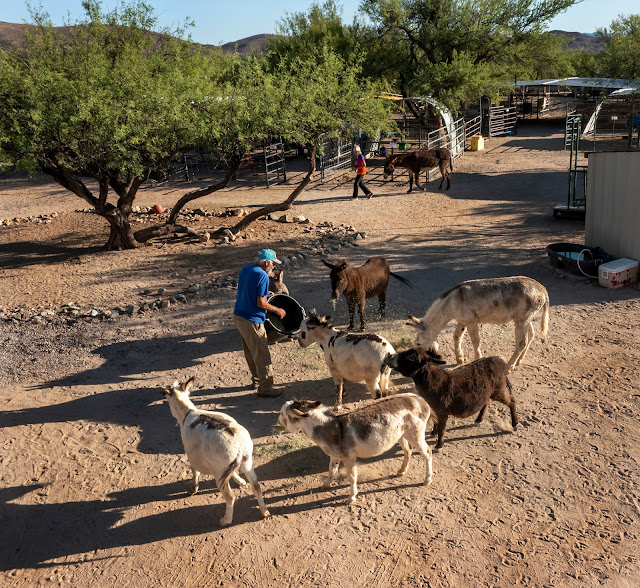 Roger brought out a drone to get some shots from above.  Usually the donkeys in the morning are all in this area, waiting for us to come out for round-up and breakfast.  On this morning, John had to bring out some hay to get their attention.  We try not to say they will do something....... because they usually don't........!!!  LOL