TRAINING FOR CALIFORNIA & TOMBSTONE , THANKS LINDA

This week-end was really productive.  The mare motel went from a pile of metal and wood, to a finished product in 2 days.  Eero actually knows construction and also helped to take the mare motel down from where it had been for a few years up in the Phoenix, so he was job leader and must have done a good job, it looks square and nobody lost any body parts during the rebuilding....!!! 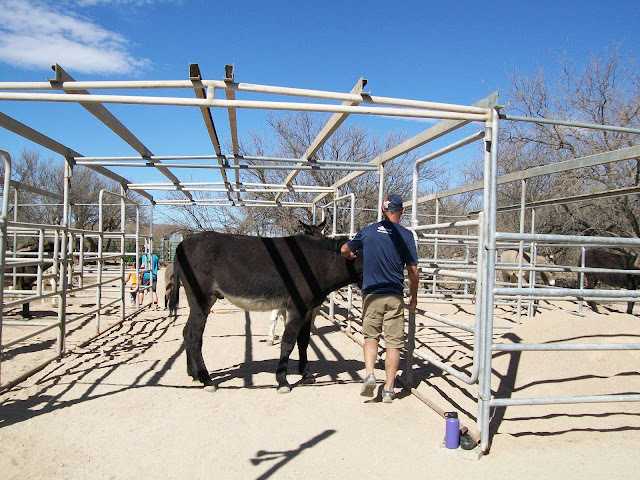 Some of the building inspectors came by for a look see.  They had to stay in their pens while the sides were going up.  Once they were out, I think everyone of them came by to check it out.  If they had been out, it would have been a mess, they would stand in the way, carry off tools and in general, help as much as they could...!!! LOL 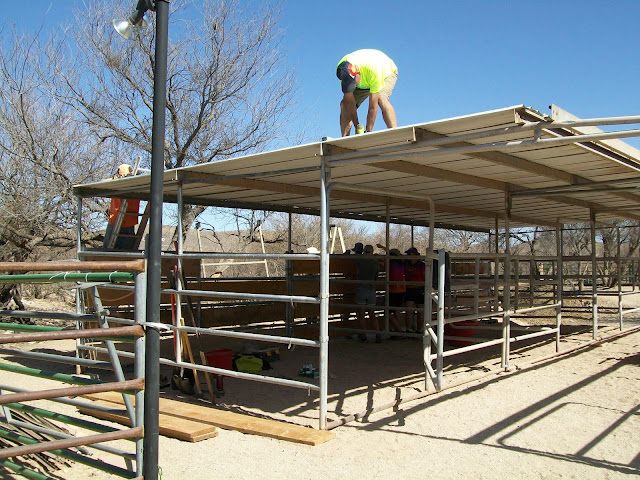 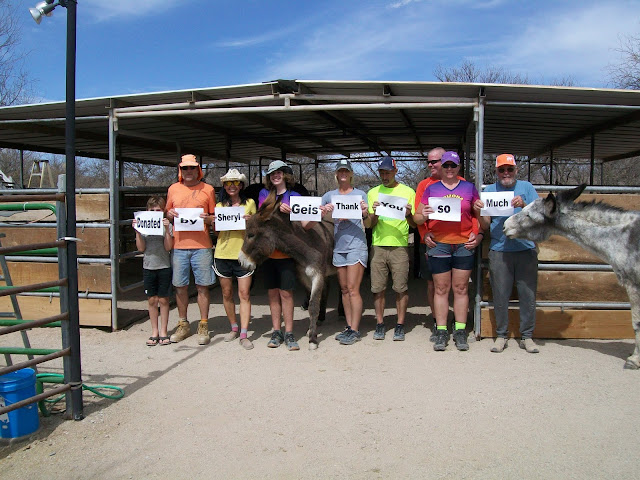 This is the crew minus Russ, he had already gone home when this picture was taken. This was a big thank you to Sheryl Geis, who donated the mare motel to the rescue.   It's going to be so nice for whoever we decide goes in it. 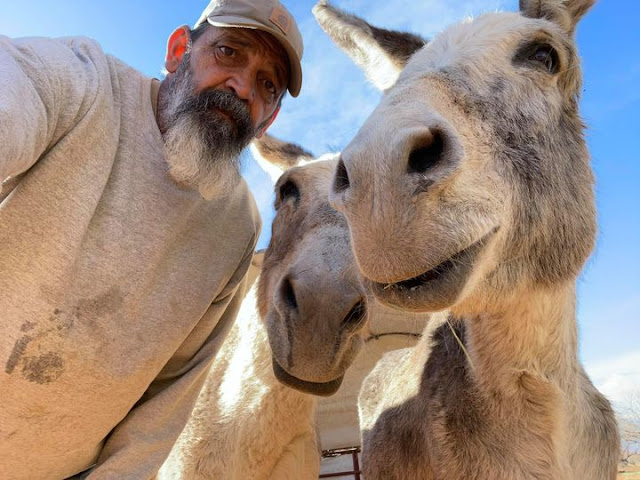 This is Russ with Kachina and Ana.  He and his wife Bobbi adopted the 2 girls from us a few months ago.  He said they are doing wonderful and are so friendly.  He said Kachina lays her head on his chest quite often.  She was a little standoffish when she got here, so I'm really glad they are enjoying their new home. 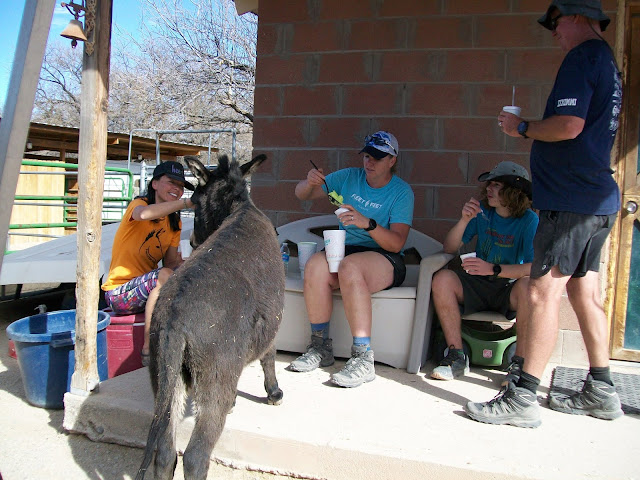 Can't have all work and no play.  I think this is Arrow, one of the minis trying to get some frozen Slurpie, Kristen was passing out. 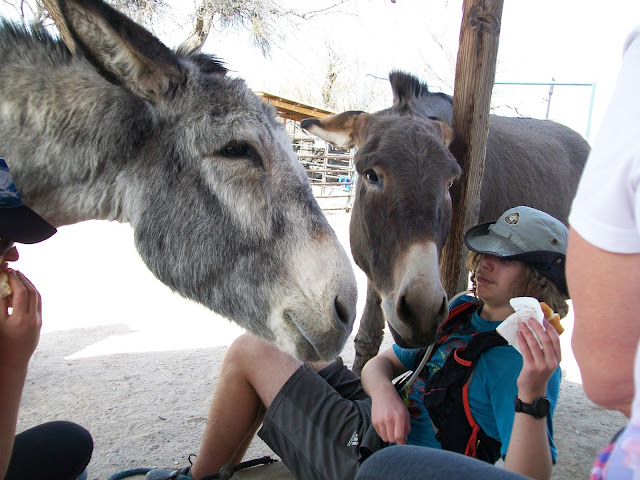 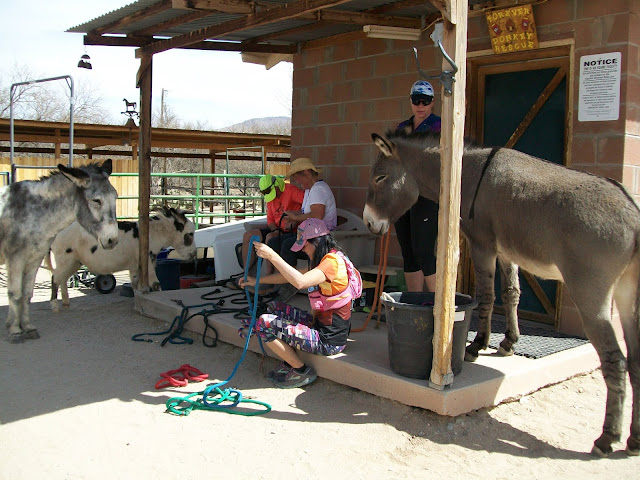 Looks like they might have some donkeys ready to run once they get the halters and leads sorted out. 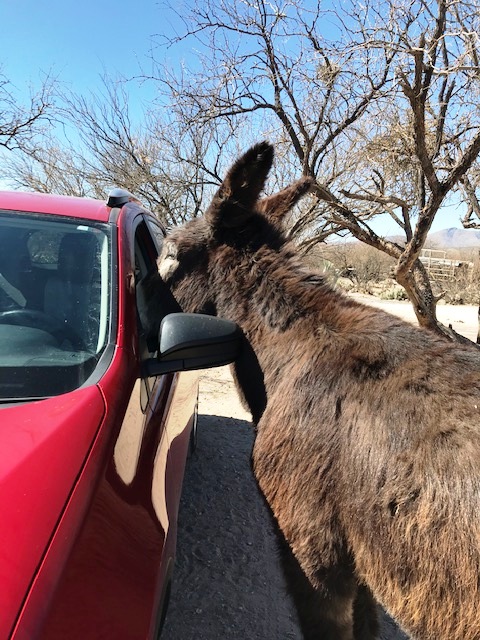 Big Gus trying to get his head into someone's car.  He really loves to snot cars and if perchance the window is open he's thrilled. Sometimes it's quite a shock for people to have this big head inside the care.  I don't think his head can be removed from inside the car, it usually takes 2 of us to get it out.........!!! LOL