JUST ABOUT THE TIME THINGS SETTLE DOWN, EVERYTHING SPEEDS UP INTO HYPERMODE....!!!

This week-end is going to be fun.  We're going to have people out to help with an old fashioned barn raising.  Well not quite.  It will be a mare motel raising.  We had some wonderful people donate an 8 stall mare motel to the rescue.  All we had to do was dismantle and haul it home.  Lynn and Linda and friends, did all that and now it's time to put all the pieces back together.  We've put out the word, I'm not sure how many are coming, but some will be camping, we're having a potluck and of course there will be a lot of donkey talk going on.  Should be a great week-end......!!!

For those that didn't make it to Black Canyon last week end, here is another video of the start.      The start of the Black Canyon Race, last week-end.

I'm sorry, but watching these starts is funny to me.  First of all, I'm not running........ I'm also not trying to control an excited donkey and the weather inside my house is much nicer than the weather turned out to be up there.  Everyone has reported having so much fun and wanting to do it again, so I guess I'm just an old stick in the mud.........!!  LOL  I do enjoy all the videos people share and hearing all the stories.

Lots of people have shared pictures....... 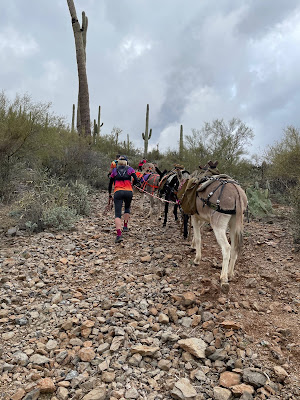 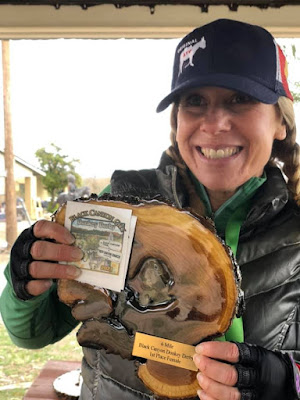 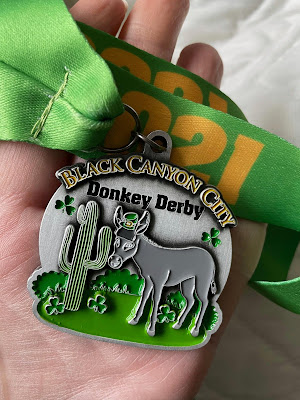 Cute piece of "bling" for the runners. 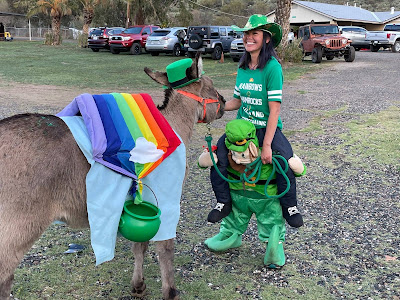 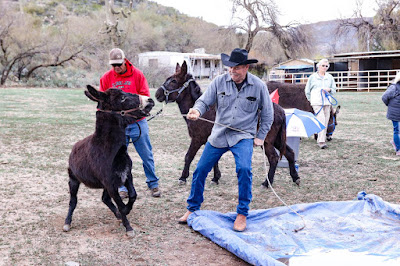 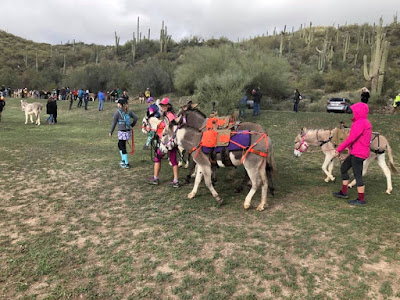 Don't know for sure, but think this is a group heading for the start 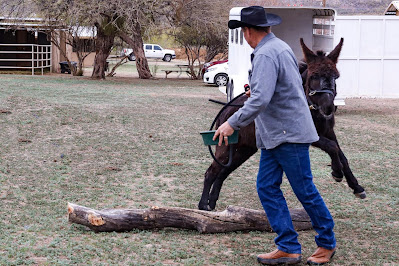 Looks like he hasn't changed his mind about the obstacle course 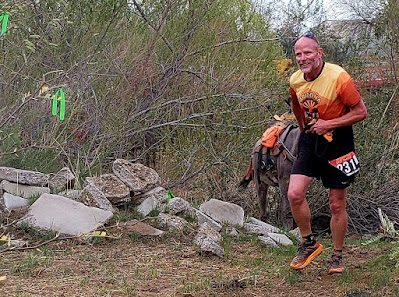 Lynn and Muzzy doing their thing, they finished 3rd in the 9 mile long course. 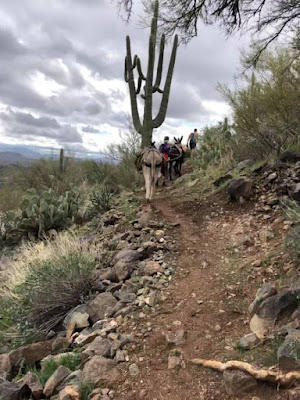 The trails went thru some pretty scenery.

A few weeks ago we had a young lady named Lily come out to do a science project for school.  She won state last year, so the benchmark was pretty high to repeat this year.  She wanted to do a study of who brayed the most males of females and how long the brays were.
She and her sister Rosie with their Mother have been involved with the donkeys for quite sometime.  They come out and run when there is a training run and last year when we were raking mesquite beans so the donkeys could get out of their pens after 4 months they all came out and raked beans. 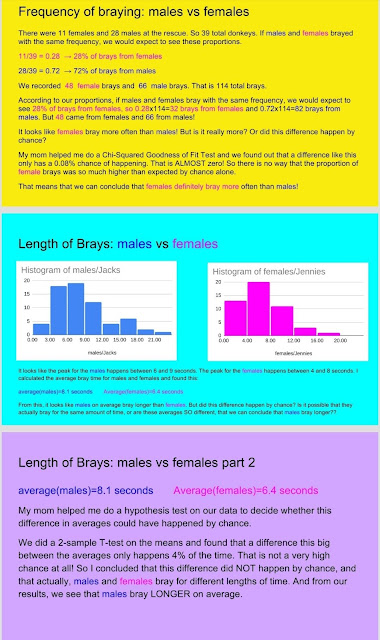 This is part of her project.  They came out at least 3 times, I remember one day we were feeding, which is usually when they bray the most.  I was at one end of the pens and Lily was at the other, when Jackson brayed from my end.  Here she come running and asking who brayed. 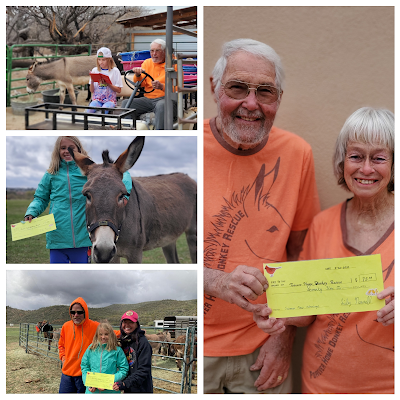 I'm happy to announce she won her school and also won state again this year.  She received a $75. prize for her project and donated the whole amount to the donkeys.  What a thoughtful young lady, wonder what her project will be next year?  I wouldn't be surprised if it had something to do with donkeys........!!!

I also have to apologize, for not knowing what I'm talking about.  In the last blog update I said Tombstone was the next race.  It is the next race in Arizona on the 17th of April.  But the week before, 20 of Forever Home and Burro Buddies donkeys will be headed for California for the 2nd year in a row to run in a race put on by California Breakfast Burritos, a non-profit organization that raises money all year to donate to other non-profits.  They also work with the BLM to make and repair trails to be enjoyed by anyone and everyone.  Last year we were a recipient of their generosity for our donkey rescue.  They put on a good race in fact Lynn and Muzzy won the long race of 29 miles.  So everyone is looking forward to another great race.