BIG GUS WENT TO THE DOCTOR, RATHER THAN THE DOCTOR COMING TO HIM

Yesterday Suzanne and I took Big Gus up to the Equine Clinic in Gilbert.  Dr. Jeremy has been treating him for cellulitis in his rear legs for about a month, it's getting better, but still needs attention.  Dr. Jeremy was unavailable and it was time for another shot, so we went to plan B.

Over the years we've been up there more than once, Jenny's hoof resection, Cisco's bulbous growth on his sheath, Bell's sialolith cyst, Penny's colic surgery, and many more in between.  A lot of times, all of those problems couldn't be done in the field and had to be done in a hospital/clinic, so we would make the 3 hour haul, and sometimes left them there.  Jenny ended up staying up there over a month. 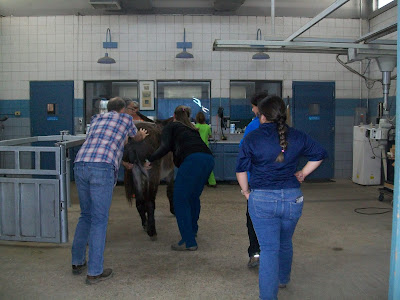 Sometimes you just have to overpower him with bodies 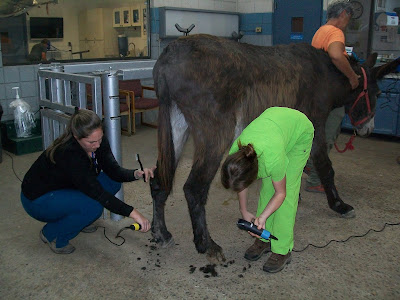 His legs got a trim and a bath

We noticed today that Saddik's plaque on his grave is missing.  It had come loose and was laying in front of a rock at the head of the grave until someone figured out a way to keep it from falling off again.  We're pretty sure we know who took it unfortunately, which is sad when it is someone you know. 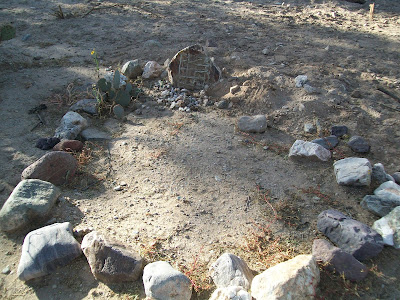 Saddik showed up in our wash in 2015, a half starved gangly pup about 9 months old with Valley Fever He really was a nice dog with lots of personality.  I think everyone that ever met him, liked him.  Unfortunately his life was cut short by a vehicle one night when he was suppose to be home. 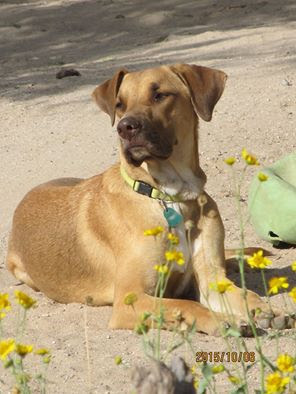 Hi there. I tried sending an email today and one in the past but they didn't go through. Has your email changed. Glad you guys are doing well. Janice

Hey girl, I didn't get any e-mail at either hiestand02@mail.com or hiestand08@mtecom.net today. Thank goodness you left this message, as I lost all my e-mail addresses at the 02 e-mail, when I got the new computer. I don't have your e-mail address. Hopefully you will check the blog.

Big Gus has a mind of his own. Hope he is going to be ok.