WHAT DO DONKEYS DO WHEN THEY ARE BORED?

Because John is nursing a broken hip if something is going on early the next morning we sometimes shut the gate to Burroland, so the donkeys have to stay on the 10 acres for the night and it's easier to round them up.

After such a night, when we came out the next morning the cat claw tree had been molested with about 15 feet of it's bark missing.

Looks like they might have eaten some of it, but left the rest on the porch of the feed room probably as a message to not forget to open the gate again...........!!! LOL 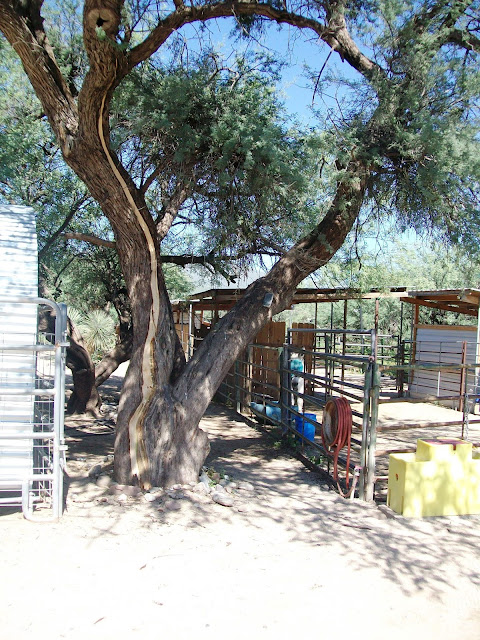 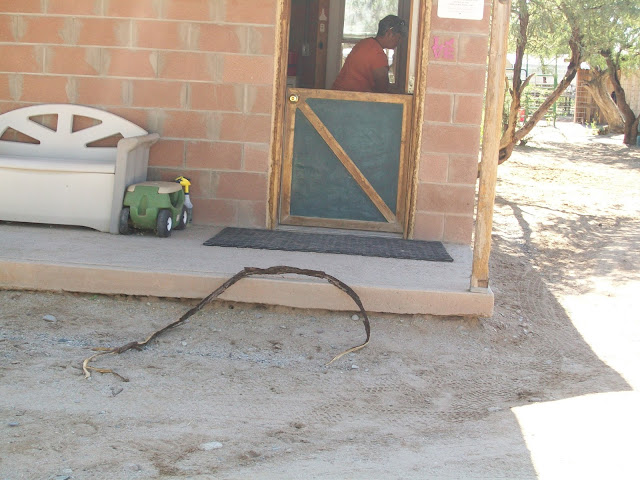 They've actually gotten into the routine of seeing the golf cart and usually heading for the pens most of the time for which I am grateful, since I'm usually the one having to chase them.  The last couple of mornings, most of them have been in their pens when John and I come out.

Big Gus has finished his antibiotics, but is still staying in the Burro Barracks, which is about 1/4 of an acre until his legs are better.  That way we don't have to go out and find him.  Today we had a new volunteer Susan, and she helped me soak and clean his worst leg. He started out with a little bit of attitude, but she entertained him while I washed and as long as she was giving him her undivided attention he was happy and standing still.  He is such a ham and soaks up attention like a sponge, so it worked out good for all. 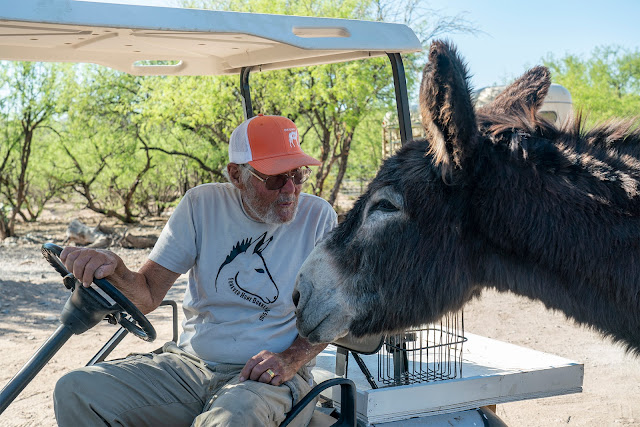 John and Big Gus discussing how many cookies a donkey should have......!!

Suzanne washed some legs on a few of the donkeys and some of them have some sort of "gunk", hard bumps that just won't come off, lots of them.  We're wondering if it might be from some of the weeds, maybe the donkeys are allergic to them, who knows.  Boaz and Ruthie have the bumps up on their back, so we will probably be doing a lot of bathing donkeys over the next few days.  Most of the donkeys do not appreciate water on their bodies, so one or two a day will probably be about all we can handle............!!!  LOL

Thought I'd share some more of Roger Thompson's pictures.... 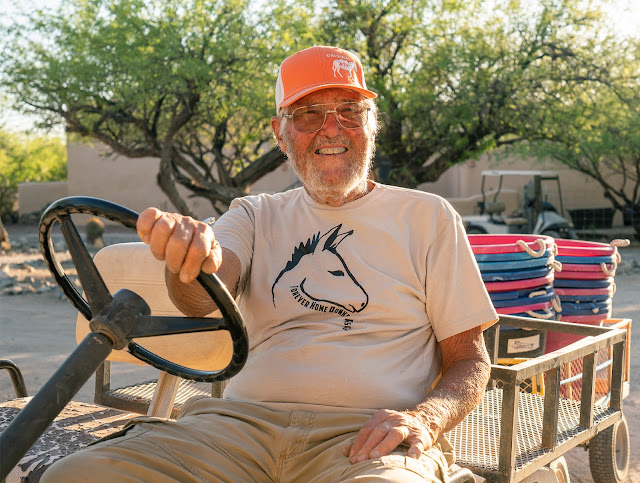 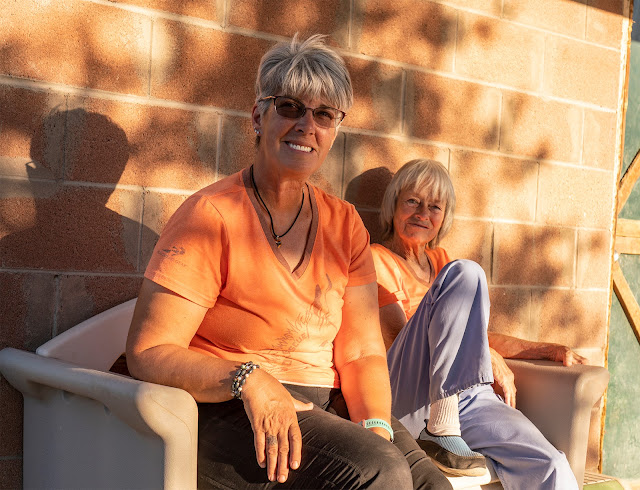 Not sure what Suzanne and I are doing, but it doesn't look like we're working very hard.......!! LOL 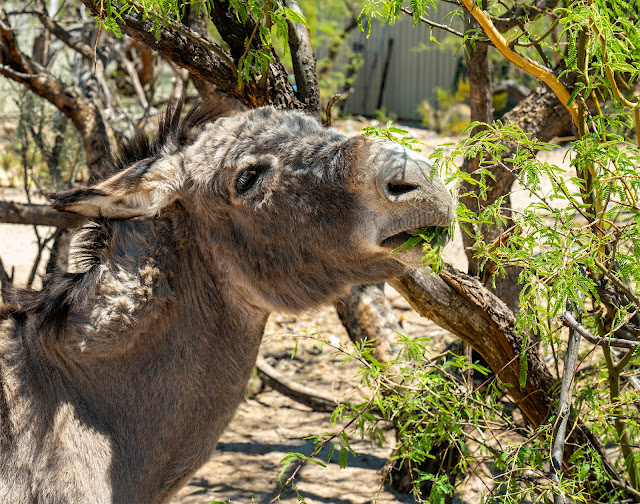