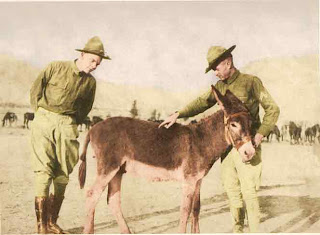 This morning Belle choked while eating her soaked beet pulp & timothy pellets. She is a fast eater & I guess she gulped too much at one time & it impacted in her throat. At first we thought it had something to do with her cyst that is suppose to be removed next Thursday. Rather than stretching her neck & gagging, all she was doing was slobbering. We watched her for a couple of hours, & also tried to get some water down her throat to help dissolve the impaction.

I called the Vet Clinic in Tucson, they said bring her in, & they would keep her over night & do the surgery tomorrow. By the time we got there & the Vet saw her, she had cleared the choke on her own. The Vet went ahead & tubed her to make sure it was clear all the way to her stomach.

Some of the others, have choked, but we've always managed to clear it without Vet intervention. We've always let them go back to eating. The Vet said they withhold food for 24-48 hours to make sure there is no damage to the esophagus.........!!!! YIKES! an equine system is built to have food in the pipeline constantly. She really loves to eat, so she's going to think, not only did we desert her, but the new people don't have any hay to feed her. Her last hay was last night about 6pm, & they won't do the surgery until tomorrow afternoon, poor girl. We will go in tomorrow afternoon late, & pick her up.

Tula got brave enough today to let me take her fly mask off, without her being "trapped" between 2 corral panels. I told her what a brave girl she was. We'll see if this break thru, translates into putting the mask back on tomorrow morning..............!!!