Tucker & Mocha are going out during the day just like everyone else & he's getting along just fine.  Today he went in Ruthie & Ruger's pen, while they were still in it.........!!!  Hmmm, still working on his manners I guess.  John said Ruthie let him know he was in the wrong place.  Ruger went out of the pen & Tucker started trying to play with him.  John said Ruthie came over & let him know he wasn't allowed to play with "her" boy.  Geeez going to be hard to find someone at this rate.  So he went over & jumped on his mom.  John said he tried to play with Justin one of the minis a little bit too.  So he's getting into the herd slowly but surely I guess.

Still trying to get Jenny's foot to heal.  It's like a great big experiment, everyone has opinions on how to "fix" it & so far nothing is working very well.  I called Dr. Shamis yesterday & he suggested Metronidazole, which I have never heard of, of course there's a lot of things I haven't heard of but  I do wish they would make drug names shorter & not so much like others.  Does that name have actual meaning, or did someone just string a bunch of letters together & then try to pronounce it?  RANT..RANT..!!!

He also suggested soaking her foot in epsom salts water every day for about 15 minutes, I had been soaking a couple of times a week.  So today we started the Metro "whatever" & we'll see how it goes.  I always taste anything I stick in their mouths without their permission.  Believe me, this is nothing anyone would ever take because it tasted good, it is absolutely NASTY & leaves an aftertaste that I haven't found anything to get rid of it.  I mix it with water & molasses & you can't even taste the molasses over it.  So 3 times a day we'll get to wrestle her, this morning wasn't too bad, first time, have a feeling it's going to get worse each time for 10 days.  Oh! well hopefully it will get rid of the infection, which he said is probably in the coffin bone.  The coffin bone looked OK in November or Dec, so hopefully it's still OK.

Got these pictures from Claire today of Quilla. 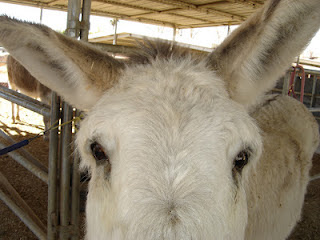 He has the most gorgeous eyes, they are like deep black pools going right into his soul....!!

He's going to miss all the one on one time Claire has been giving him, when he & Gus come back here next month.  Her grass is starting to green up & Quilla could probably handle it, but Gus can't.  I think she'll miss them too. 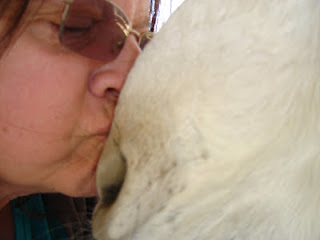 I will miss them TERRIBLY!
Quilla follows me around more than Gus does.
They are so funny when they play together. They are together most of the time, except when Quilla is trying to mooch leftovers from Thunder. It'll be interesting to see if they remain buddies when they get back to your place.

Yes it will be interesting to see if they stay buddies. I hope they do.

Metronidazole also known as Flagyl. I took it for 3+ months when I was sick summer before last.
What it's going to do for a hoof? At least it's cheap.
What does Courtney think it is?

Shamis said it is the best thing for going after non oxygen infection. He used bigger words but other than a resection this seemed the way to go. I assume you were swallowing pills, because it is absolutely vile tasting.