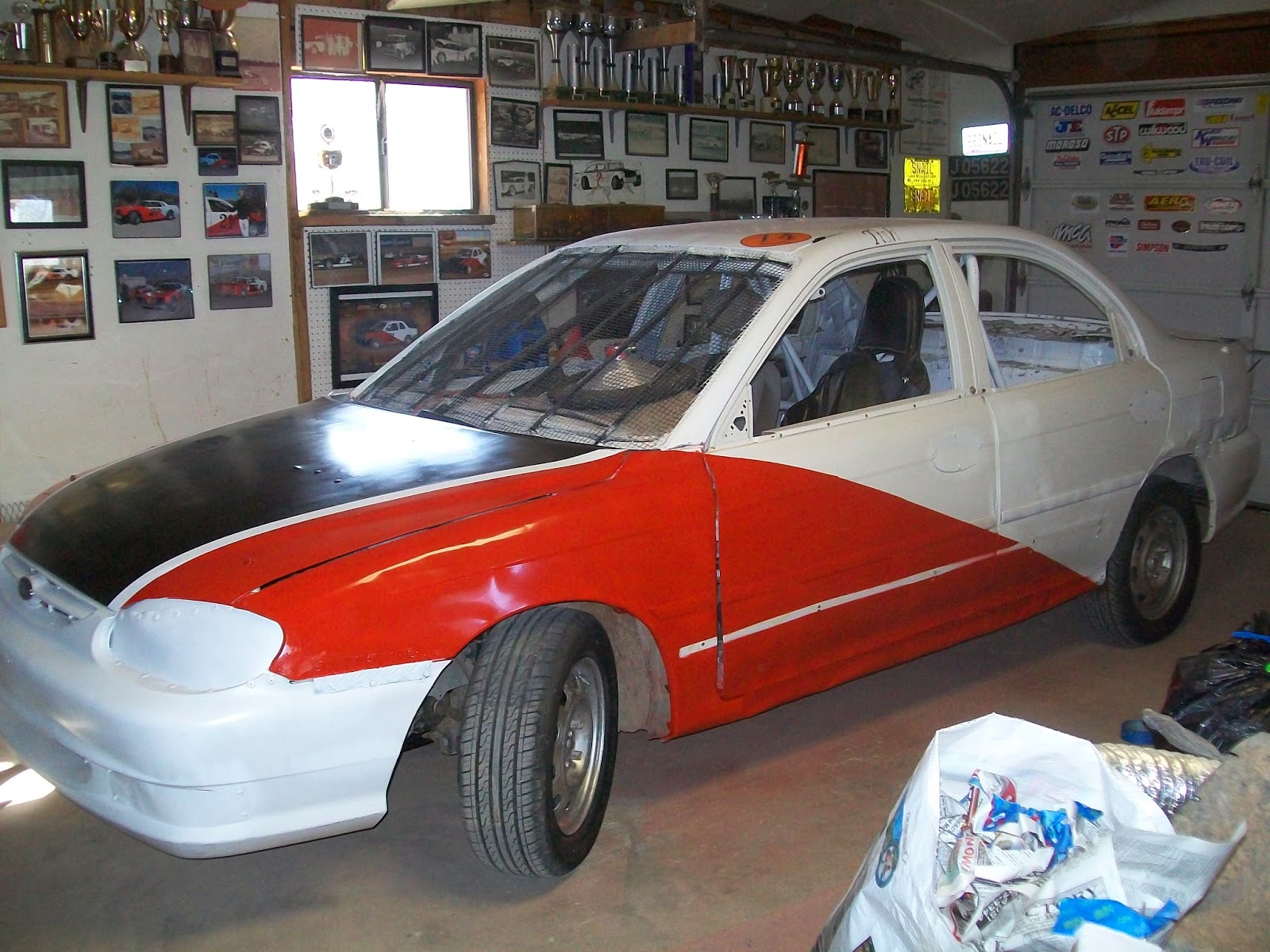 John said I should wait to take pictures, till he gets the numbers on it, but I thought it looked pretty good already. 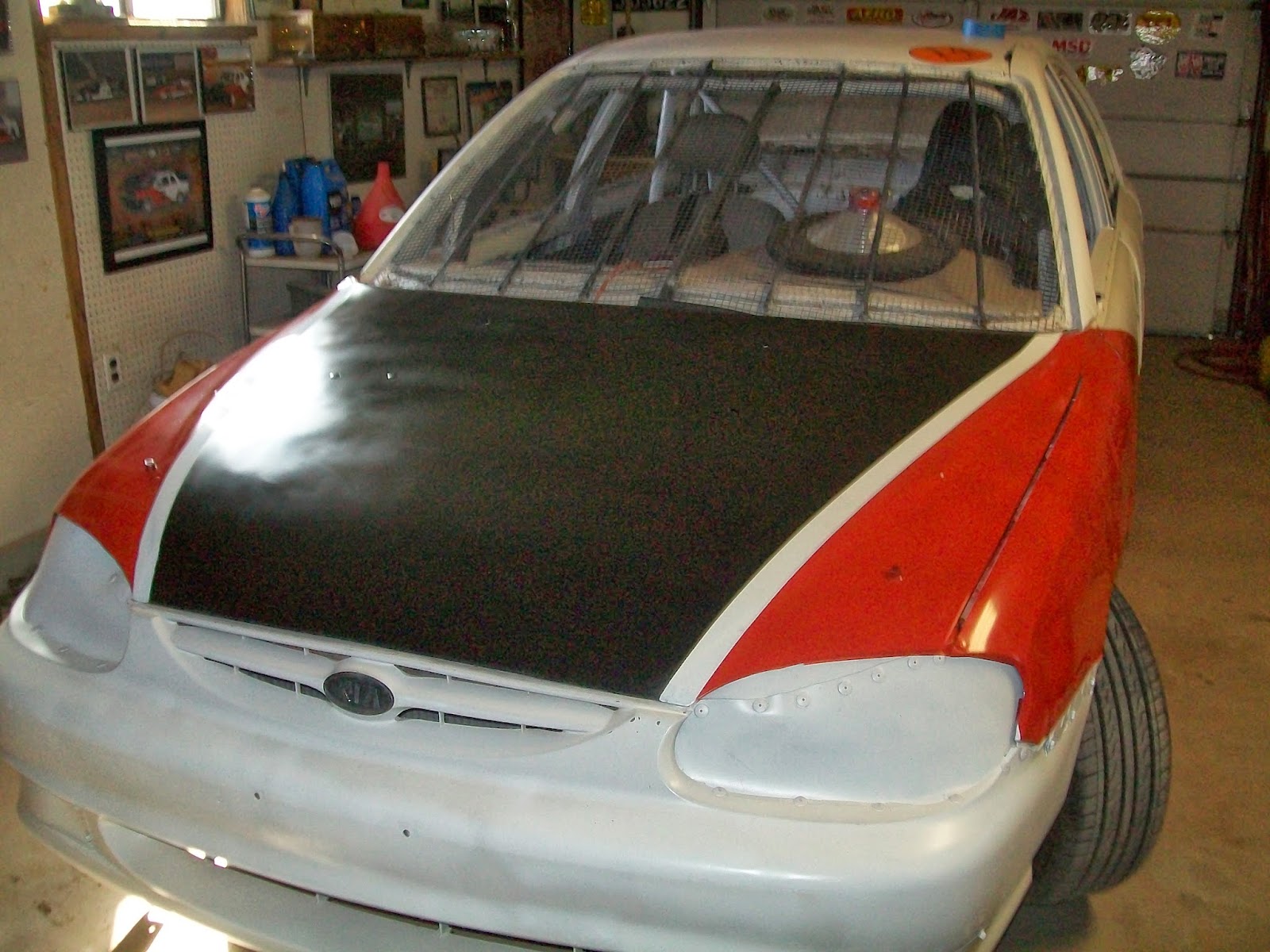 We're not sure about the headlight covers.  Or the bumper.  Last year there were no covers on the headlight openings, it was just open.  Our son Rod, put nice little covers on to give it a finished look, at least until they get mangled.  I think John is going to paint them black.

The bumpers were black last year, I think John's theory is, the white will show any paint off the other cars.  Not sure I want that information known on the front bumper...........LOL  Now if he wants to leave the back bumper white, I'd be able to know who had pushed on me.  With the front bumper I would be the "pushee", I'd rather not have any evidence of that.........!!!  LOL

It was really windy this afternoon, so John had to put it in the garage to paint, usually he just paints it in the carport.  I think about all he has left to do is put the numbers on the doors, and it will be ready to go next week-end, the 22nd.  I'm ready, my original goal for the year was to win a main event and finish better than 5th for end of the year, which is where I finished last year.  I won 2 main events in the Winter Extreme in January, so that's done, although they didn't give trophies.  So hopefully I'll finish good for the year, won't find out until next November.

We had a nice couple from the Vail area out to see the donkeys this afternoon, even though it was windy.  Lately people have been coming later in the day, so we go ahead and let the donkeys out of their pens.

Some of the donkeys stay with us as we walk around, Justin usually stays right with us.  He wants to make sure if any treats are offered,  he's available.

Penny let both of them pet her, she is getting better about being touched, as long as you stay away from her head.  I think she's actually better with strangers than she is with me touching her.  When she first came I put a halter on her and I don't think she's forgot it.................!!!

Rosie and Gigi haven't given up being stand offish though.  They will let you get about 15 feet away and that's it.
Posted by Tish at 4:54 PM

What a cool looking race car! I can see lots of potential for that baby. I think the bumper color logic is a sound one. Hahaha! Anyway, I hope all the donkeys are in the best of health. Thank you for sharing! Kudos to you!