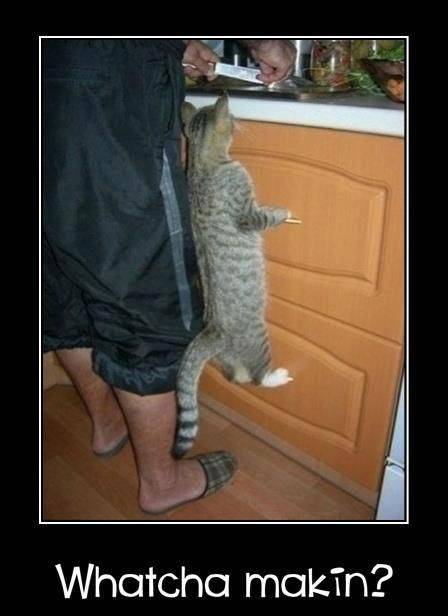 This morning after chores we let Red out.  She came out, calmly walked down below the house where the majority of everyone was, & started "hanging out" with them.  Of course when she moves they move, but so far no ear pinning or squealing.  The last I saw of the herd they were headed over to Burroland for a day of fun & frolic I guess.  Rusty was no where to be found, don't know if they are going to become an item or not.
She went in Rusty's pen this morning when we came thru with the hay cart & sorta challenged me when I told her to get back where she belonged.  Nothing mean, just "I don't think I have to do that".  Mules seem to have attitude when they get moved.  When Jack the mule that died in November came, we thought about calling his former owner to see if he had a special friend he was missing or something.  He was ALL attitude.  The mini mules are just now settling down, in fact this morning after I cleaned Molly's feet out, she & I visited on the feed room porch for quite awhile, just hanging out together.  I might add, I cleaned & sprayed all 4 of her feet at liberty this morning.  John stands by the head with cookies & a lifted foot gets a cookie.  You better be ready, because those feet fly up in the air.....!!!  Didn't take her very long to equate lift foot with getting cookies.
John remembered to not let Cheyenne out this morning before she got her shot, which worked out MUCH better.....!!! (G)  Not that she cooperated anymore, but at least we could cram her up to a corral panel.  Unfortunately she might be little, but she is stronger than John and more determined.  We got it done, but I think next time instead of tying her with her head in the corner, so she can back up, we'll tie her with her butt in the corner.  Should cut down on having to contend with a moving target.  At least in theory......!!!

Good for Red!
I'll be interested in hearing how your theory testing works out.