Last night we spent over an hour looking for Pepper, couldn't find him, up or down, either over here or on Burroland.............!!!!  We changed sides, John looking where I had looked & me looking where he had looked.  Everyone else were in their pens, so when we heard a bray over on Burroland we knew he was up, it was just a matter of finding the old buzzard.

I wandered around over there until almost dark & finally found him in an area John had been over 2 or 3 times.  I would imagine he was moving around, when I found him he was chewing on some weeds he'd found.  He willingly followed me, why can't he do that without us having to physically find him?

When we got done with chores I came in got on the internet & started looking for some kind of locator "thingie" that might work to track him.  Oh! boy they have a bunch of them, at all price ranges from $15 to over $2000.  I read up as best I could & decided to try the Loc8tor Pet device.  It's small enough, it's used on cats by attaching to their collar.  If it's small enough I'm hoping I can attach it to his fly mask up between his ears, which should be out of the way if he gets down & starts thrashing around.  It has a range of about 300 feet max, which on 30 acres isn't much, not to mention the added barrier of lots of mesquite trees to block the signal.  But one woman told how she covers a larger area, so hopefully it will work out.  Spending a lot of time looking for him, isn't good for us or for him. 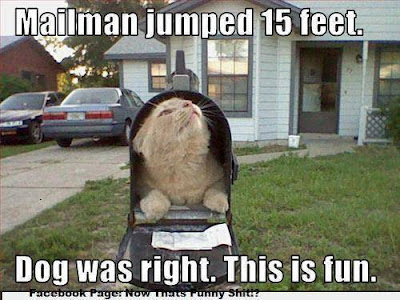 And this is what makes you & John so special!
Anyone else would say "Enough!" and confine him to a pen or area but NO! you find a tracking device so he can still be a happy donkey. You know I love you guys!
BIG HUGS for you & John &...the "old buzzard"

Thanks, but I'm not sure most people would agree with you. Mot sure we could confine him if we wanted to, considering the blown knee & how tottery he is on his front legs, he can deep holes deep enough, he can't get out of them once he digs them. Of course he digs them at the gate, so we have to carefully navigate to keep from falling in them. Tried putting a stall mat at the gate, so he digs at the edge of the mat........!!! He is so much fun to watch the little cogs in his brain work. Who would want to miss all that entertainment?