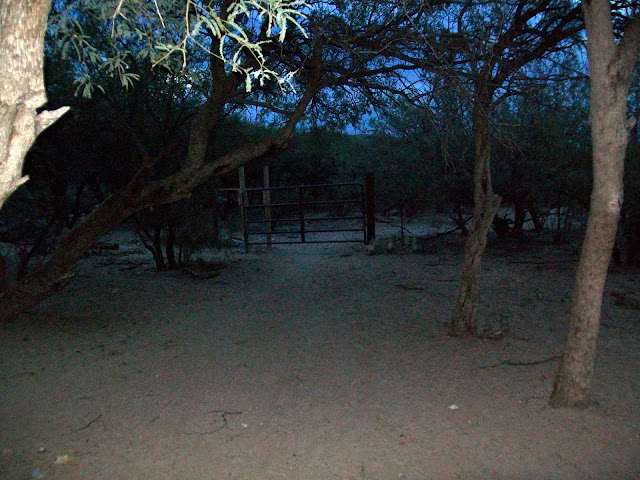 This is how the gate looked last night after I closed it.  We had a big wind storm yesterday afternoon and below is how it looked under just one tree.  Unfortunately this tree is on the house/pen side, but the good news is, these beans are inside a fence. 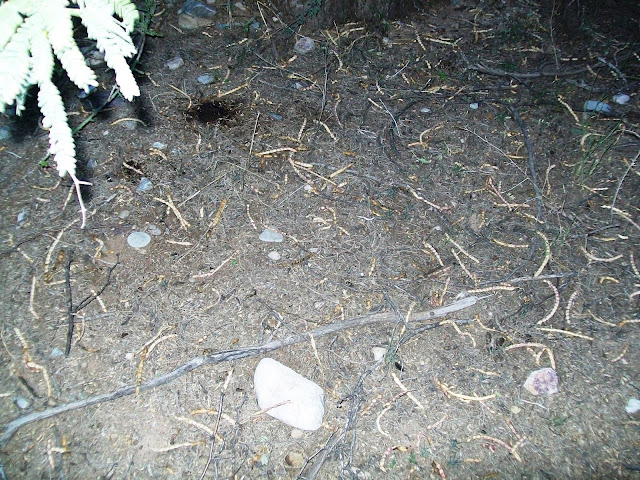 All of them have gained weight and there is very little interest in hay or feed.  Sometimes John closes up the pens and the hay they left is there for the next feeding.  They don't even care.

This morning Reba the big red mule was standing out by the pens.  Rather than head for her pen like she usually does, she took a round about way, via across the wash and towards the Burroland gate.  John said she got over there, walked up to the gate, looked over her shoulder at John, as if to tell him, "the stupid gate got shut............FIX IT........!!!   He said she turned around and went to her pen, but I guess she wanted him to know someone forgot to open the gate.

This morning John went over and said the cows have been walking along the fence line, so it shouldn't take them too long to figure out they have access to new territory.  We'll give them a couple of days to find the gates open on their own.  If they don't we'll put a pile of salt in the opening, that usually does it.

I don't know how long it will take to get rid of the beans, but I do know they aren't going to be happy about the situation.  Who knows, they might even take an interest in their hay, before this is over.
Posted by Tish at 1:07 PM