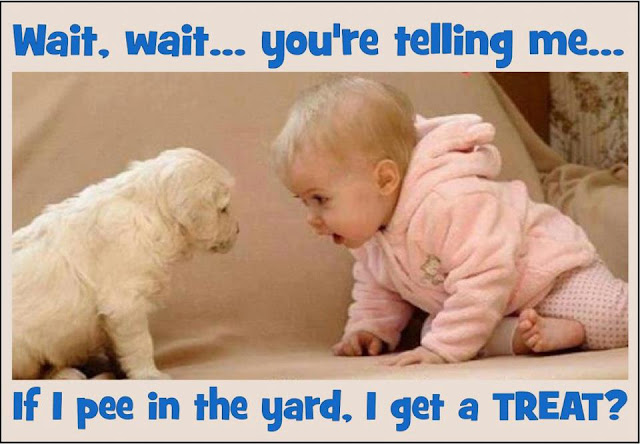 It was bound to happen.  A couple of days ago, he & Quilla played all afternoon, bite, bite, rear, rear, chase, chase, guy stuff.  I'm surprised, Quilla isn't any spring chicken, mid to late teens.  But he hung in there & wore the little guy out, the first thing Wister did when he got in the pen for supper was plop down for a nap.

Yesterday afternoon when John went out to do round-up, Wister & Justin were playing & Wister didn't have his mask on.  Hmmmmm........wonder how that happened?  Justin has been known to take masks off, sure hope Wister wasn't paying a lot of attention, because he's been trying to get Ruthie's off, just hasn't figure out how yet.  We were feeding early, to go racing, so didn't have time to look for it.  Today we're too wore out to go look for it, but I had an extra one, so no crisis, unless it becomes a habit.......!!!

This is what the car looks like this morning, not bad, certainly could be worse.  Dirt doesn't count...!! 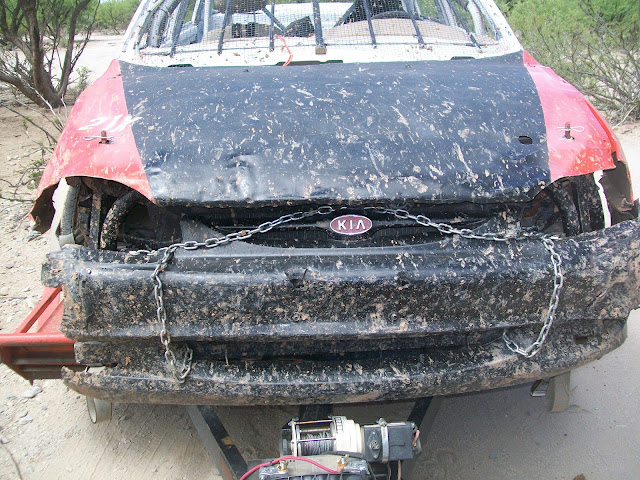 There is a "slight" problem though 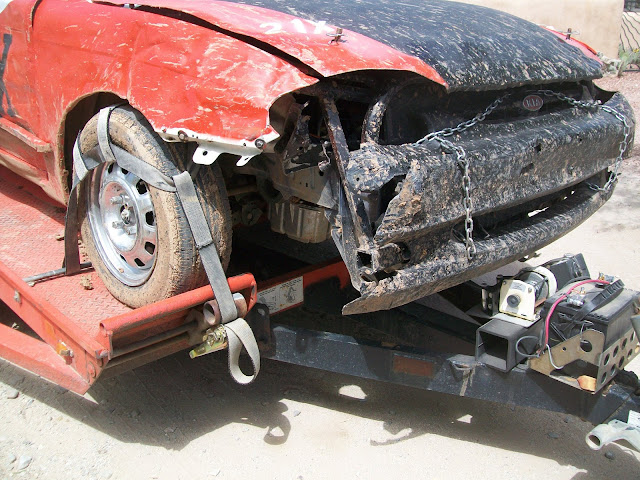 I finished 4th & when I came in, John was telling me how good I did & all that "warm fuzzy" stuff a racer likes to hear..................until he saw the right side of the front.  He came over & asked me where the rest of the bumper was..........I don't know, I was busy....!!! LOL  But I had a pretty good idea, when it happened.  When we went to get paid, one of the guys that I'd had pretty good contact with was in front of me in the pay line.  I asked him where the rest of my bumper was.  Scott is a real nice guy & not real aggressive on the track.  He started apologizing all over the place, thought he was going to offer to go help me look for it.  I started laughing & told him I was teasing him.  Actually it might have been stuck in his car someplace.  One time I came back with a guy's tail light cover stuck in the side of my door.  I graciously returned it to him, it's easier to pound out body parts than to build new ones.