RUSTY'S PLAYING GAMES WITH ME 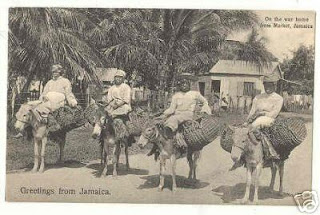 Rusty has settled back into the horsey group, like he never left. But we are having a small battle of wills twice a day. He has allergies to something year round, even during the winter when you would think plants would be dormant. So it could be dust or something else. We certainly have plenty of dust. I used the generic Benedryl on anyone with goopy eyes or itchy spots & it seems to really make a difference. Rusty has goopy crusty eyes constantly, but they clear up if he has his daily Benedryl. When he came back I started out throwing them in his feed bucket, which is my usual method. Checked later & the 4 little capsules were still in the bucket. I tried feeding them by hand with a small amount of beet pulp. "not interested" Tried a small amount of Omolene 300 which obviously tastes great to equines. He managed to pick the Omolene out of my hand & drop the capsules on the ground. By now, it's becoming a matter of principle........at least on my part. I upped the amount of Omolene to as much as I can hold in my hand & "hid" the 4 capsules as best as I could. This has gone well for the last few days, although he is suspicious. Yesterday in the process of him cleaning out my hand, one of the capsules dropped on the ground. I thought, "one capsule, he won't notice it", so I "hid" it in his feed bucket with his beet pulp, pellets & soaked hay cubes. Came back later, bucket was polished clean, capsule was resting on the ground.............!!!! Grrrrrr.........!!!! Almost every day I am shown how little I know, & trying to outsmart them takes constant effort.

Had a real nice couple come out & visit with the donkeys yesterday. They've never had donkeys & have 8 acres that is just begging for some. They came right at feeding time, so everyone was here & eager to show off. We don't have any donkeys that are healthy enough to go out with novice owners, so I hooked them up with a couple of young BLM donkeys that are looking for a new home. Haven't heard, but hopefully it will work out for everyone.

I've added a link to some great information from the Colorado University for feeding during drought or times when hay isn't available. Check on the right, under Great Reading.
Posted by Tish at 8:07 AM

Tish,
I had the same problem with Tio Mio our donkey. He had to have oral antibiotics for 14 days. The first 2 days, I did what our vet said; mix the powder with Gatorade (orange flavor, said he). He drank the potion for two days. I thought how easy the next days would be. Right!
I tried everything, letting him watch while I drank some of the mixture! Tio would have none of it. Finally I had to get a 22cc needleless syringe, mix the antibiotic in that, halter the little guy, and tie him to a post. Holding his head up a little, had to force the medicine down him. Then he would get some healthy treats to get the bad taste out. They can't be fooled...Too smart :)

Of course they are smart,& such fun to hang out with.