THE SPRING WINDS ARE HERE FOR AWHILE 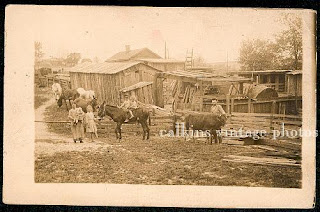 Much to everyone's disgust....!!!!! I keep telling them I can't fix it, but I swear they still give me dirty looks, like it's my fault.

Tomorrow Rocky will be going to his new home. It's still suppose to be windy, & hauling a trailer isn't much fun in wind. It's only down to Sierra Vista so hopefully poor little Rocky won't get flopped around too much. John is a great "trailer puller", so he'll do everything he can to make it a good trip for Rocky. I've ridden in the trailer, & it has a real good suspension system.

Once Rocky goes to his new home, we will try feeding Daisy out of her pen with Buster, Lucy & Frijolita. There's no reason for her to have to eat in a pen. Once she figured out we would let her out of the pen, after she had eaten her hay, she picked up the pace on getting rid of that hay, ASAP. Then she stands by the gate, & chortles at us to let her out.

The other 3 eat at about the same pace, & aren't chow hounds. If that works out she won't have to go in a pen at all. She has really gotten into this roaming around routine. She hangs around where Lucy & Buster is a lot of the time, & they would be perfect friends for her. So hopefully if they all eat together they will develop a little herd. Frijolita likes to hang with Tula & whatever group is running with her at the moment. Usually when she finishes eating she will go stand by Tula until we let her out.

A friend is going to help me trim Daisy's long hair for summer. Her Mom said she does lose most of the long thick hair, but we'll help her "shed" out a little sooner. It's warmer down here than it is around Prescott, so I'm sure she will appreciate having a "buzz" cut for summer. Not sure when we can do it. Katie's a vet tech, so we'll have to work around her schedule. I doubt if we will do it all in one session, it depends on how Daisy takes this new experience.
Posted by Tish at 9:50 AM