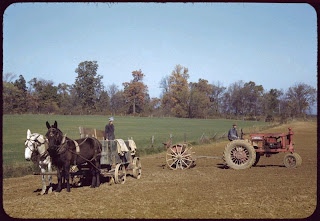 This morning we found Judy's pergolide capsule from last night in her bunk. After she had eaten her hay, we found not only that one, but the one from this morning also. Hmmmm! I had been cutting a vitamin E capsule in half, sticking the pergolide in one & the consistancy of the gooey stuff inside, hid the little capsule, or at least it had before. The thrill of a carrot wore off a few days ago. So I tried her with an orange, which most of the gang think is really tasty. I got within 3 feet of her with a 1/4 orange & she took off. I don't want to have to syringe it into her twice a day, it's not a good way to develop a relationship. She still isn't sure I'm worth her time & effort anyway........!!! (G) So I tried a piece of apple. After a suspicious smell she took it, but didn't eat it with relish, although I didn't find the capsules in the little pieces she dropped. That took care of this morning, tonight will be another battle of wills probably. I swear when she looks at me, it's like someone looking at a bug under a microscope. We haven't done anything invasive to her, but she sure thinks we're up to something on a regular basis.

I've been trying to get 1/2 a bute into Frijolita for her pull groin muscle for a couple of days. The first time or two she ate a carrot with the bute hidden inside. Starting yesterday, no more carrots, THANK YOU VERY MUCH, & I also get a suspicious, hurt look from her. Last night I tried mixing the bute into applesauce..............!!!!! NOPE! So this morning I mixed it with a little pancake syrup, applesauce & enough water to go thru a 60cc syringe. She was easy to give it to, although swallowing it took awhile. I'm not use to all these judgemental types. Most of my guys, will eat bute dropped in their feed buckets, well except for Pepper. He's more like these two. She's walking better although not putting a lot of weight on the right rear. I checked her groin this morning & it's still very sore, but I went ahead & let her out of the pen to roam around. Hopefully a little exercise will help it feel better.

I'm still massaging Chester's bad leg every morning. This morning when I was stretching it, he pulled back, which is good. He was mouthing all the time, so I assume it felt good. Then I heard a little pop noise. I was afraid we might have hurt something, but he kept mouthing. He has really been walking good. Martha seems to think if we can keep working on the leg & keep the tendons from shortening, that he will continue to improve. He'll never be sound I don't think, but the leg doesn't seem to be painful. When he first came out here about 2 1/2 years ago the frog on that foot was atrophied & was not working & he was 3 legged lame. Right now the frog is almost down to the ground, which is great. Maybe it will start working as a shock absorber like it's suppose to do.

John saw some flies on poo a couple of mornings ago. I hope that doesn't mean we are going to have an early spring. I don't like to start putting on fly masks until at least April. Actually putting & keeping fly masks on these guys is a lesson in futility anyway. There are enough of them that see fly masks as toys to keep us busy putting them back on or trying to find them. The woman that has made them for me for years, is no longer making them, China & the price of material basically priced her out of the market. Unfortunately the commercial ones don't hold up like Betty's did, but I've got a few extra ones. Once they are all gone though, we'll be going thru fly masks at a rapid pace I would imagine.
Posted by Tish at 12:19 PM