THE HERD IS GROWING


We had been asked to take this little mini jenny.  Some people moved out of an acreage, other people moved in and a few days later..........SURPRISE.  They had no idea there was a donkey on the property.  As you can see from the picture of her feet it's been awhile if ever she's had her feet done. 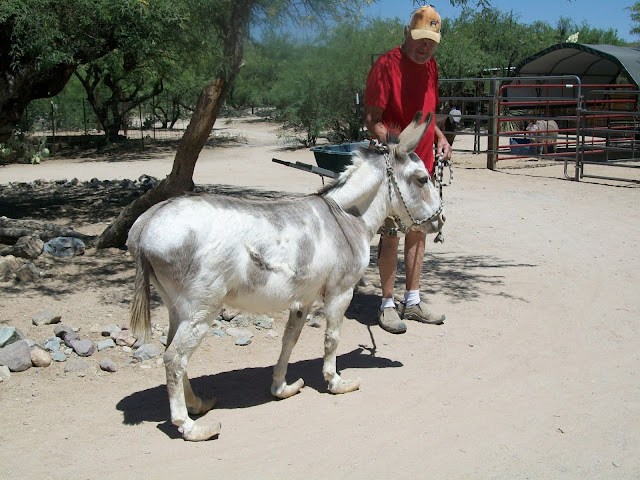 She came out of the trailer letting us know this is not what she had planned for the day.  She looked at us like we needed to find something else to do besides interfere with her life.  I have a feeling she is use to relying on herself and people are just a nuisance. 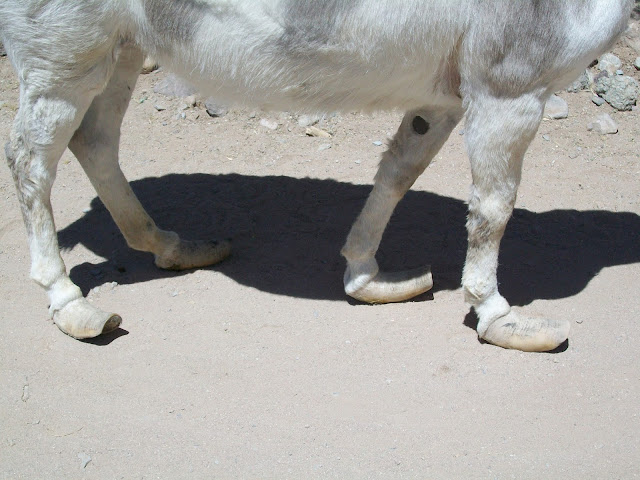 I've already e-mailed Tyler the pictures. someone has used a saw-all or something to cut off a lot of the excess length of the hooves.  These have been growing for quite sometime to get that long.  Last time he was here we were talking about getting her and he said if the feet were bad to give him a call. 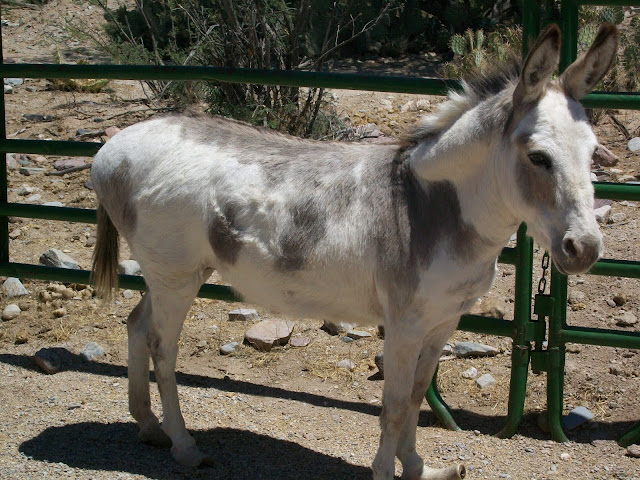 The new people had been calling her Sister, I'm sure we can find a better name for such a pretty little girl.............anyone have any ideas?
Posted by Tish at 12:08 PM

Kara , Jenna, Fancipants or Fancipants
I hope her feet can be cared for. Little SWEETUMS.

For some reason Sally popped into my head when I saw her picture. Those poor feet, bet she will feel like a brand new donkey when those get fixed!

We did some brainstorming and came up with Sasha. That way we can call her Sassy Sasha, when needed........LOL She seems to be pretty sassy, but that name didn't make the cut.