This morning John and I got out the clippers and whatever else we thought we'd need and were determined to get DJ's mane clipped.

He's not a real fan of men, so John watched just in case it didn't go well.  He led over to the feed room pretty good and was willing to cooperate until I turned the clippers on.  They are huge Stewart's cattle clippers and sound like a diesel truck or worse.  Can't blame him if he's never heard them before.  He just wanted to get away.  So I left them on and fed him animal crackers and it didn't take long for him to be willing to try it and see. 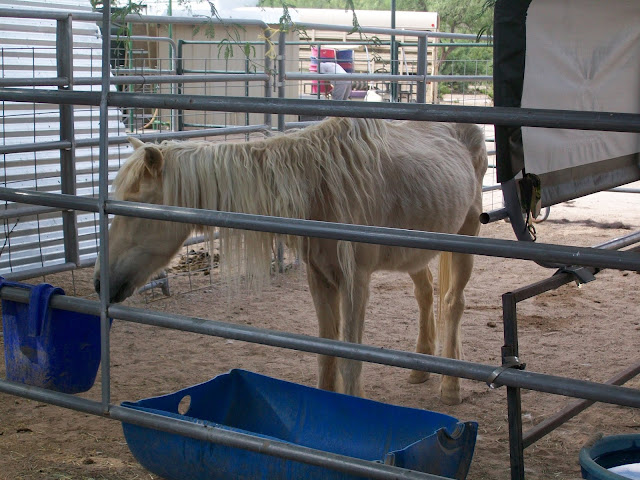 This is how he looked yesterday 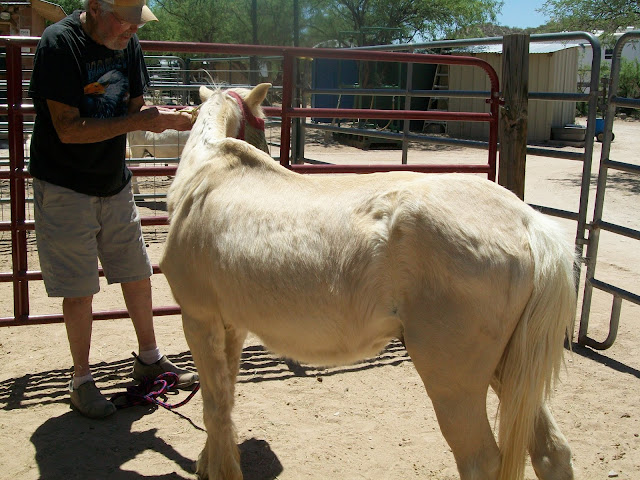 He didn't really mind the clipping just the noise, but he settled down and we got it done. This is how he looked afterwards. 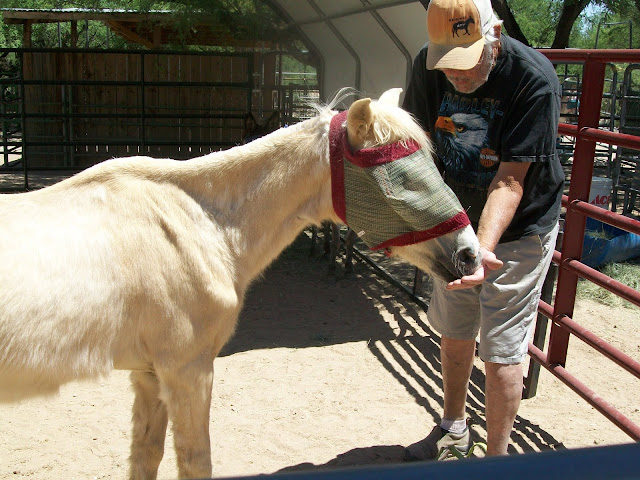 John's not so bad after all, he led DJ back to his pen and of course fed him some of the required animal crackers.  Yesterday DJ wouldn't take crackers from John at all, so he's more than willing to meet us half way.

Well except for the belly, so far the belly is off limits, you'll notice it's still pretty hairy. 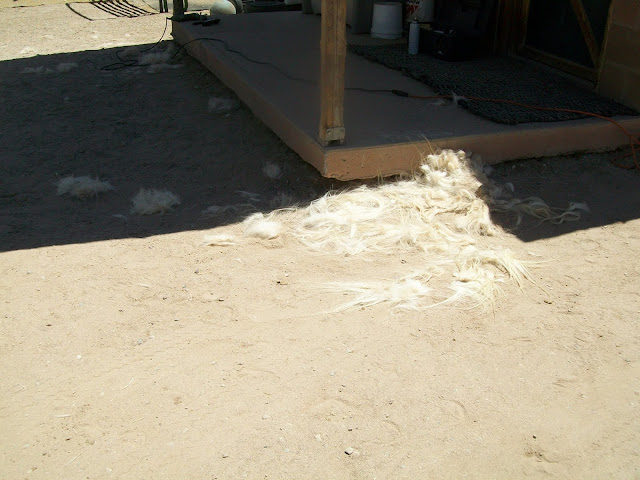 Too bad I don't know someone that makes horsehair ropes or halters, his mane was so long it would probably be really nice to work with. 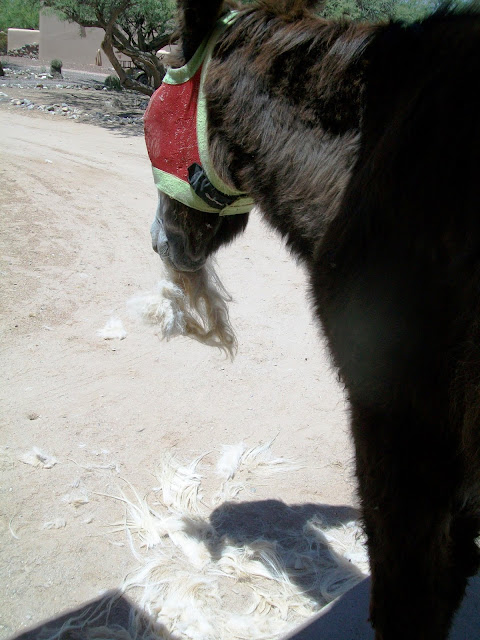 He should feel better with out that extra weight on him. He looks better already, a few pounds will make him look even better. It is really hard to keep weight on a pony that old. Our old horse lived into her early 30's and sometimes looked poor. My dad bought feed that kind of melted in her mouth and she could gum it down. She was born on our farm lived her whole life there and died there and had a very good life. Sorry I get carried away and talk or write to much. People even have told me I talk to much. It comes from living alone I think.

Your old horse was very lucky to be born, lived and died on the farm. Not many animals can say that. The average donkey will have 7-9 homes in their lives. Big Gus has been thru here 3 times, that's why he isn't going anywhere else, he's traveled enough, although I don't think it probably bothers him to move around. He probably seems it as an adventure......!! LOL

And I should have added buried on the farm.