NOBODY KNOWS WHERE THEY BELONG.....!! 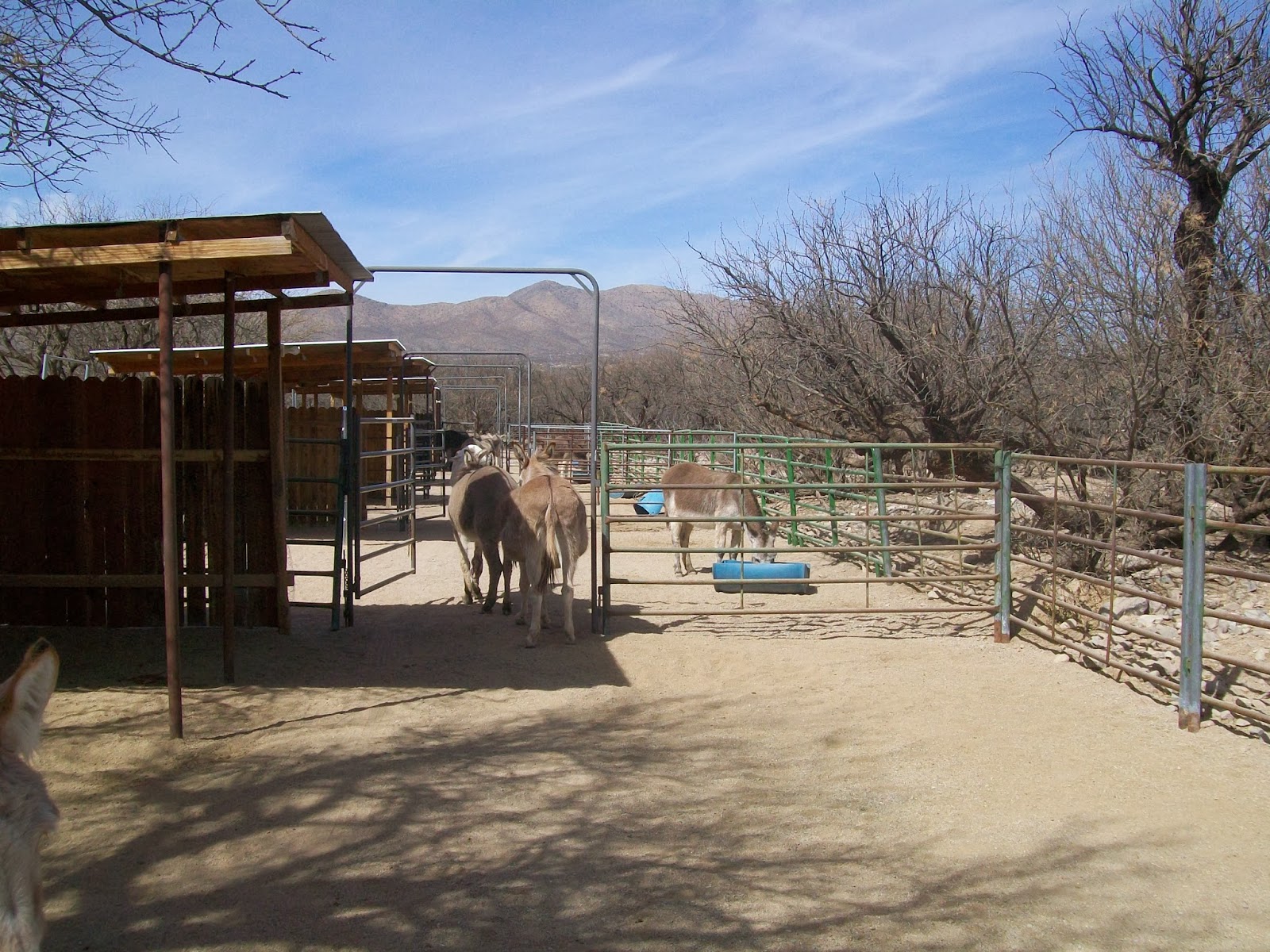 If you look down thru these 6 pens you will see donkeys all along the way.  Unfortunately none of them are in their pens, they are in someone else's pen.  When we let them out most of them "rush" to see what has been left.  Believe me they know which pens will have the most goodies left, which of course causes a problem when 2 or 3 of them head for the same snack area.  BlackJack and Boaz are always in each other's way, talk about a bunch of posturing and yelling.  You'd think they were both vicious monsters ready to kill each other to listen to them.  Since both of them are big bluffers, nothing ever comes of it, they take turns going to find another area that might even be better......!!! 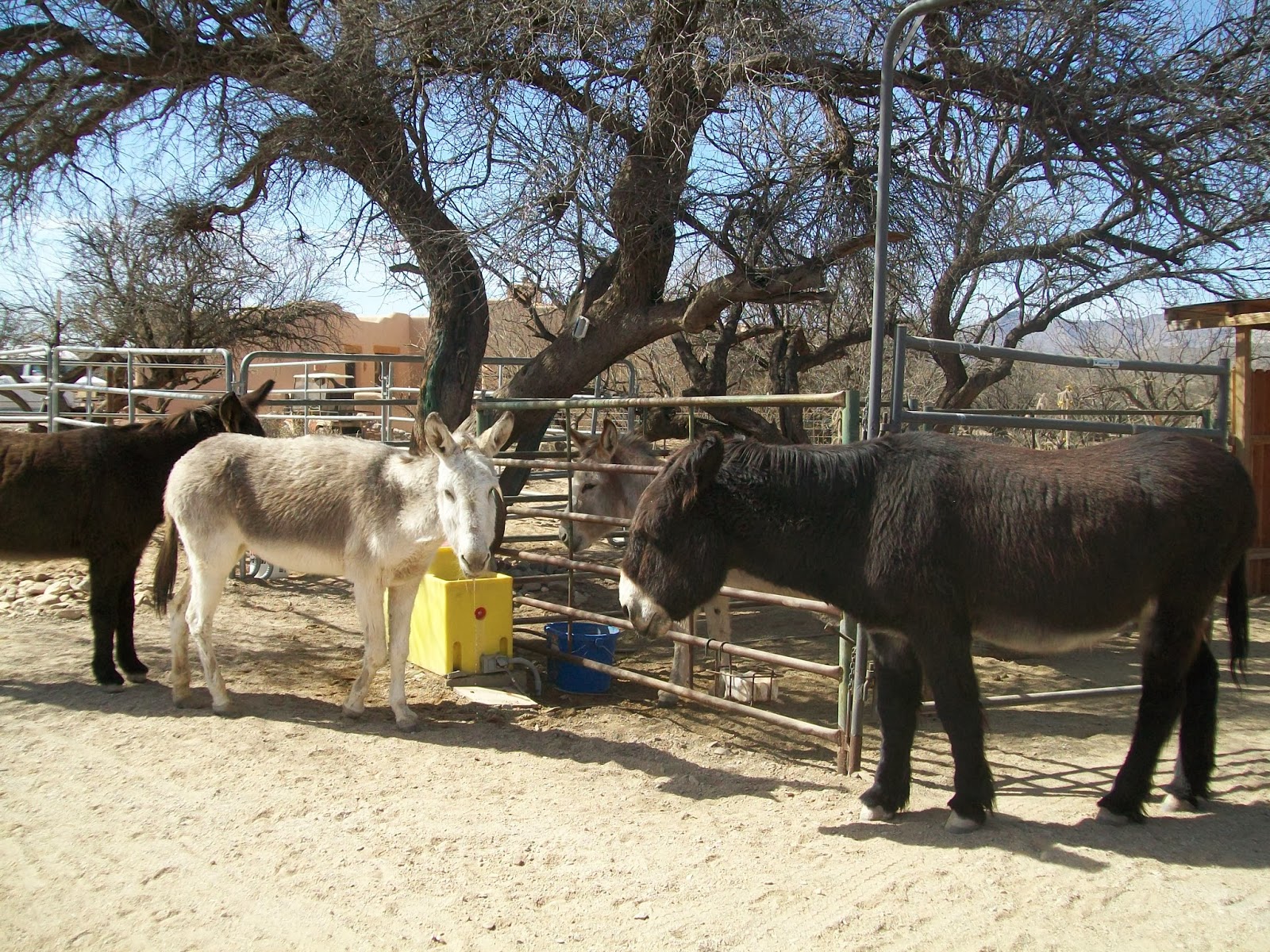 This is Coquette and Penny at the Ritchie getting a drink.  BlackJack is being polite and waiting his turn.  I guess it just depends on who is in his way.  He likes to ruffle Justin, one of the mini's feathers too.  Unfortunately most of the time Justin will stand his ground, which ruins BJ's bluff.


Today was a practice day at the track.  John went in to help a friend of ours if he needed help.  Actually I think John mostly went to be nosy.  He called and said he'd only seen one new hornet so far.  We could have taken my car in and played, but it just puts wear and tear on the car and motor.  We don't race until the 22nd of March.  As beautiful as our weather has been, I'm ready to go racing, probably by the end of March we will "finally" have winter .  I hope not, there is nothing more miserable than sitting in staging waiting to go out on the track when it is cold and/or windy and the race on the track isn't going well, too many yellow flags. One of these days I'm going to fall asleep sitting in my car and they will either have to wake me up or drive around me.  I've been close a few times.......!!!!   LOL