I REMEMBER A MOVIE, DECADES AGO, THE LONG HOT SUMMER, I THINK IT'S HERE

I did OK I guess.  Had my best finish of this year a 7th.  We ran a chicane, in other words a obstacle course of sorts.  Certainly added a new dimension to racing and I hope they don't do it again.....!! LOL  They manage to mangle 3 of the 4 corners of my car, well one of them I did on a good friend.  He squirreled and I was "right" there.  The other 2 were undeserved, anytime I get damage to the rear of my car, I'm not happy.  John let one of them know he wasn't happy and I took care of the other one.  He's a new driver, but that doesn't excuse him using the back of my car for a brake. 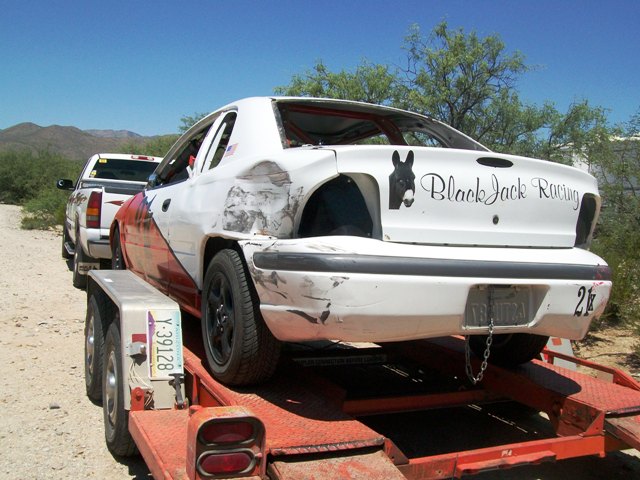 Poor John now gets to try to pull out the dents.  He'll get them out, but my car won't be quite so "purty" in the future.

Doug got to feed by himself.  It's really good to have him here, to feed when we go racing.  Otherwise we'd have to feed them about 1pm and they would have to stay in their pens until we got home about 1am.  It doesn't hurt them, BUT, they think it does.   Years ago, when we use to come in late and they were still in their pens, you never heard such pitiful braying, when I'd get out to open the gate.  We raced about 130 miles from our gate, so we got in REALLY late and they let us know it.  He said everything went smoothly, which is always good to hear.

Talked to Casper's foster "dad" today.  He said Casper is getting friendlier with them, but is still trying to attack Gizmo, the "good" little mini mule thru the fence.   He certainly doesn't give up..........!!! LOL I guess the other day one of his 2 goat buddies, went after one of their dogs and Casper slammed the goat.  Jeesh, I guess he doesn't want anyone attacking anybody, except him.  Should have named him Enforcer, I guess............!!

We had enough rain the other day to flood some of the pens that need sand/gravel brought in.  John has the tractor and bucket, and Doug has a shovel and rack.........but it is just too hot right now to be grooming pens.  Felena and Selena's pen was relatively dry and empty, so we moved Quilla into that pen, his pen was a mess, almost completely flooded.  The girl's pen has a real shelter, and is much more spacious than his pen, so we might just leave him there.  His pen is actually a temporary pen we set up years ago, and it's been in constant use every since.  I'd like to take it down and make the alleyway between the east and west pens wider, but sure as I do, we'll get an emergency call, for a donkey than needs to be rehomed, right now...........!!!!  Sigh 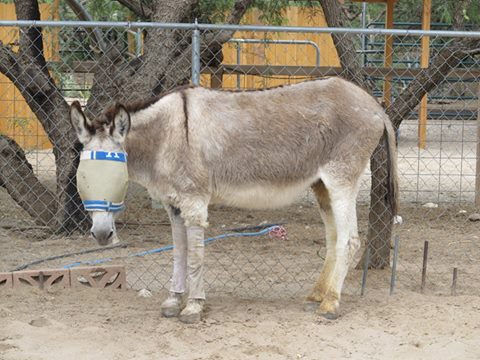 Gus in his favorite sand bathing area by the dog pen, thanks Doug for the picture
Posted by Tish at 2:00 PM