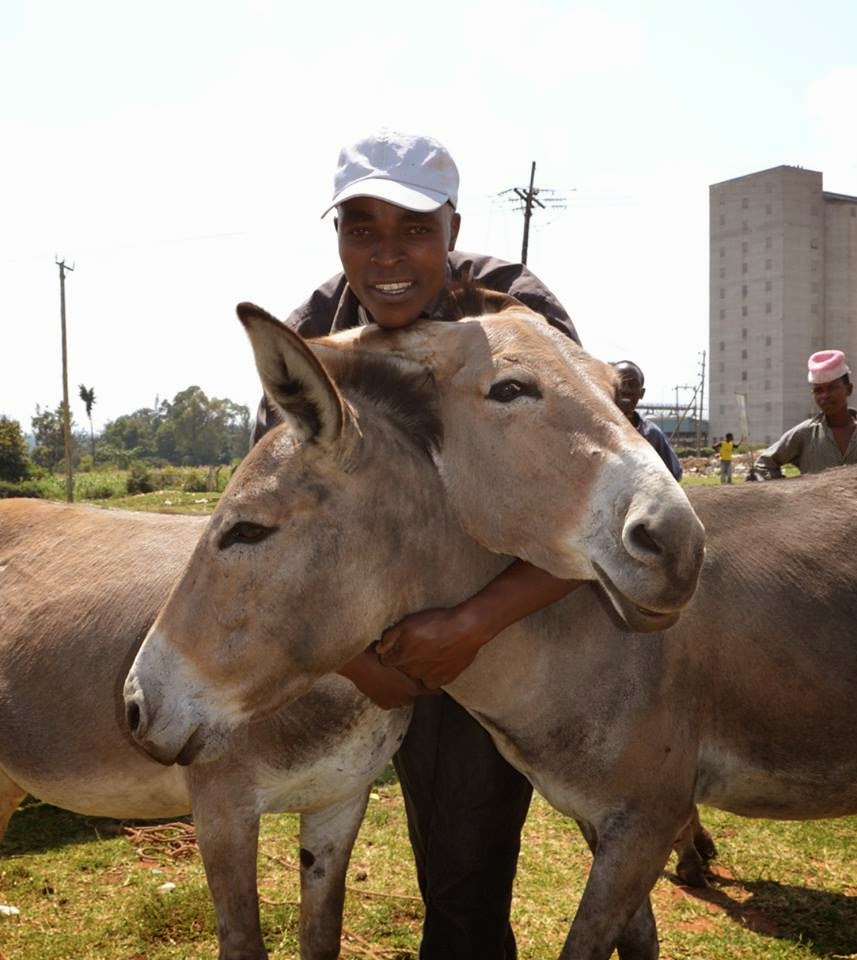 GOOD KENYA OWNER - ALL DONKEYS SHOULD BE SO LUCKY

John noticed last night at feeding time that Rosie had blood on one of her front legs.  I had noticed earlier that her legs looked like they might be interesting to the flies.  But the place he saw was where she had bit it, either because of flies or because it hurt or itched or something.  To late to do anything then, so I decided we'd work on her this morning.

She will let John put her fly mask on and will allow him to pet her, BUT if you want to do anything more than that, she has to go into the squeeze.  Got her in the squeeze and we had to go thru the "you're not touching my leg and if you do you are going to have to move a 1/2 inch at a time."  We're talking about from 3 inches above her knee to the coronet right above her hoof.  And all this time John is shoveling animal crackers in her mouth, while I try to not get an arm caught in the corral panel.  What is really irritating about her is, she isn't the least bit afraid of us and acts like she has actually been messed with.  But at this time in her life she has decided she isn't interested in cross species relationships with people.  We had to come to an agreement about biting again, just because I am messing with her leg does not give her the right or use that opportunity to grab my hand or arm with her teeth........!!! LOL  I popped her nose about 6 times before she gave up.  So back to getting her to let me touch her leg, ALL OVER.........!!!   Once she decides to let you do something, she stands perfectly still.

Not sure what she's got, it's dry scabs, although there is dirt mixed in with it, so I assume it has oozed at sometime.  For today, I wrapped the worst one with zinc oxide, brown gauze, tape and covered with Elasticon tape.  The reason for that is I think she will try to take the whole thing off, just a feeling.  I hope the zinc oxide will help clean off the dirt and scabs, so I can get some idea of what I'm dealing with.  It doesn't look like what Quilla gets which ends up as little bloody circles, or what Cisco gets, which oozes a horrible sticky serum. Boy I wish I lived close to a vet school.......!!!

The other one isn't near as bad, so I went ahead and put some Animax on it & left off the Elasticon to see if she will leave it alone and that would be enough bandaged.  I wouldn't be the least bit surprised if she comes in tonight with both bandages off and looking quite proud of herself.....!!! LOL

Moving Ruthie in with the boys is going pretty good.  She gets cranky with Ruger when the mush runs out, guess she doesn't remember he's her little boy too.

We'll get to do it all over again tomorrow morning.
Posted by Tish at 12:41 PM