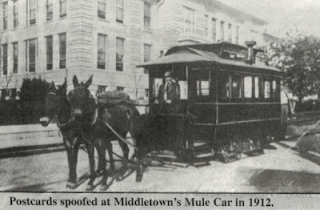 We were suppose to go to Tucson today, but this morning Tula was not acting like Tula. Maybe her standing in the shed yesterday which was unusual for her, was a sign that she didn't feel good. Instead of eating with her usual gusto this morning, she was picking at her hay & just standing around. We got her in the squeeze & the first thing I checked was where the cactus wound was on her belly. It is all healed up & she didn't react when I pushed on the area. She is running a little temperature, but for the most part, I didn't find anything out of the ordinary. I called the Vet & we decided to give her antibiotics for a couple of days to see if that makes a difference. The Vet said there might a small abscess where the cactus thorn punctured her belly. Or it might be something else completely. We'll watch her for a couple of days & if there isn't any improvement the Vet will come out.

Before we let her out of the pen, all of her little followers were standing around the gate waiting for their marching orders I guess. Once we let her out, she only went to the next big shade tree & has stood there for most of the afternoon. Hopefully the antibiotics will kick in & she will be her flighty suspicious wild child self by morning.

So I stayed home & let John go to Tucson. We would have waited until tomorrow, but we have been using the quad to haul hay at feeding time, rather than the golf cart. The cart quit about 3 days ago, & it's taken awhile to figure out what, is wrong with it. So John headed to town with a small black part to replace. We didn't realize how much easier using the golf cart is than the quad, so we're rather anxious to get it back into service. The quad is much more exciting to drive, except there is no place to put all the hay buckets. So if you hit a bump or get on unlevel ground, the buckets slide off.
Posted by Tish at 1:46 PM