I guess you could say the donkeys are "nosy" neighbors.  They like to "participate" in any and everything the movie people try to do.  I don't think any of them have been around donkeys before, or if they have, not a whole herd of them that are loose on the property and insist on knowing what's going on. 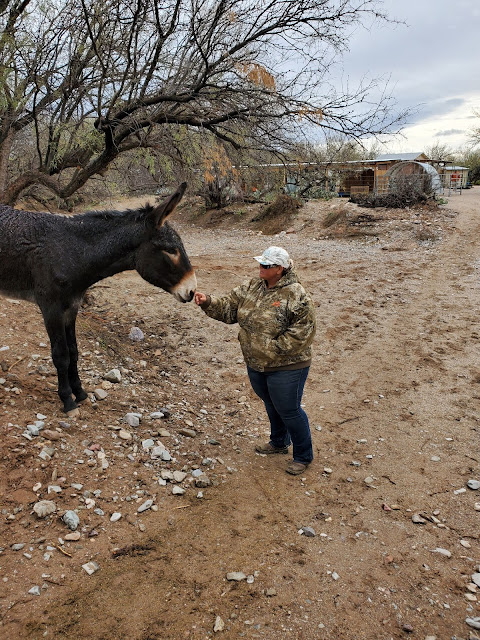 One of the wranglers getting to know Link....! 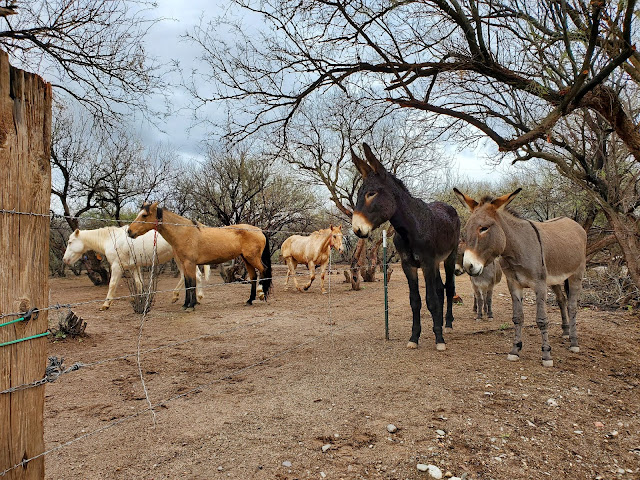 What's really funny to us is when they are moving the horses back and forth from Gammon's Gulch, they have been asking, if Casper is in his pen.  The little devil has them buffaloed I guess. 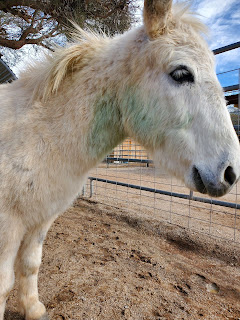 I think Linda took this picture yesterday, when Casper was in his pen and one of the movie guys was trying to make friends.  He went in the pen and squatted down to Casper's size and did all the things people do to get an equine to come to them.  He left disappointed, this was about as involved as Casper got.  The green paint rubbed off on his neck where he's been sticking his head thru the corral panels to "get" the horses, shows up pretty good..........LOL 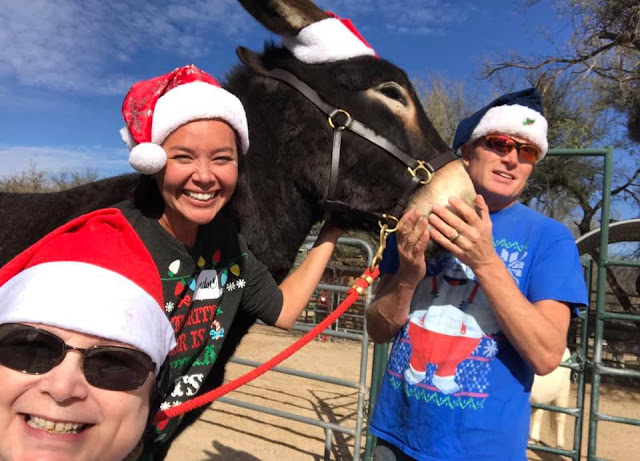 Here's a nice selfie Mindy took during the Open House


Boaz doing his thing during the Open House.  He has learned over the years the people love to see him "talk".  He has perfected his technique over the years and gets a lot of attention.

That's Tula in the background wanting the people to hurry up and come to see her.
Posted by Tish at 6:49 AM