Doesn't he look angelic?  I had a tour this afternoon and the donkeys were out on the 10 acres.  One of the women couldn't walk all over looking for donkeys, although in reality, most of them came up to us to see what we were doing.  I took her around in the golf cart. 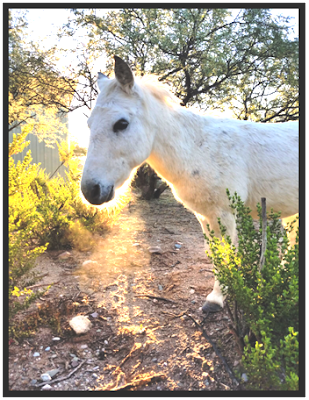 We had seen most of the donkeys, but Link the mammoth was missing and I figured he would be down below the house.

Last night we did a Christmas parade at the Butterfield RV Resort in Benson with 13 donkeys and handlers from the park.  Most of them have either been out to see the donkeys on a tour, or have come out to groom or do some maintenance although there were a few new faces.

I think everyone had a great time, we've done enough parades, Linda's figured out how to organize getting ready, so it isn't as chaotic as it could be. 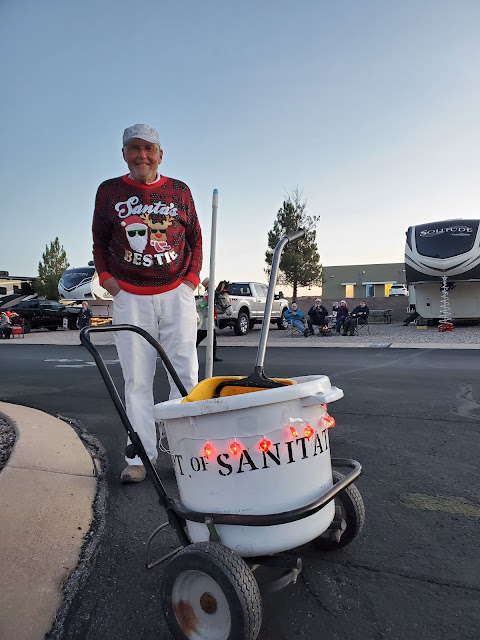 John resurrected his Dept of Sanitation outfit from the 4th of July parade up on Mt. Lemmon.  It's suppose to be cute, BUT, he stayed pretty busy with what the donkeys left on the street, so it's a good thing he really had tools..........!!!


BlackJack doing his thing, there wasn't any grass or weeds along the route so he behaved himself. 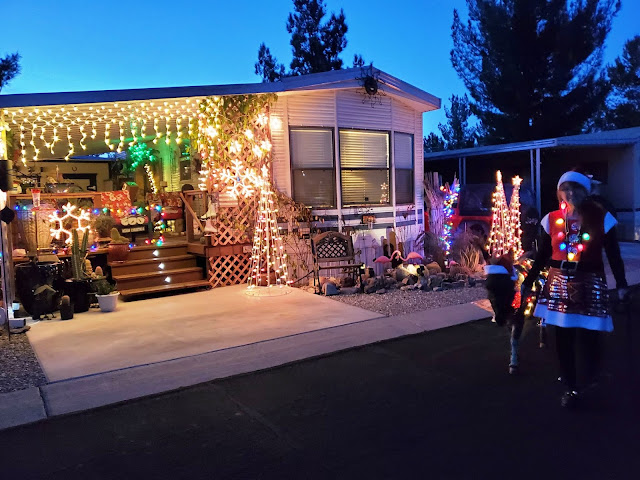 This place was really decorated, quite a few of the RVs or Park models were all lit up with decorations.  Most of the donkeys had probably never seen anything like that before, but it didn't seem to faze them at all. 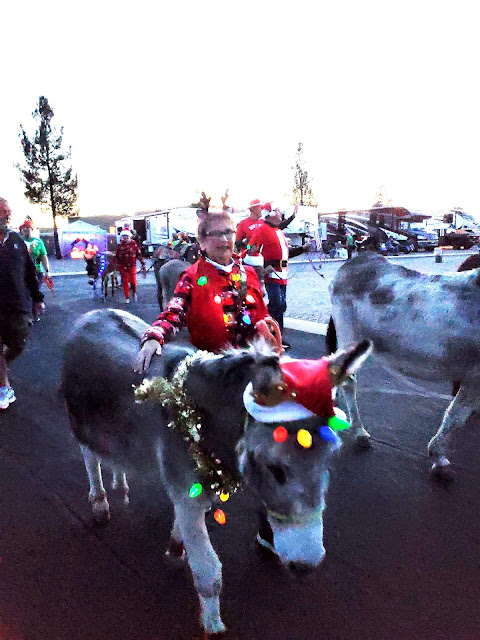 My dream has always been to have the donkeys organized.  Last night we had 13 donkeys, so we could have had BlackJack and his blanket with the name of the rescue on it out in front.  Then we could have had 4 rows of 3 behind him.  As you can see it's rather a loose operation, donkeys do what donkeys want to do and it doesn't have much to do with the handlers and what they would like to do.........!!! If you accept this, your parade will be less stressful........!!!  LOL