Any idea of what is going on in these pictures? 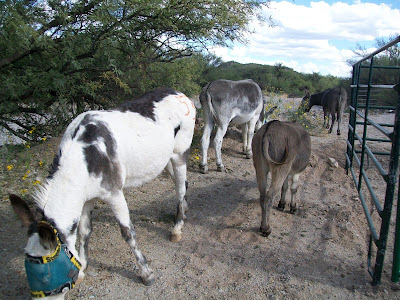 Lots of donkeys all with their heads down. 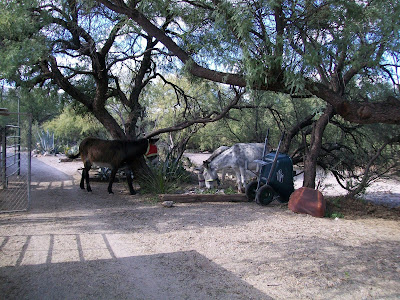 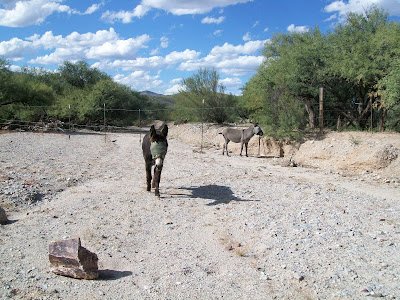 This is either Lewis or Clark, which are visiting until their new best friend gets thru with hunting season and picks them up 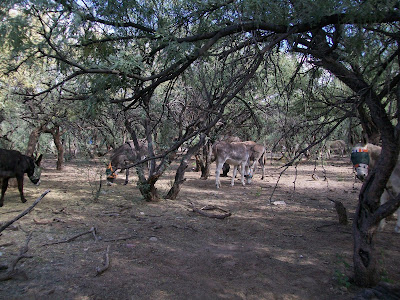 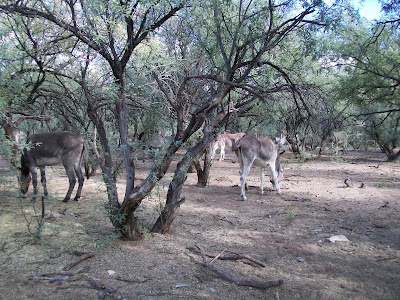 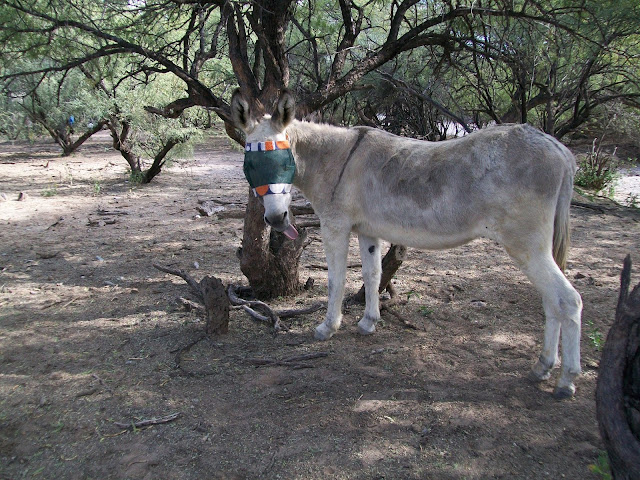 Jasper sticking his tongue out at me.

We've been raking mesquite beans the last few days and dumping them out to the road, so the cars can crush them hopefully into powder.  Just raking the 10 acres, leaving Burroland to the cows, which actually have been going into Burroland, we hear them over there.  There's plenty of beans over there for them to eat unfortunately.

We got a pretty large area raked today and Lynn had enough corral panels to fence all of it except one area on the west side of the west pens.  He had some electric fence, but left the charger in Colorado.  He thought because so many of the donkeys had dealt with it in Co. that they would respect it electrified or not.

Opened gates and out they came, with their heads down.  BUT, they couldn't just stand in one place and eat beans, because most of the beans had been raked up, so they had to move around.

We gave them about an hour and 45 minutes, went out at 4pm for round-up and found out their respect for electric fence without a charger was pretty much non-existent and they were everywhere........!!!  LOL

Some of them were pretty sure they didn't want to go back in the pens, some of them were very cooperative.  Of course there are 5 of us, so it didn't take very long to get them in their pens.

Lynn and Linda headed for Tractor Supply tonight to get a charger..........LOL