Seems like I've been gone for awhile, but I think it's just because there is a lot going on, in many different directions.

Saturday we took the race car out to the asphalt track for me to practice.  This is the 1st time I've ever tried asphalt.  To start with when I pulled out of my parking spot in the pits, I heard this horrible bang, like something broke.   It did, but the guys said it was OK...........WHAT.....???  Loud noises and going out on the track, just don't seem to go together, you know what I mean?  It seems I had turned too sharp because of the locked differential and busted the CV "ie" U-joint.  Never was a problem on dirt, but concrete and asphalt aren't as forgiving.  I am keeping score on what I don't like about this grand experiment. 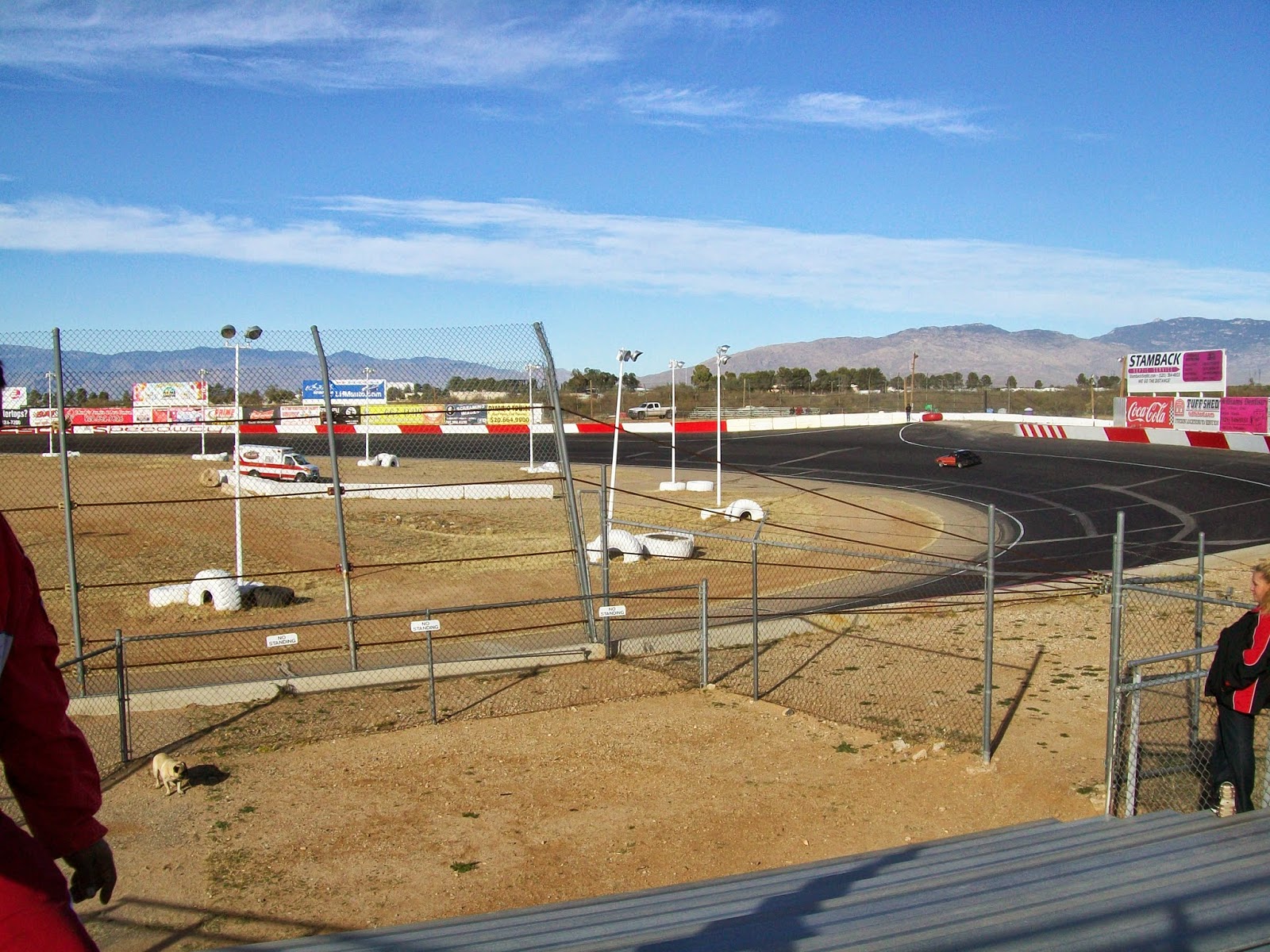 My son Rod, had told me there are 2 transitions on the track.  The bottom 1/3 of the track is flat, which is good.  The middle has some some banking and up by the wall has more banking.  The fastest way around the track is up by the wall.........but of course that comes with a certain amount of "do I want to be this close to the wall in case of an "emergency?" thinking.  The middle is where I was running, because if you run on the flat part, it will send you up towards the wall coming out of the corners.  Not a good happening.  But he also told me that you don't want to get one side of the car in one transition and the other side in another.  Dirt was so easy, just go out and have fun.

I did OK, didn't wreck or wreck anyone else.  But I also wasn't up to racing speed.  I didn't find it all that much fun, but then again it was all new, and I was busy trying to figure out what I need to do.  There is another practice this Saturday, so I'll try it again.

We are taking a couple of donkeys up to the Phoenix area tomorrow.  One belongs to a friend that has pasture, and her donkey can't be on pasture because of being chronically foundered, so he comes down here when she has grass.  We send Quilla, our marshmallow man as a companion, she has 2 horses, but they don't buddy up with Gus.  When her grass starts growing and getting green, we'll go pick them up and bring them back.

A few days ago a woman got in touch with me.  They had been boarding a couple of donkeys for some people.   One of the donkeys has ouchy feet.  She has been x-rayed and nothing really looked bad, but the woman says if she doesn't give her bute, she can't hardly walk.  I guess the owners are tired of not only paying board, but paying for medical supplies and treatment.  They had decided to euthanize them, which upset the woman that had been taking care of them for the last year.  She asked if we could help.  Of course as usual we are over our self imposed limit and really don't have pens for them, although with Quilla and Gus gone for a couple of months, we actually do have available pens.  We finally decided that she could foster them for us and we would pay for their feed and care.  We're still trying to figure out if that would be best or if they do need to come here.   Although the woman says they only feed bermuda and only 5 pounds per donkey they are rather plump.  She did mention they occasionally get a little sweet feed............hmmmmm.........!!!

We are taking Daisy to the vet next week for some testing, to see if anyone can figure out what is wrong with her.  John came up with an idea, maybe it isn't her feet, maybe she's got problems with her back.  ????????