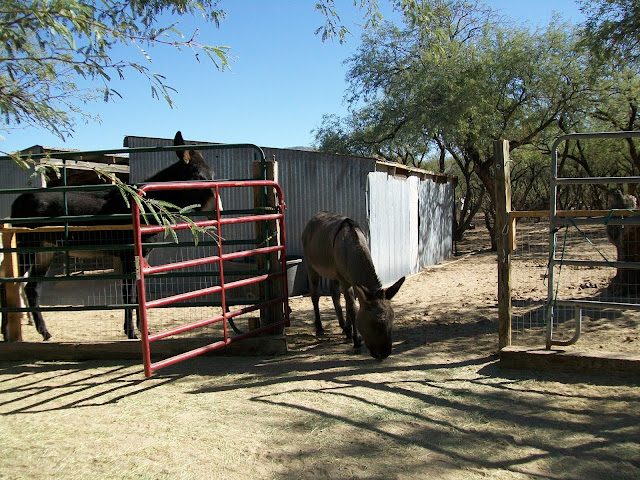 Rather a slow beginning.  This is the Burro Barracks herd.  Last night we decided that letting all 40 out on the property for the 1st time, might be a little difficult to get them back in.  So we let the ones in the pens, except for the 3 new ones out about     1 1/2 hours before usual feeding.

It took about an hour to round them up and a few had to be haltered, but all in all it could have gone a lot worse.  It seemed like the ones that were the biggest problem are the ones that have been out on the property for years, like Tula.  Guess they didn't think they had enough time out.  Some of the other followed a container of pellets. 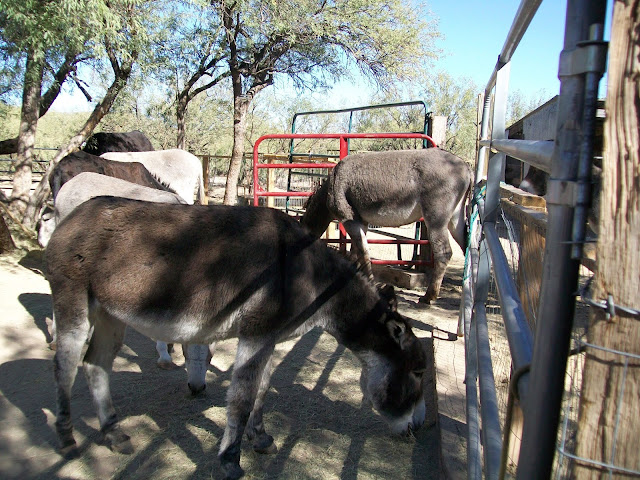 This morning the 14 in Burro Barracks got to go out.  Lynn said they should be pretty easy to round up, they are the racers and are use to going in and out and someone telling them what to do.  They did pretty good, but started slow.  Where they unload hay twice a day for feeding outside the gate had a build up of hay scraps, so that's as far as they got at first. 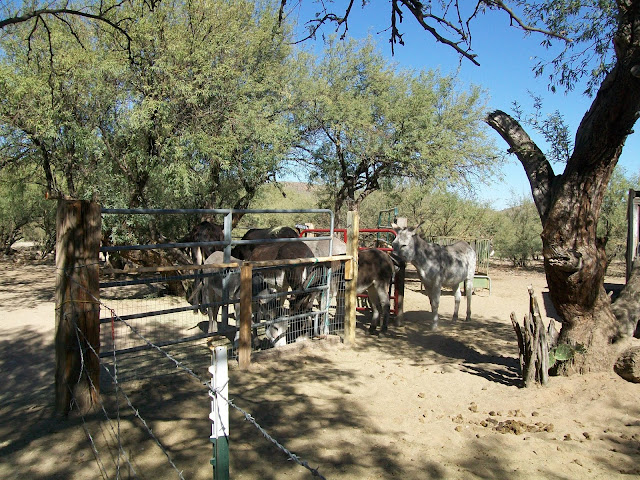 Some in, some out........finally someone figured out they were free and they all took advantage of the situation.  They were all over the property.  When it was time for round up they did  good too.

So I guess we'll do it this way for a few days and see how it goes.  We'll have to check poo and if individuals start showing too many beans in their poo, they'll have to stay in their pens.  We've picked up beans until we are blue in the face  and this morning we noticed a couple of spots that got missed that need attention......!!  There are beans scattered all over the 10 acres, BUT, they aren't concentrated under the trees.  A donkey could find a spot like that and just stand there and eat as long as they were out.  That's why we had to pick them up.  Hopefully we won't have any gas colic or upset tummies.