GETTING BACK TO NORMAL, WHATEVER THAT IS.....

Yesterday we had another raking party day.  It's rather discouraging you rake and pile and rake and pile, turn around and see virgin territory covered with beans.

We were hoping to be able to let the donkeys out this afternoon, but it isn't looking like that will happen.  There's one area that is covered with rocks and rocks are very good at making it impossible to rake.  So Lynn is using the leaf blower to blow the beans out of the rocks.  He says it's going pretty good, but it's slow going.  That is the last area, the rest of the 10 acres has been raked or burnt and the results hauled off.  Hopefully they can get everything cleared enough so the donkeys can go out tomorrow.

It's getting cool enough at night now, so they are only wearing their fly masks during the day.  We put them on around noon today and there were enough flies out that all of them stood like good boys and girls to get their masks put on.

Lynn and Linda took Cooper and Pablo for a little run this morning.

Conner and Pablo doing their thing.

Lynn and Linda are going to be pretty busy, there are  quite a few donkeys that haven't been introduced to running.  We're all anxious to see if any of them love to run.  Kachina and Anazazi have not ran at all yet.  This summer when we were moving donkeys over to the Burro Barracks in the afternoon for a little exercise and change of scenery we found out those 2 girls don't know much about being led or stopping when on a lead.  I have no doubt they will run, I just don't know where.......LOL 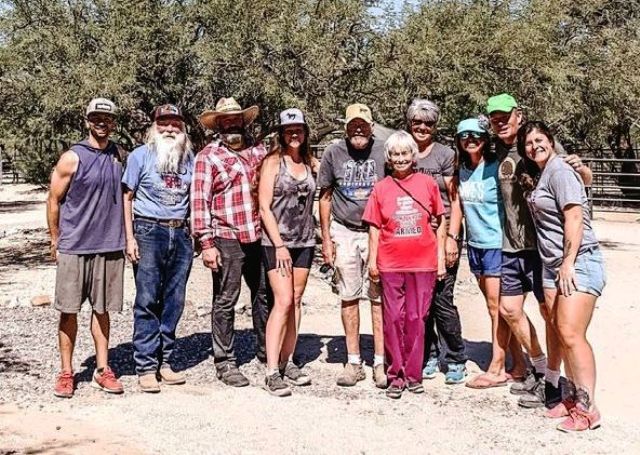 This picture was taken right before everyone except John and I headed for the Grand Canyon and California. This is Suzanne and Benji at the Grand Canyon.  Team Benji won the 10 mile race in California, that was Benji's 1st race ever and he did really good. 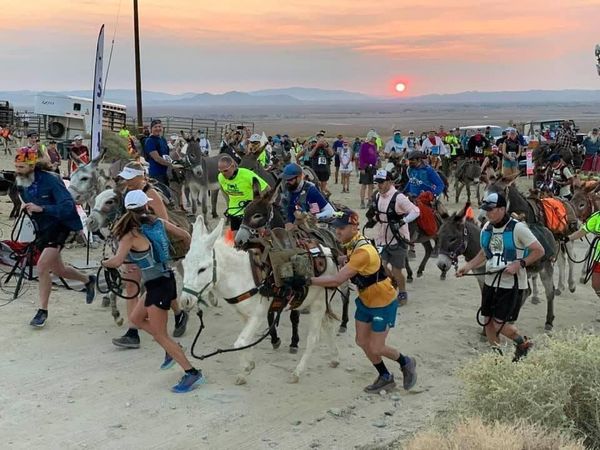 Another picture of the start in California, it looks like a mess, but somehow it all gets straightened out and on the trail they end up with small groups that are running about the same speed.  Sometimes donkeys get loose, usually they don't go to far, before they stop.  In Colorado one of the jennies ran something like 5 miles without her team member person.  It was interesting, she had a go-pro camera on her saddle, so we got to see the whole run.  A lot of times someone will catch a donkey and tie it up to a tree or pole.  The race in California didn't look like there was any place to tie a donkey unfortunately. 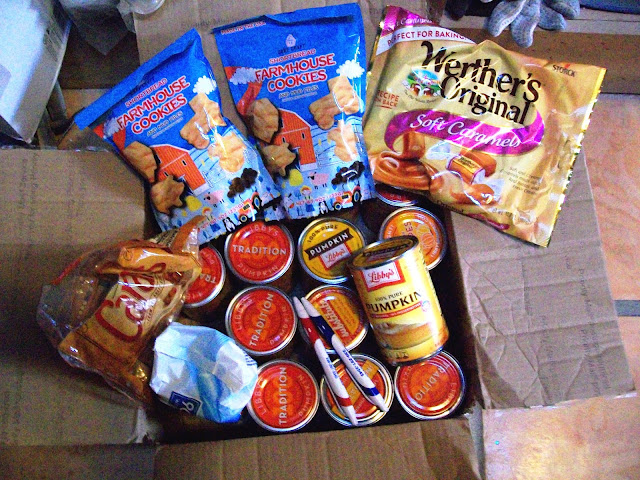 Pumpkin has become an item that isn't always available.  I thought it might just be our area, until I started whining about it and found out it's a problem in other areas too.  It's really important that Cisco get a can of pumpkin every day or he gets constipated.  Imagine my surprise when we got a large box in the mail with pumpkin and all sorts of goodies in it.  Debi in Ohio made up a care package for Cisco and also for us.  What fun, it was like an early Christmas and we will add the pumpkin to our reserve stash for Cisco.

Libby's has been showing up in the stores, but it costs over twice as much as the cheap pumpkin.  Yesterday Suzanne went to a grocery store in Tucson and they had some store generic pumpkin.  She called to tell us about it, and also to tell us she left 4 cans, so others could buy some if they wanted to.  We still check the shelves every time we go in the stores, just in case things are getting back to normal.

Chance of rain Tuesday they say...........I'll believe it when I see it.  Sure would be nice, even the prickly pear is looking pretty bad.

We got another Dodge Neon yesterday.  You can never have too many donor cars if you race......!! LOL I still haven't raced the Chevy Cavalier that was built 2 years ago.  It wasn't ready to race by opening day, so I started the season in the Dodge Neon that has been totaled twice and had the frame straightened.  It's not square but it handles good on the track, so I haven't been in any hurry to change cars in mid season.

The asphalt track says they won't be racing Hornets next year, but if the dirt track opens up like they say they are, I will gladly go over to dirt.  And I will probably race the Neon, which is why we got the donor car.  Body parts especially pay a price on dirt, we aren't as careful about not touching other cars as the asphalt racers are. 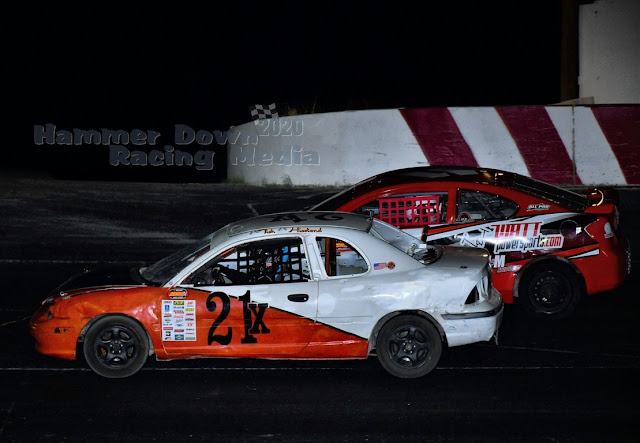 That's me a little bit ahead of the guy that won the championship at the asphalt track this year. I'm pretty sure he's passing me..........LOL