Not doing a very good job at it, just sprinkling.  It's been dreary all day and just barely in the 60's, which doesn't bode well for desert rats.  We really like our sunshine and to add sprinkles to it, just makes for a yucky day.

I know the donkeys when they come in for supper are going to be cranky, they really hate to get wet.  Although they will stand out in the rain with a perfectly good shelter right beside them.  We've learned not not try to touch them when they are wet, except underneath their chin/jaw, where it is dry.  I don't think it's going to really rain, although we really could use it.

Last week-end was a little different, our great grandson Hunter came out for the week-end.  He has never been out to spend the week-end with just grandma and grandpa, so as a city boy, I think it was quite an experience for him.

We picked him up in Tucson Friday after school.  He got to help feed and water donkeys, the vet and farrier were out to do teeth, feet, and do some x-rays.  He wasn't too sure about climbing trees, but finally got it figured out.  Saturday we took the bronco down to the annual Cascabel Christmas Fair farther down river.  Riding in the bronco is fun, it's almost like a carnival ride.....!!!  LOL 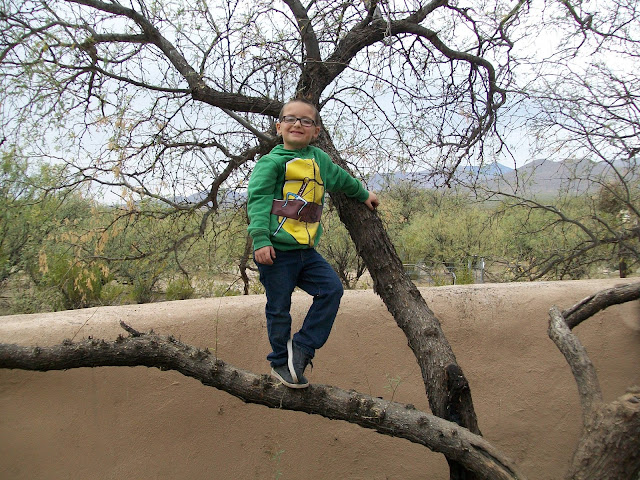 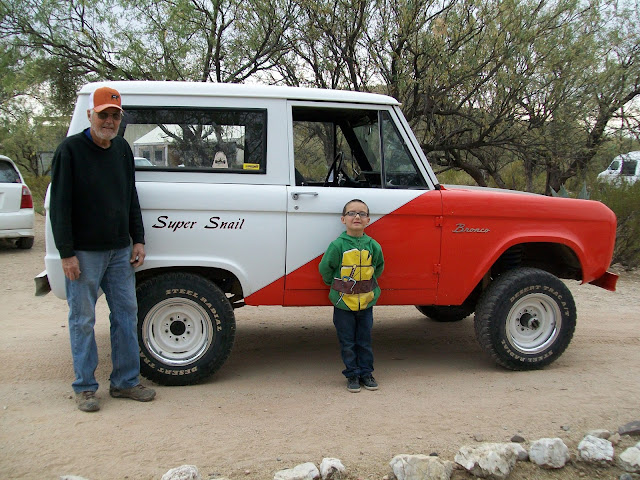 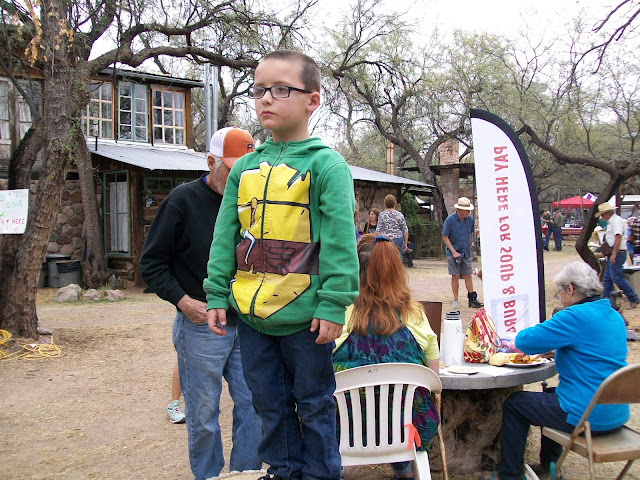 He must be practicing to stand at attention 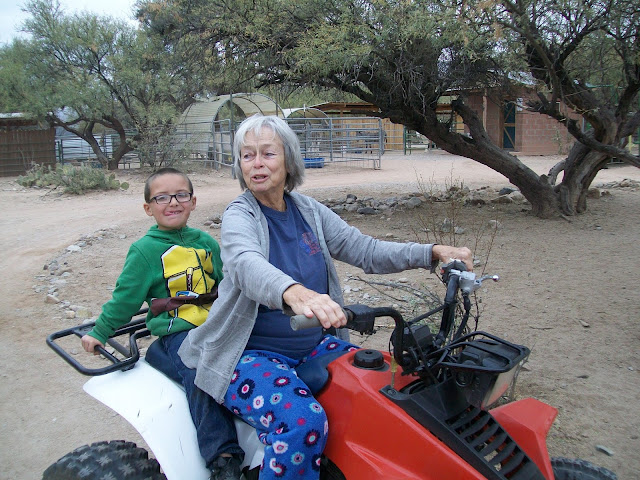 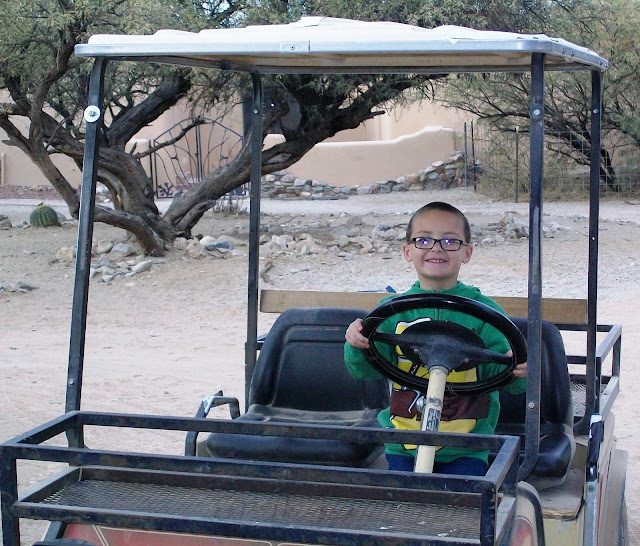 Of course the golf cart was a big hit

Some of the donkeys didn't have a problem with him.  Some of the others seemed to think he was here to eat them and didn't want anything to do with him.  In fact they were quite adamant about the fact he didn't belong here, and they didn't want him anywhere near them.

I sent him home with pictures of his adventures, so he could share it with his Dad.  He's already wanting to come back, so I guess he had fun.

What a cute little man! I bet he had fun.

He wanted to come back next week-end, but he has to go to his mom's. I would imagine he'll be back as soon as his dad lets him.

Lucky child to have such wonderful g-pa & g-ma !