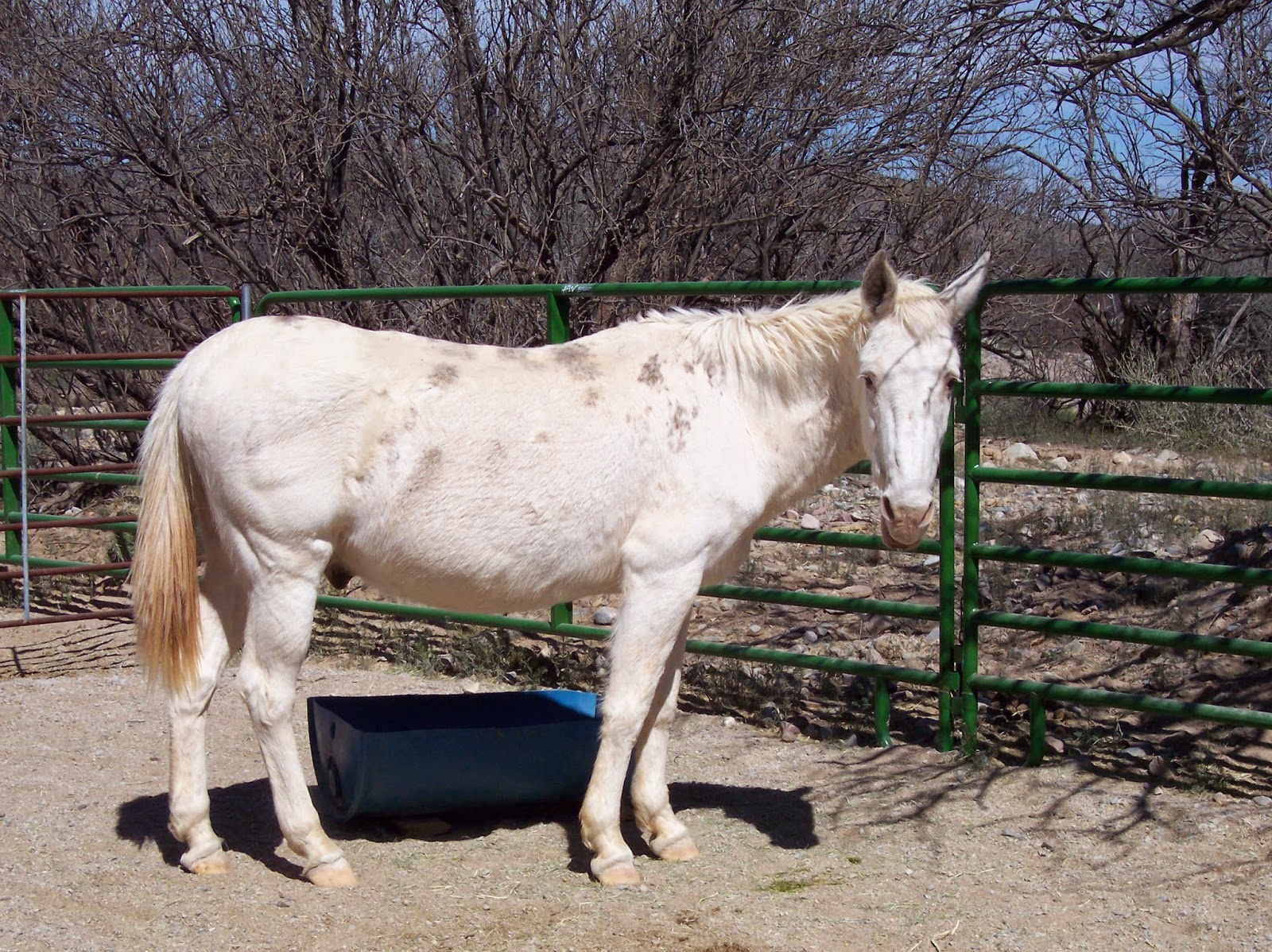 Sunday Rusty started doing his mouth thing again.  He will go along for months and then stop eating, and spend lots of time "adjusting" his mouth from side to side.  I think he's even been to the vet for it before, well now he's been again.  He didn't eat Sunday, Monday or yesterday until suppertime, when he did eat some of his hay.  Also this morning.

I had already made an appointment for today and we decided it wouldn't hurt to have him looked over.  At age 35, he could have teeth falling out, turning sideways, who knows what.  He's really good about letting me prowl around in his mouth, but since I don't know what I'm looking for, I'd rather someone that knows what they are doing look.

Nancy checked him over, he didn't seem to mind her manipulating his jaw, but she did find a few sharp points on his molars.  She said for his age his teeth are really in pretty good shape.  He's still got all of them and has an inch or so of teeth left so he's luckier than a lot of equine.

So she ground off the sharp places and we called it done.  When we got home and he got out of the trailer yelling for Reba, and Ruger and Wister were trying their best to get "in" the trailer.  They think it's a big toy to jump in and out of I guess.
Posted by Tish at 5:41 PM