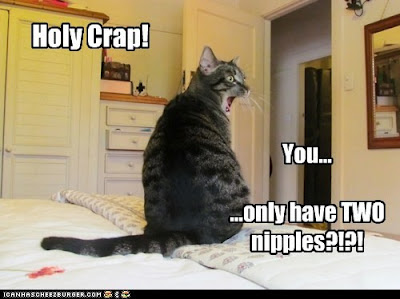 Let's see where to start.........  I called Mocha & Tucker's new Mom this morning.  They are fine, have become the center of attention & spend their time standing by the bedroom window probably looking in, wondering where why someone doesn't come out & entertain them.  January said the geese even like them.  She said Tucker is mouthing her sleeve to get her attention.  I told her when he did that here he got his nose popped.  She told me how cute it is, so I would imagine he's gotten his "last" nose popping for awhile........!!!!

Patti gave me some ideas of supplements that might help Chester be more comfortable with his osteoarthritis we can try.  I also have some Move-Ease that I'm not using, I'm going to give it to Linda to try first.  If that works, great, it's really pretty cheap. If it doesn't work, we'll try some of Patti's ideas.  If that doesn't work, there is always CosequinASU.  It's good stuff, but a little pricey.  I've been using it for Pepper (cracked hip & blown knee), & Cisco (roping donkey in a roping school), & they are both doing real good & have been for quite sometime.

Jenny lost a brand new Hoof Wrap Boot & we can't find it.  We've actually been pretty lucky at finding her boots, they seem to come off when she rolls around in a dust bathing area.  John saw the direction she came from & when he looked at the Gorilla Tape boot, he said it wasn't hardly dirty & had no scuffing at all.  Common sense would say it should be not too far from where John 1st saw her coming in.  We've both looked & haven't found it.  Wish it had been the old one she's been wearing rather than a 2 day old one.

Last night when I fed Skeeke, I noticed he wasn't using his right front foot.  I have no idea what happened to it.  They grasp food with their little hands, so he's at a definite disadvantage right now for eating solid food.  He's really gotten into eating his formula & takes more each feeding, which I assume is a good thing.  He's also quite lively, even with a bum hand like, hanging onto a tiny fragile little greased pig.........!!!   Vic our neighbor said he might have got it caught somewhere in the cage or even in the terry cloth towel I had in there.  I never thought about him getting a nail caught in the towel.  Got rid of the towel & am now using some of John's t-shirts I've been trying to get him to throw away for a long time.  Seems if I say anything, they all are his favorites............!!! I sure hope the little guy gets OK.

It looks like my Mother will be moving out of her house & coming out here to stay for the duration.  The last few months she has been getting frail & probably should have come out earlier.  But there is nothing wrong with her opinion & what she wants to do, so we had to wait until it was her decision.  This morning she said it's time.  Our house is more eclectic than comfortable for someone that needs everything to be easy.  Bathrooms are on 3 different levels & the only one on the bedroom level is about 20 feet away from the bed.  John & I had already talked about maybe getting a compost toilet, we'll just have to see how it goes.  She told me awhile back she wouldn't come out here because I'm too bossy...........hmmmmm.........should be "interesting" to say the least.