He had been doing real good, and a few days ago he stripped the bark off the little cat claw tree in the dog pen, but didn't bother the mesquite.  Yesterday the mesquite got stripped and girdled, so I said he couldn't go in the dog pen again without chicken wire or something around the 2 remaining mesquite trees.  This morning John put a little fence around the trees rather than wrapping chicken wire around the tree trunks and as soon as Casper ran out of things to do in there, which didn't take long, he just walked thru the fence.  I haven't heard what is next, but Casper is back in his pen........!! LOL 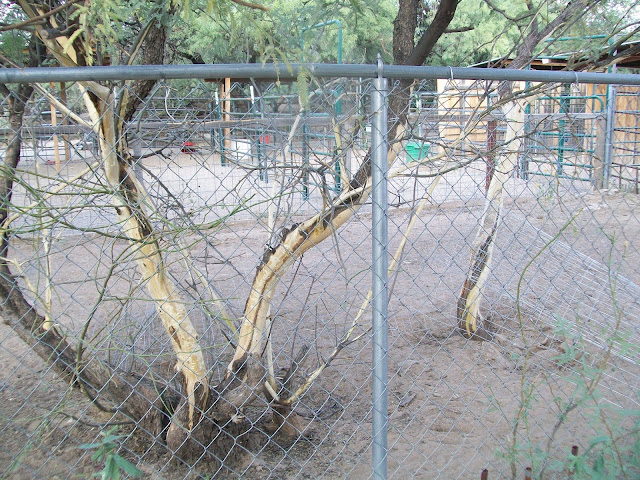 We're getting ready for the big race in Tombstone the 10th of October and just received a bunch of soft fuzzy donkeys.  While Suzanne, Lynn and Linda are racing, John and I will have a table set up to promote the rescue and have some information about donkeys, for people that might want to come out to interact with the donkeys or maybe just learn a little more about donkeys. 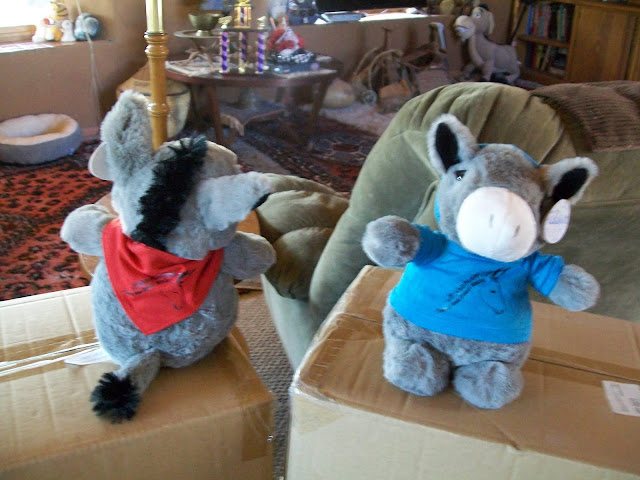 In the spring at one of the meetings to discuss the race and all the things going on that day in Tombstone, there was talk about a kissing booth if people wanted to "Kiss an Ass" and one of the guys at the meeting said he'd build a booth.  Need to find out is that is still a go, we'll have to figure out who to take.  It will have to be a donkey that isn't racing.

This is the first time Koshare' was ever asked to run and he did it at liberty, without a halter and lead rope.  He looks like he might be a good runner.  He got blamed a few nights ago for opening the gate and letting everyone out for fun and frolic.  Suzanne and I agree that isn't his MO, I can't even remember how many things he has torn up or destroyed, but he's never opened a gate that we know of.

Some of you might remember Pepsi, who went up to Colorado last summer and found his forever home.  His family still shares stories and pictures of him.

Not exactly sure what this was, there were quite a few children and Linda said he was also involved in "farm yoga".  We've seen that on TV, people do yoga with goats running around them, guess a little donkey wouldn't be much different......LOL 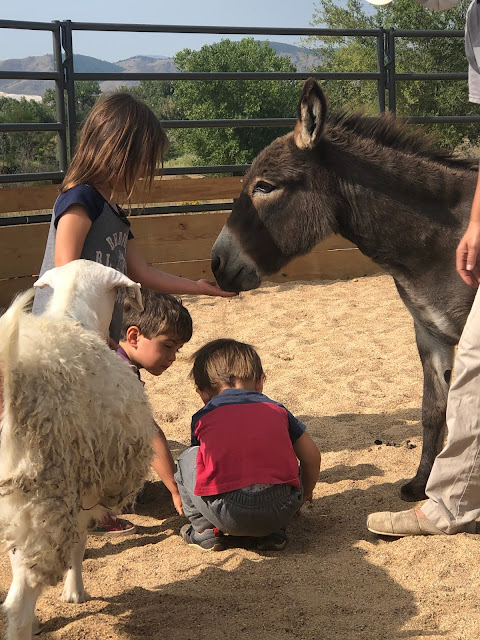 Here is a picture of Lynn and Muzzy, they finished 9th in the race last week-end out of 70 teams.  Not sure if this was at the start or the finish, but it looks like they are really running. 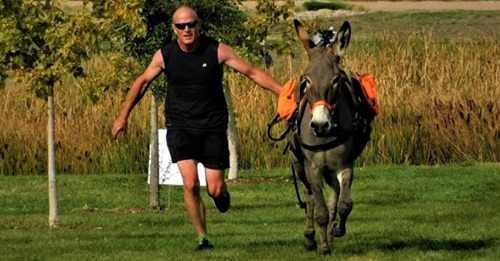