I'm sitting here looking at the temperature of 106.3 on our back porch.  Granted it is on the south side of the house, the sensor is behind a 6x6 upright post, so it is shaded from the afternoon sun.  So it probably isn't an accurate reading, BUT it is hot, no matter what the  temperature actually is.

Yesterday was trimming day for most of the donkeys.  Tyler does the ones that have been foundered or in Gigi's case was born crippled and has to wear shoes on her front feet.

Dan works with Tyler and likes to do donkeys and minis, so he came out and did 11 of them.  Macho Man gets the worst ass of the day award.  Everyone else did really good, and he didn't........LOL  I was in town and missed it, but I sure heard about it.  Poor Macho's ears must have been burning, because John and Suzanne just couldn't wait to tell me what a bad boy he had been.

We knew he could and would kick, he let us know that when we went to pick the four donkeys up in Tucson a few months ago.  I guess he absolutely wasn't going to make any effort to cooperate and made sure everyone involved knew his opinion of the whole operation.  I guess the fronts weren't too bad, but the back two just didn't need to be done from his point of view.

Donkeys have a behavior they use when they realize they aren't winning and have no idea what to do to get you to leave them alone. 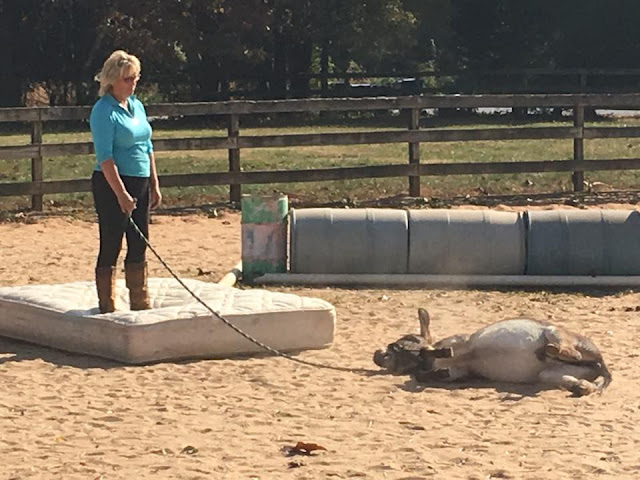 This isn't one of our donkeys, but this is a little mini donkey that doesn't want to be trained to walk over a mattress.  They will also lay down in harness, which can be a mess to straighten out especially if it a double hitch.

Macho finally threw himself on the ground, and Dan leaped on him, so he couldn't get up and they kept him on the ground and did his feet, I'm sure much to his disgust.  He was so mad last night, he wouldn't let any of us put his fly mask back on, he wouldn't even take an animal cracker.  By this morning all was forgiven and he was back to his usual even temperament. 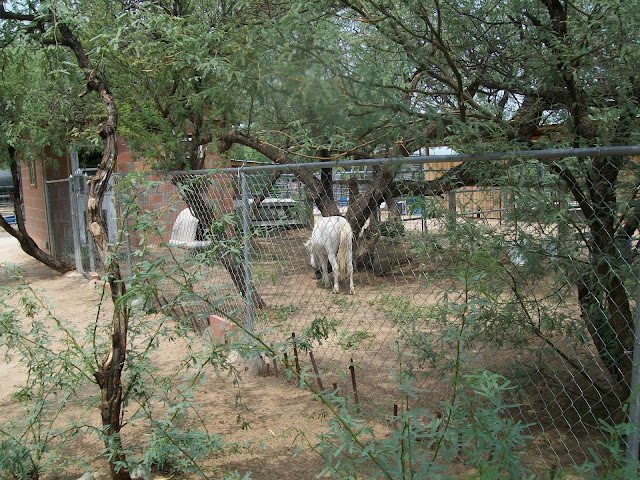 This morning John and Suzanne raked the dog pen, the ground was covered with mesquite beans from the 2 small trees in the pen.  Since Casper can't go in the Burro Barracks because he will go under the barbed wire, he has to be confined.  We figured this would give him a break from having to stay in his pen and watch everyone else get to go someplace. 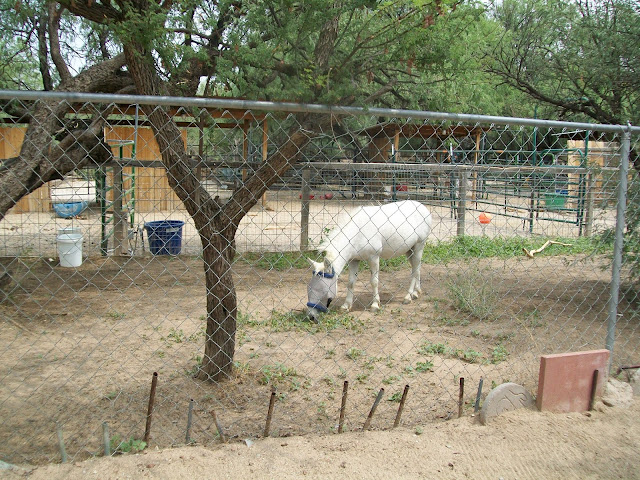 It won't take him long to devour everything edible in there.  But at least it will give him a little more room.
About half the donkeys got to go over to the Burro Barracks for the day this morning. 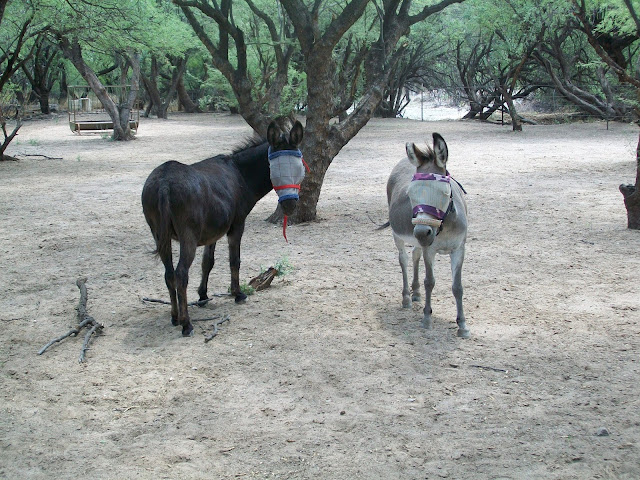 This is Leroy and Jackson in the Burro Barracks.  They went over with Kachina, Ana, Koshare', Bunny and Big Gus.  Big Gus is already causing trouble.  He's tall enough to hang his head over the fence between us and the neighbor.  Her side hasn't been raked, so there are beans everywhere, and he was enjoying them, until he got caught and got put back in his pen.  I think John and Suzanne are going to run some fence to hopefully keep his mouth on our side. 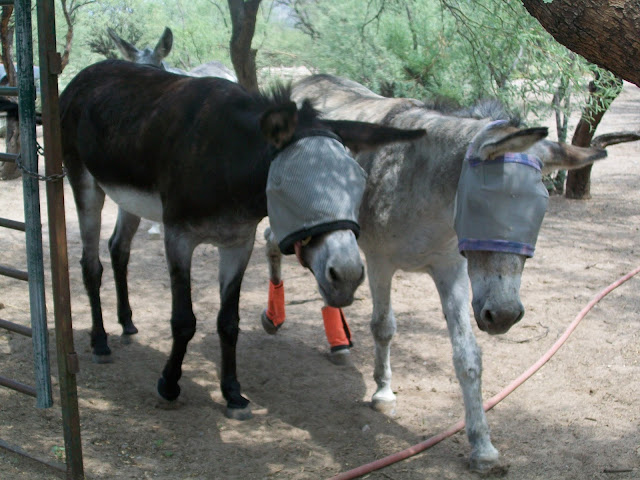 This is the siblings Koshare' and Anazazi 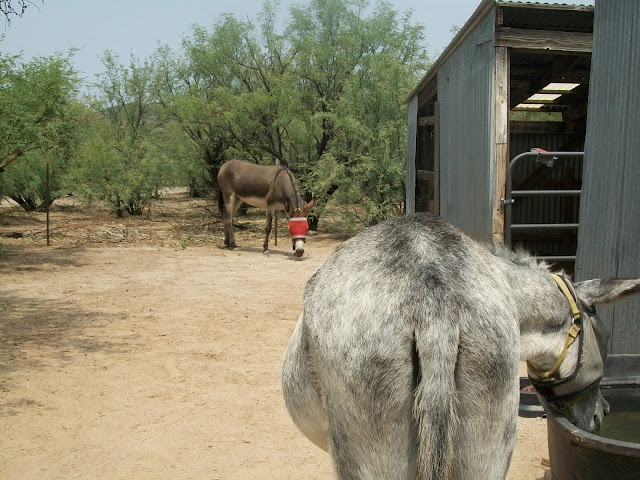 Bunny found a spot of her own and Kachina is getting a drink.  I guess the water in the big tank is better than in her pen, it probably is cooler. 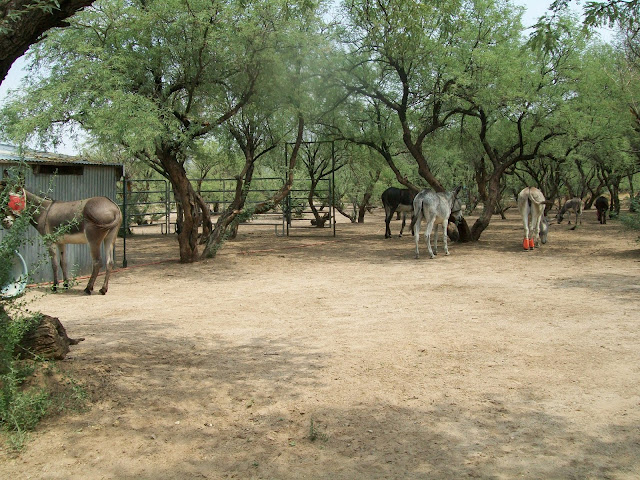 Notice how devoid of anything the ground is.  😄  But they still manage to find beans we missed when we were raking.  Not many though.