WORKING TOWARDS GETTING BACK TO NORMAL......(whatever that is)

We have a photographer coming out tomorrow and a tour on Monday, so I guess people are still interested in the donkeys.  I'm sure the donkeys will be happy to see visitors, they really enjoy entertaining people.  It's amazing how quick the new ones catch on and blend right in with the old timers when it comes to milking the people for attention. 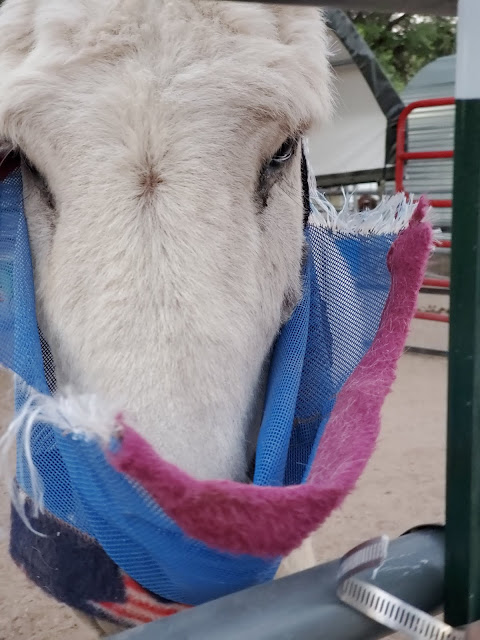 This is how a fly mask looks after it has been used as a toy.  This one is beyond repair, if I even had someone to repair.  I use to have a local woman that repaired them for me, but she retired years ago. 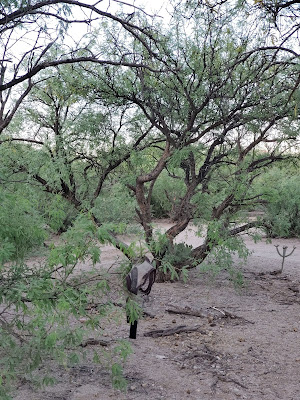 A lot of times they lose them out on the property and have to be found.  Do you see why we like to have the brightest colors they make for masks.....!! LOL 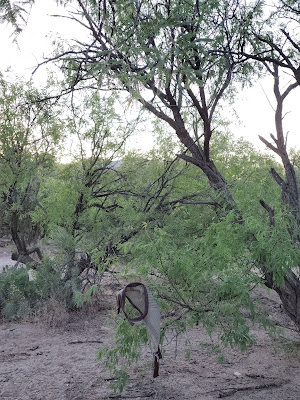 It's really disheartening to walk around all over the property without finding a mask.  A lot of times if you come from a different direction, there it is right in front of you.  Years ago we had been missing a mask for weeks.  This was when it was just John and I and we took turns looking almost every day, but no mask.

One day I was out looking, as usual on the ground, but for some reason I looked up in the tree above me, and there it was about 10-15 feet up in the tree.  Who would ever think to look up there.......!!  I guess the boys had been playing and someone grab the mask and the donkey jerked away and as the Velcro opened up, away it flew up into the tree...!!!   Sometimes we'll be walking a trail,we've already walked many times and there lies a mask right in the middle of the trail.  You know it wasn't there before, but here it is now.  I guess the donkeys find them laying around and play with them some more.


Here are some of our "neighbors".  Usually we hear the cattle and they come by often to see if any hay has been put out.  John and Lynn are particular about the hay and if they don't like the way it looks or smells, the cows get it, which they seem to enjoy.

We hadn't heard any for awhile, I think this time of year the rancher starts
moving them around or selling them.  But not too long ago Linda saw this bunch roaming around.  Haven't seen them since, so they are probably all new cows the rancher bought and they don't know the routine around here.

Well..........I think Lynn and Linda have finally got a date for heading north to the cool mountains of Colorado.  I don't know if Colorado has lifted their quarantine but they are heading out next week. 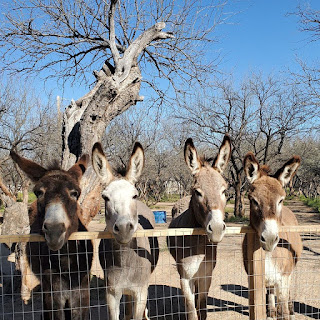 This is 4 of the Burro Barracks group that are going.  John and I will have to say good-bye to them when they leave, because they might stay up there and not come back in the fall.  Actually about 2/3's of the donkeys will be going, we will only have 10 donkeys for the summer.  Quite a few of them have to be doctored on a regular basis, so we won't be bored.......!!! LOL

I'm suppose to practice with my asphalt car this week-end and suppose to race next week-end.  I guess they aren't going to have spectators, which will take a lot of the fun out of it.  I don't know how businesses will be able to stay in business unless they are allowed to open up to capacity like they were doing before all this started.  It takes a lot of people to operate a race track, and fannies in the seats pays the bills.  It probably won't take long for people to figure out if operating at partial speed is going to work or not.