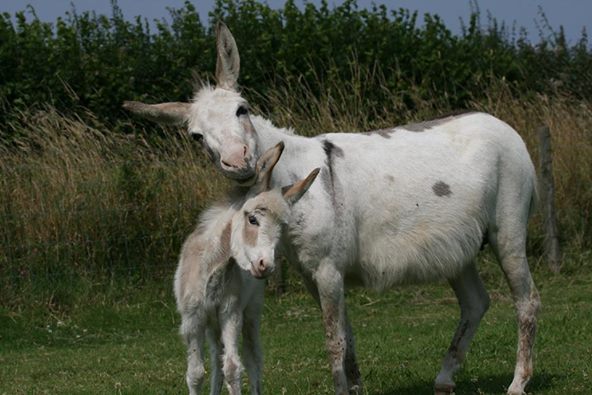 It's amazing what a couple of weeks of nice weather will do for skin problems.  We're still doing doctor patrol every morning before they go out after breakfast, but for the most part I just check the ones that need it and do a little touch up, with my homemade salve.

When I first started using it, I was going thru a lot of it everyday, because of waste.  Using cotton or a gauze pad to scoop it out of a container, means you scoop out more than you need.  Since nitrofurazone has caused cancer in rats, and I'm a cancer survivor, I don't want to scoop it out by hand.  I tried gloves and there was still a lot of waste and my hands are so small, even small gloves end up hanging off the ends of my fingers........... soooo.......... time to put on my thinking cap.

By the time you add DMSO to the nitrofurazone it makes a runny salve, not bad, but in the summer you have to keep it in the frig.  I have 60cc syringes and some of them even have caps for the end.  Why not put the salve in the syringe and just squeeze out as needed, and smear around with a gauze pad?  Voilla'...........really works good....well except for getting the salve in the syringe, that is a little dicey, it's not runny enough to just pour into the syringe, of course not.  I think a tongue depresser would probably work really well, BUT, who has one of those laying around and I don't plan on going to the doctor anytime soon to see if they'd give me one.  I tried an ice cream stick, which was really ineffective, so my latest tool is a plastic knife.  But the idea is a keeper.........!!!

One day it was cool enough, John left fly masks off for the day.  It was such a treat to see their faces for a change, I'd almost forgotten how beautiful their eyes are.

Everyone are still on short rations, even though the mesquite beans are gone.  Occasionally someone finds a few and we see the beans in their poo, but they certainly aren't getting very many.  They are also a lot more interested in coming in at feeding time.  John has upped the hay a little bit, but they are still only getting about half of a full ration, especially the fatties, like Rosie, Coquette and Buddy Brat.  Rosie lets us know if she isn't being properly fed, she ate 2 of the cedar boards in BlackJack's shelter last week.  She will eat wood whether she is fed or not.  I've had people ask if she cribs........no she doesn't, she simply eats wood..........LOL
Posted by Tish at 8:17 AM

I think I saw tongue things at wal Mart in bags of 25 or so,I imagine they could be washed and used a few times.

John went to the doctor yesterday, wish I'd thought to tell him to ask them for a tongue depresser. If I had one I could use it for a long time. Can't imagine how long it would take to use 25....!!!! Ha!