We all had a pretty busy week-end around here.  Saturday night one of the RVs pulled in for the Eric Lynn's clinic Sunday.  Kristen and her boys have been here before, and know the drill.  Once they were parked they pretty much took care of themselves. 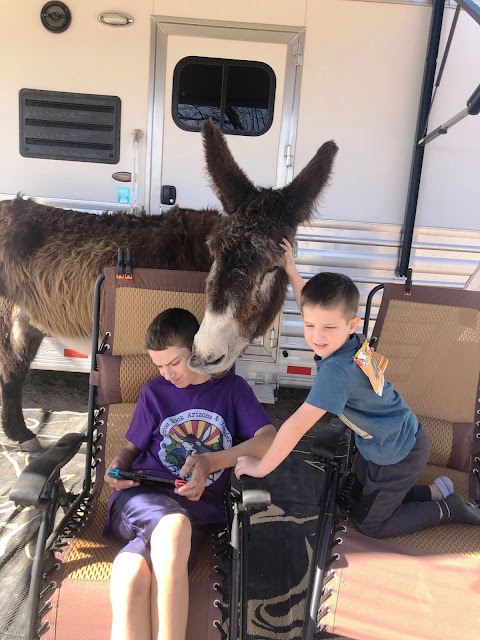 Well they did have to contend with Big Gus the ambASSador, welcoming them.  He seems to think anyone and everyone that comes on the property needs to have his help no matter what they think. 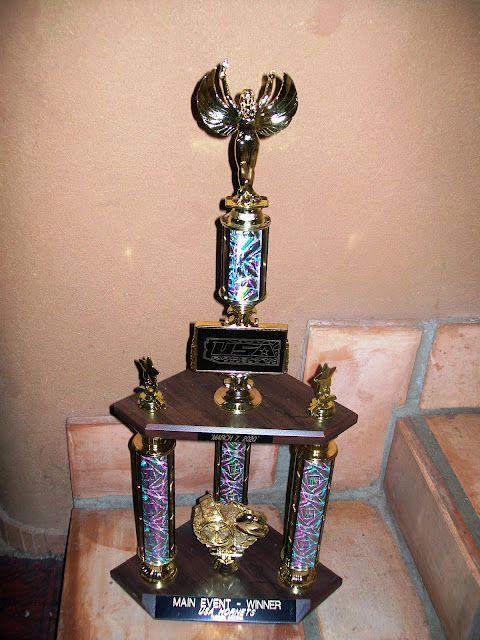 I raced Saturday night and probably had more fun than anyone else........LOL  Our class only had 3 cars, but we all put on a pretty good show for the main.  One of the cars did a roll over and Tim and I battled for 1st place for most of the race.  It would be more fun if we had more cars.  There are old hornets sitting out in the weeds all over town.  But it's been so iffy for the dirt track to open up and stay open, no one is interested in dragging them out of the weeds to find out the track is not going to stay open.  The promoter said they will run the complete program this season and then will decide whether to try to keep it open or not.  So hopefully that information will get out and we'll get more cars to show up. 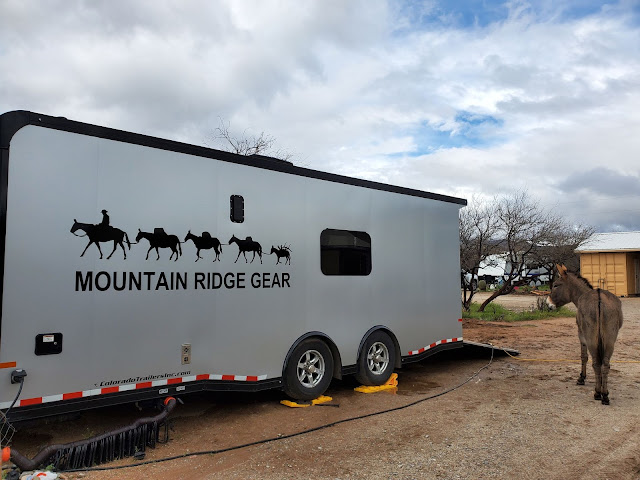 Eric pulled in Saturday got set up and ready for the clinic Sunday.  Of course the weather decided to not be typical Arizona weather for the week-end, especially Sunday.  It started raining about dawn and sprinkled and dribbled ALL DAY LONG............!!  Everyone came prepared with slickers even umbrellas, wearing boots and didn't let the weather dampen their fun. 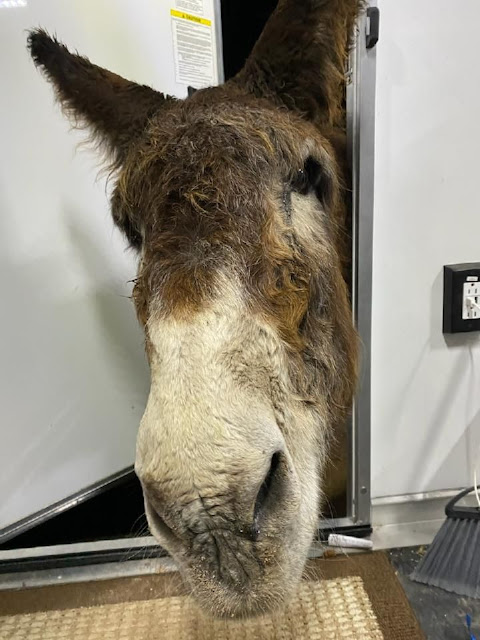 Eric got in Saturday, got set up and he said about 10pm someone knocked on the door.  He opened it and this is what he saw.  He took a picture, emailed it to Linda to find out who this was.  Linda wrote back that it was Big Gus.  Eric said Gus kept his head in for awhile looking around, then he backed up and shut the door on his way out.  Eric was impressed that he shut the door before he left...!!! LOL  He was also impressed Gus knew where the door was.  I hate to tell him, but most of our donkeys know where the doors are, that's where people come out......!! 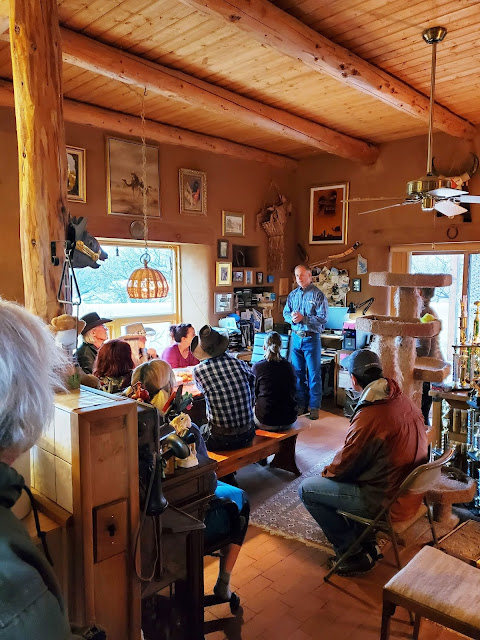 The clinic started out with Eric talking about donkeys, how they differ from horses and working with them being different.  The weather finally cleared up a little bit, although everything including the donkeys were wet, so everyone put on their rain gear and headed outside to get their donkeys and do a little donkey training 101.