Unfortunately our friends from Tucson that went up there to race in the truck series didn't do very well.  The #2 truck just races when it's convenient, the #50 raced enough this year to finish in 2nd place for the season.  They race at different tracks all over the west, including California so there is more traveling involved than just racing at a home track. 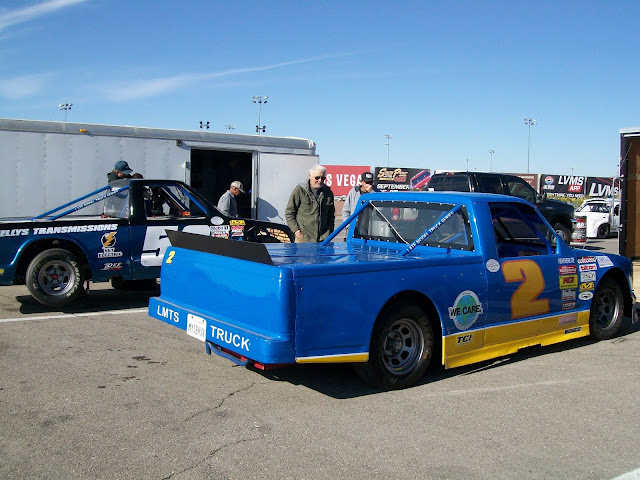 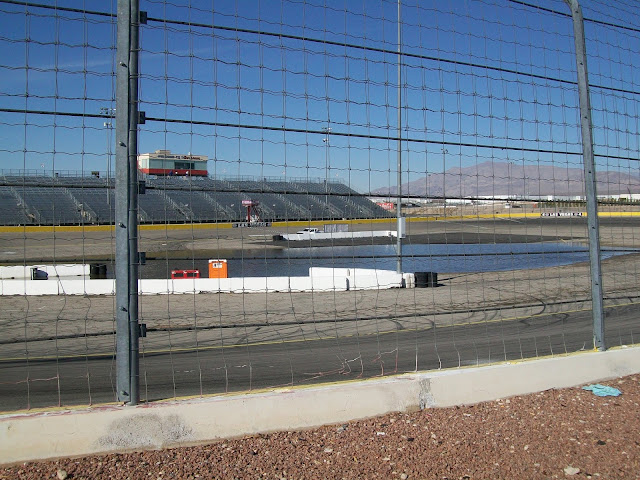 The infield was a little wet.  They had rain last week and enough of it to flood the infield.  Thankfully no one lost control and ended up in the "lake". 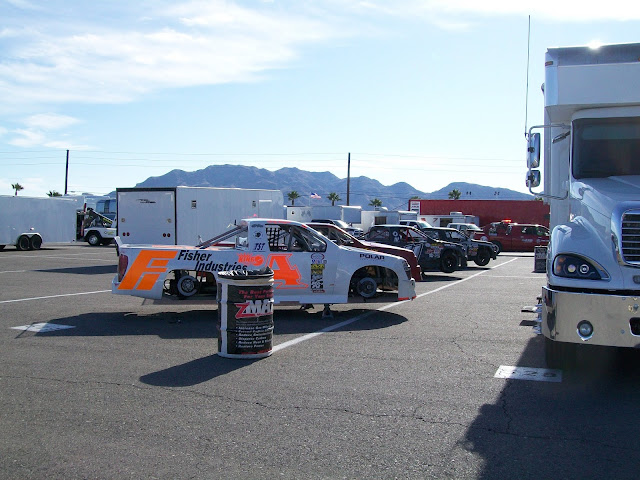 Some of the competition, all sitting on jack stands waiting for tires and wheels 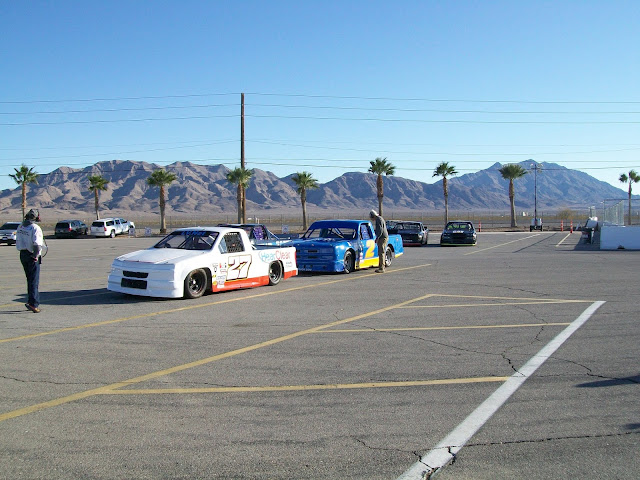 Gary's motor gave up in the main event, so he didn't finish.  The #50 finished, but he was nursing a cracked transmission case and hoping it didn't explode if it came apart.

We had a great time, knowing we didn't have to worry about the donkeys. The only thing it could have been a little warmer.  You would think Las Vegas would be warm if not hot.  We went there to watch races in the spring and thought we were going to freeze.  This time wasn't much better, but we came prepared with Arctic gear.......!! LOL

Our next racing outing will be in January for the Wildwest Shootout up in the Phoenix area.  It goes on for a week.  Last year it paid $14,000 to win the last night, wonder if it will be more this year.  Lots of cars show up, not only does it pay good to win, but that time of year there isn't much racing in the rest of the country and racers get bored during the off season.

The donkeys are all doing good, right now it is cooler than humans like.  But I think the donkeys like it.  They are all putting on a heavy winter coat, so I wonder if we are going to have a "real" winter this year.

Linda got some pictures from Rambo's family.  They were in the Moab, Utah area, not sure if they were hunting or camping, but Rambo was earning his keep. 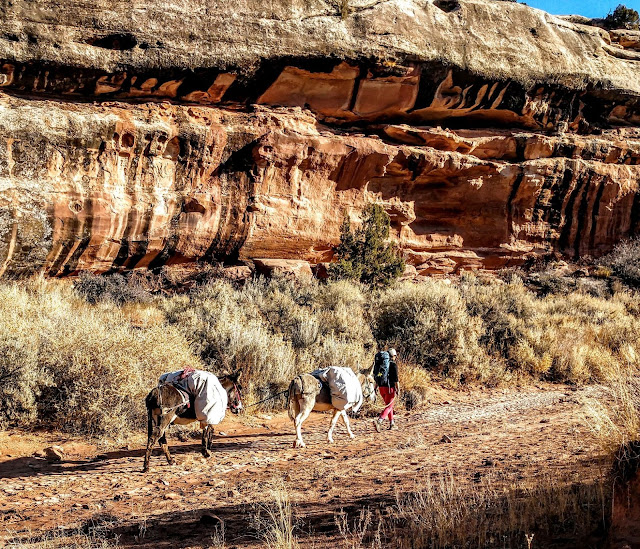 Rambo is the darker donkey. 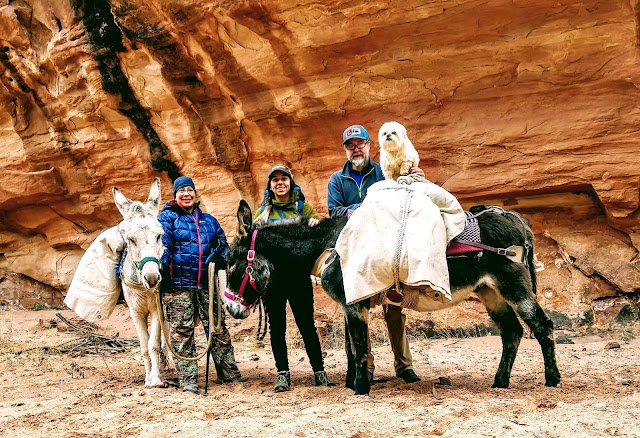 Family shot including the dog.  I'm so glad he has a home that appreciates his particular personality.

Thanksgiving is in a couple of days and then on to the Open House the 7-8th of December.  Linda and Suzanne have been busy gathering up decorations for the event.  If they get everything done they've talked about it should really be decorative.  I can't wait to see the snowflakes in the mesquite trees........!!!! LOL

We've also got a couple of parades in December, which should be fun.  Lately we've been keeping busy with tours, I guess we've been discovered as something to do if you are in Benson.  People always leave with a smile on their face after a visit with the donkeys.

Today we had 2 tours, Suzanne did one and I did the other.  The donkeys were suppose to be in their pens, but when I got ready to go out, I noticed Rosie and Gigi were out.  Oh well change of plans I guess.  Actually Jasper had let himself out of his pen, and he knows Gigi leaves hay scraps,  he let them out, so he could eat her leftovers.  There was a chain and a bungie on his gate..............no problem, he's gotten very good at opening gates.  And we aren't learning very fast how to keep him in his pen.
Posted by Tish at 1:42 PM