We always let the newbies out the first time by themselves for about an hour to give them time to explore a little bit without a bunch of nosy donkeys in their business.  When Lola and Merlin went out for their adventure this morning, she went one way and he went the other, so I guess they are going to do their own thing.  We'll see what happens when the others get out later this morning. 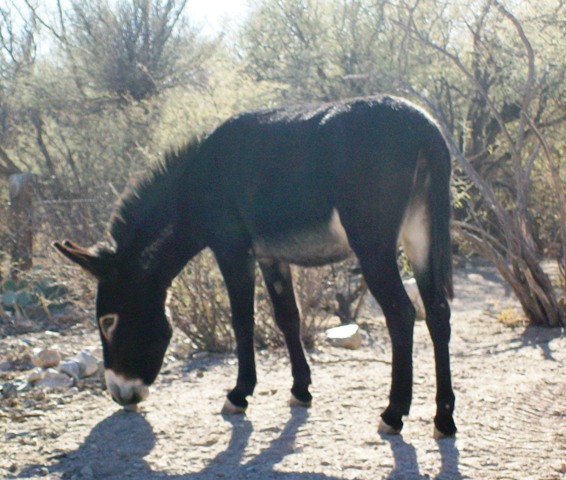 This Lola picking up little tiny dried up mesquite leaves.  All the donkeys love them, and spend a lot of time gleaning them off the ground.  She also found a stick to eat, so I guess she's another "woodchuck".......LOL 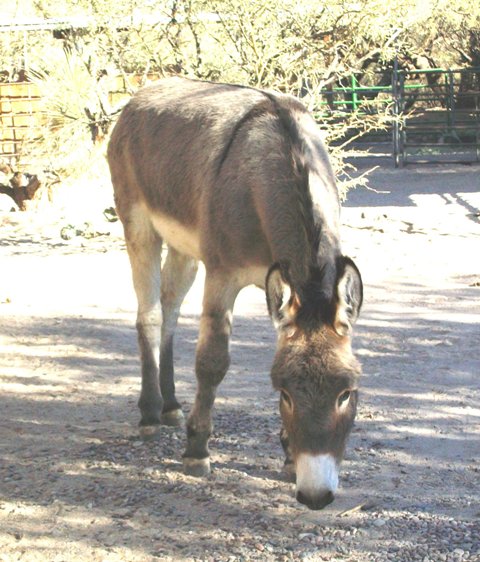 Merlin checking out an old poo pile, I guess to see who's here.  They are both really nice donkeys.  Lynn and Linda will probably take them out for some practice runs to see how they do.

Well it's later this morning and I didn't get finished with my blog before the donkeys started going out.  Lola was enticing the boys thru the corral panels yesterday, when they were out and she wasn't.  So there's been a lot of running and chasing.

Casper the little white devil mini mule was still in his pen earlier and Lola and Merlin came by to say hi.....!!!  You would have thought he was 10 foot high and bullet proof, running at the corral panels, squealing and in general acting like a little monster.  I would love to know all of his history, he's always so nasty to any newbies for the first 3 or 4 days, then he settles down and ignores them.  Guess he figures they know who's boss by then.......!!! LOL  We know he has been in many homes,  and has learned to rely on himself rather than people or any other animal.  Probably most of them weren't very good homes, since he was still an intact stud, probably with a lot of attitude.  So he's learned to keep his distance and not expect much from the relationship. He and Big Gus have played in the past and been "buds".  But they both are loners and really prefer to do their own thing. 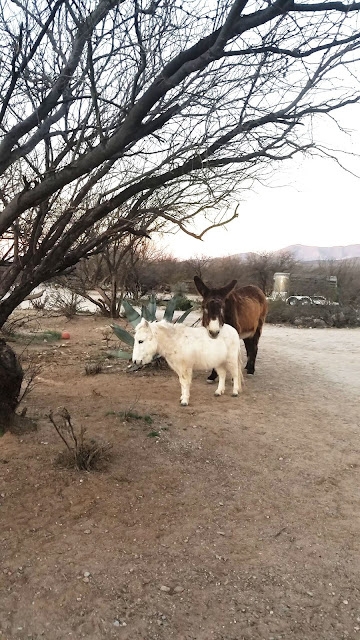 Just saw Lola walking down below the house, with a trail of admirers walking behind her.  At least they aren't squabbling now, so hopefully that's all over.

Went out to see how Maddie a new volunteer was doing and here came the herd. All that running around made Lola thirsty I guess.  Look like Merlin has decided to protect her and is standing guard. 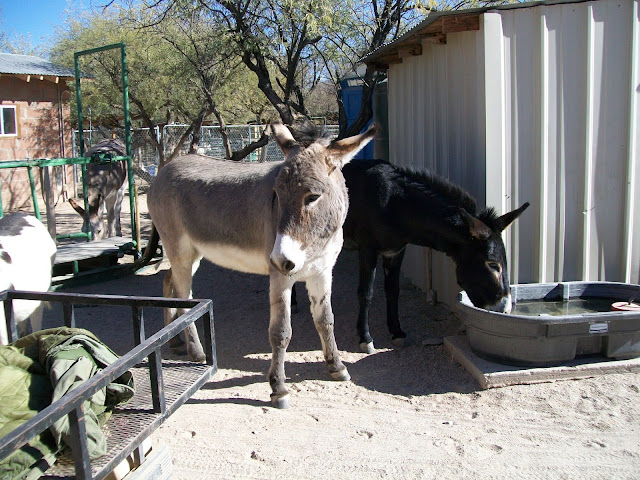 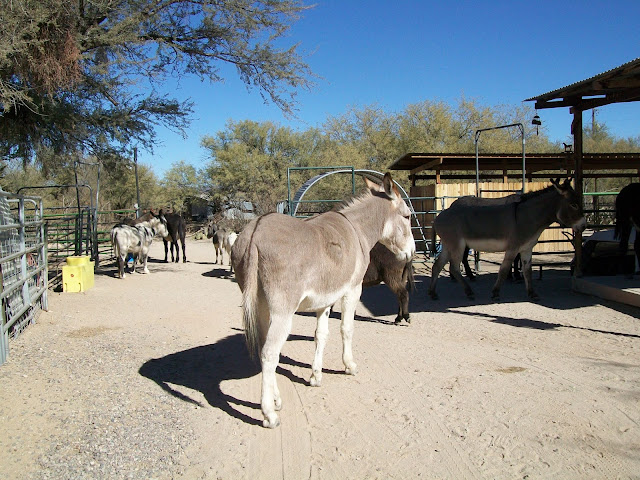 This is what Merlin is protecting her from....!!!  Guess they are all waiting for the fun to start again..!!! There's going to be some tired donkeys around here tonight.......LOL