I guess some people missed my ramblings, since they let me know I hadn't updated in a timely manner...LOL

For years and years John and I never got to go on trips together, because we had no one to take care of the "fur" kids.  Now that we have Suzanne, Lynn and Linda here, we can pack our bags and hit the road........!!

We spent 10 days up in the Phoenix/Apache Junction area.  The 3/8s mile dirt track at Apache Junction had 6 nights of racing with about 140 cars from all over the country including Canada over a 2 week-end time frame.

We missed the 1st night, the banquet for our race track in Tucson was that night.  I had to go get my 5th place trophy.  LOL  Got it and found out how much fun it is to babysit a trophy on a 10 day road trip trying to keep it from getting broke..........LOL  They are shiny and gaudy BUT it's all plastic I think you are suppose to take them straight home and enthrone them in a place of honor or a closet whichever you prefer. 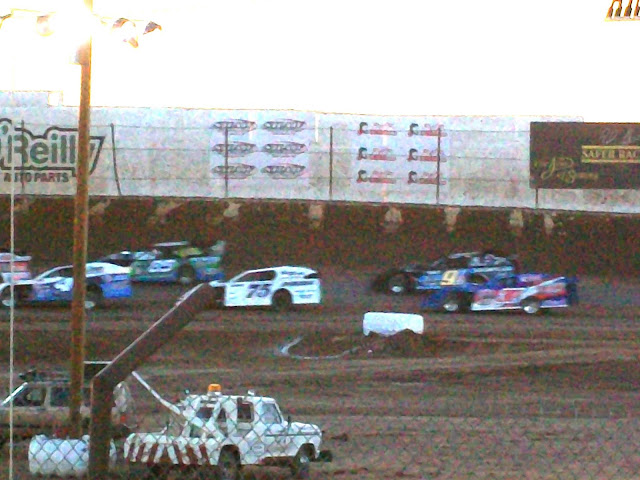 During off time we went to the annual Barrett Jackson auction and car show in Scottsdale.

John got to drive a road course simulator.  He was the only one that didn't crash while we were there, he finished the course.  Maybe he should be racing instead of me......!! 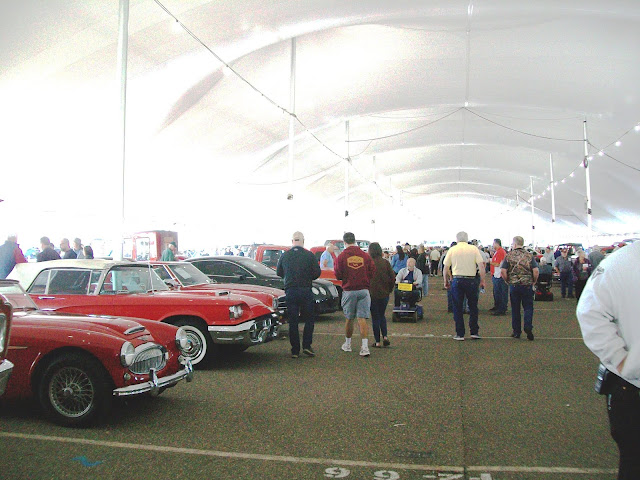 Just a few of the "goodies" available to look at.  This was one of 7 tents we saw, in the area we were in.  There is no way you could see everything there is to see, thousands of cars every direction you look.....!!  People too. 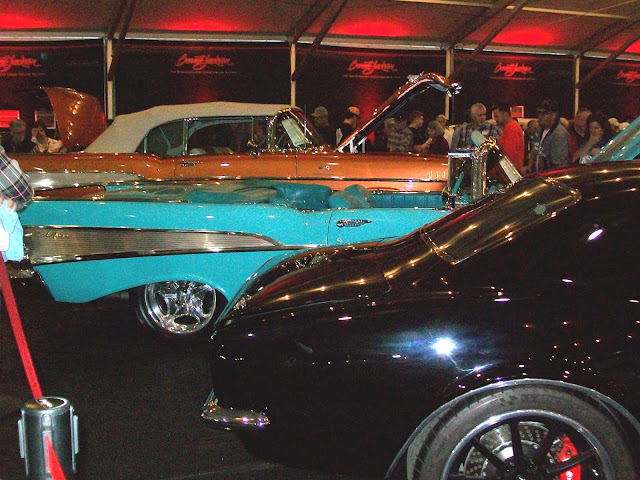 
There is a place called Cameron Trading Post up north on one of the reservations that is known far and wide for their Indian Fry Bread, of which I am particularly fond.  So my choice of a trip was to find that place. 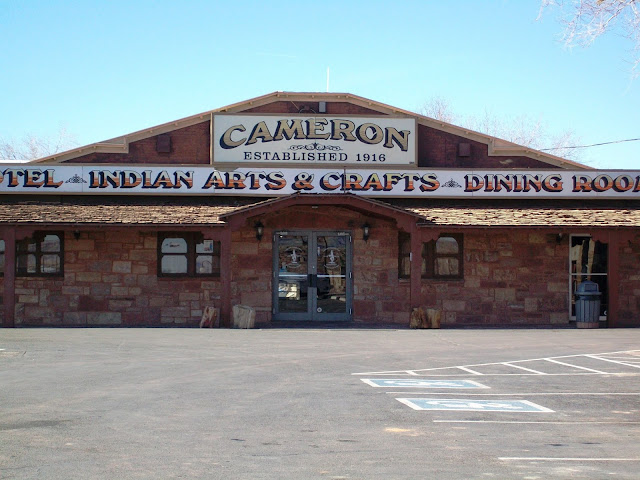 Really a nice stop and shop for people that are into that sort of thing.  They had enough stuff to look at and buy to keep anyone happy for hours.  I was just there for the fry bread.

We had been told to come hungry and to share one.  Good advice, we asked to split it and it came out on 2 plates full.  I'm sure there are people that could eat the whole thing, but I couldn't even finish my half........LOL
It was really good, but I make a pretty good fry bread also, although mine are a lot smaller.

Spent the night in Flagstaff.  Didn't have to drive in snow, but did see the remnants of their last storm. 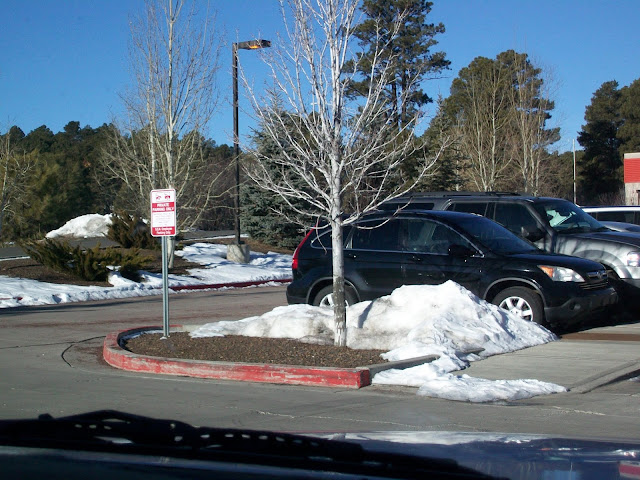 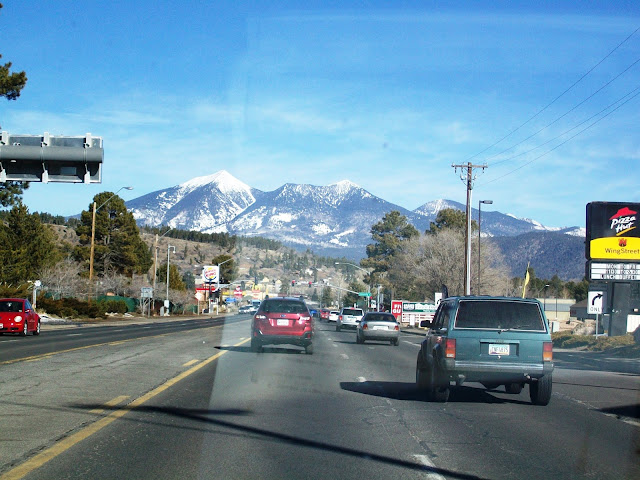 One day we drove up to Saguaro Lake, which was really a nice area.  Saw a couple of the Salt River wild horses resting in the shade.  I guess they are use to people, they didn't care we and some other people were gawking at them. 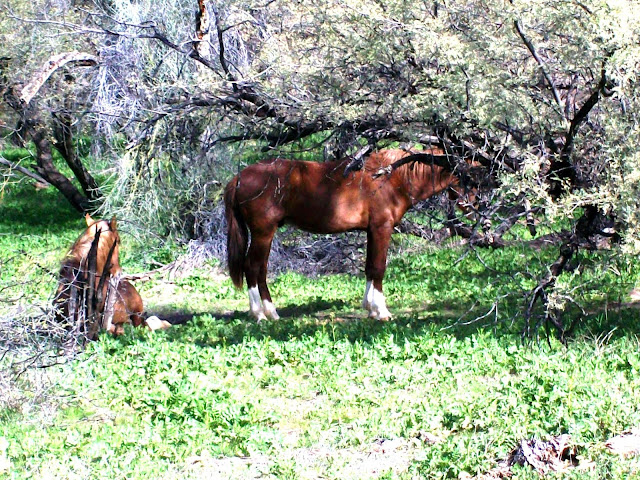 We drove over to Wickenburg thru the Lake Pleasant area one day.  We've been thru there a couple of times before, and tried to find some of the burros that live there.  This time it was late afternoon and a good time for burro watching. 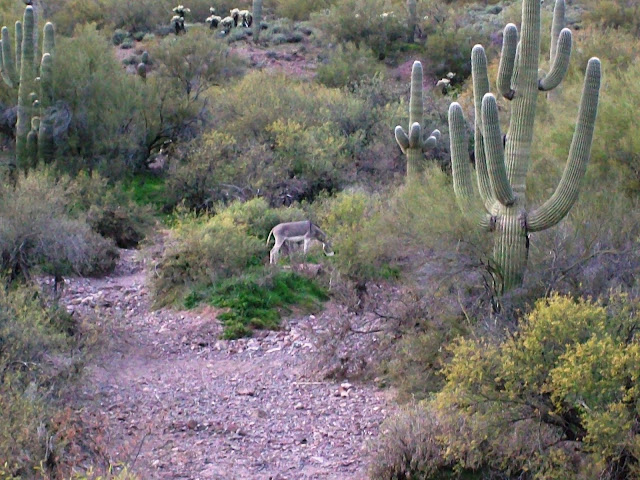 This is one of 6 we both saw.  I saw 2 or 3 more, but by the time John got turned around, they had disappeared.

We had a great time bumming around, wish it had been a little warmer.  The people from Canada and places like SD were running around like it was summer.  John and I couldn't hardly move we had so many layers on.

Came home and everything was great, even had a new shelter put up. 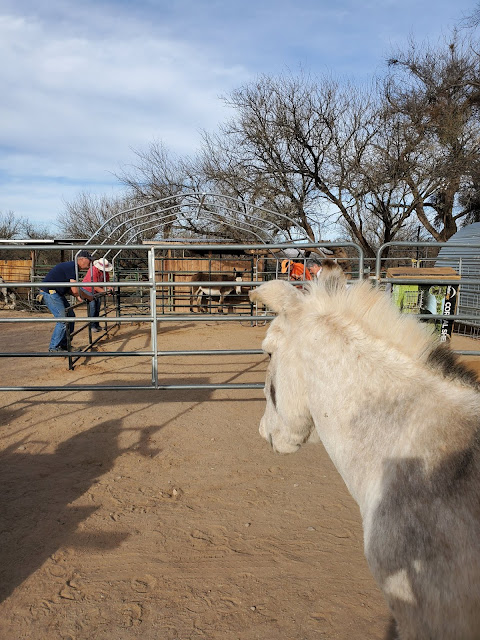 Cochise watching his shelter going up.  Good thing they got it done, they had quite a bit of rain while we were gone.  It seems like every time we leave for a few days, it rains, this summer Suzanne had to contend with our roof leaking. 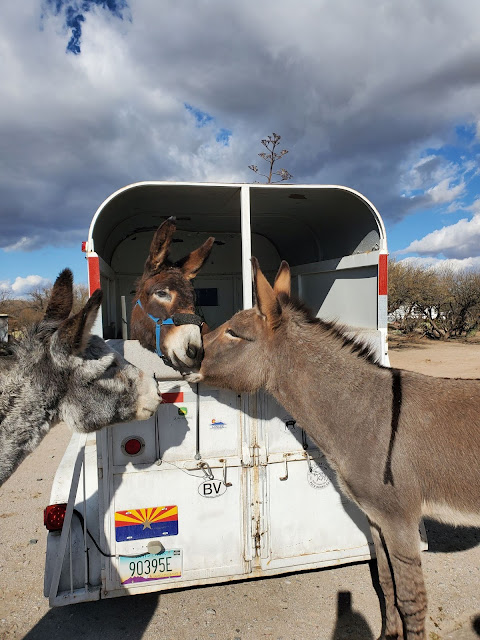 Paco being welcomed by Leddy and Muzzy.  Paco is a racing burro that lost his buddy recently and rather than have him lonely and by himself he will stay here until Lynn and Linda head back to Colorado.   In fact all 3 of these boys will go to Colorado this summer along with quite a few others.  I'm not sure what the final count will be.
Posted by Tish at 11:01 AM