When I say big I mean BIG 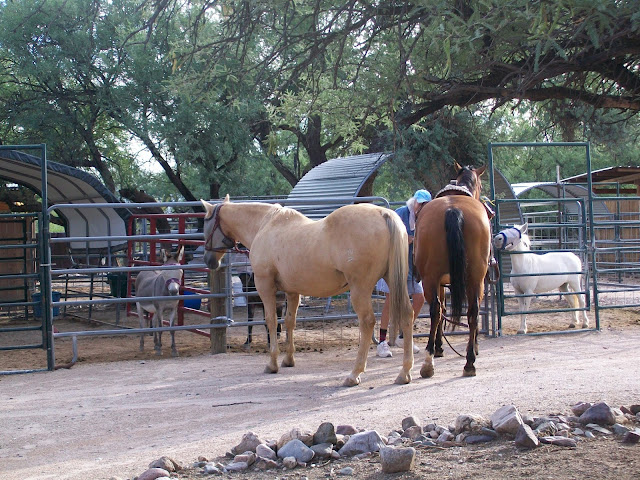 Quite a difference between a 1350 pound quarter horse and a 33 inch mini donkey.....!  Poor little Jackson looks like a toy...!!  George the big bay has a thing about the donkeys.  If he happens to get away from Jorga he heads down the road to come visit with them. 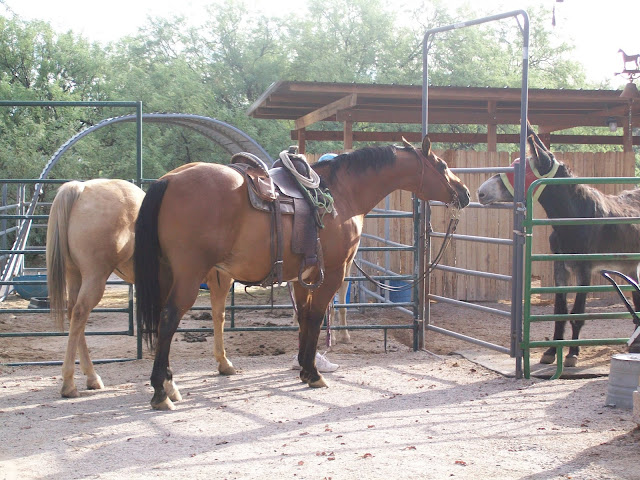 Big Gus doesn't look quite so big now does he?   Actually he is almost as tall as Banana, but of course he's built a lot different and doesn't weigh as much.  Donkeys have flat muscles, horses have bulging muscles.  The flat muscles are stronger and is the reason donkeys are twice as strong as a comparable horse for their size.  Gus in his hay day probably could have pulled or carried twice as much as Banana, not sure about George. 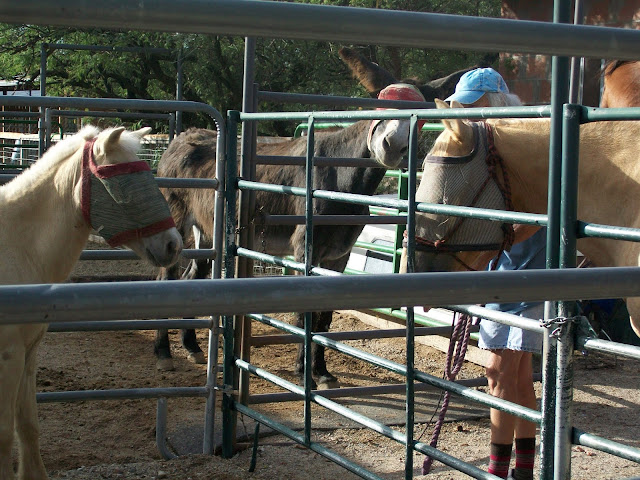 This turned into a social gathering, DJ the palomino pony met his palomino big brother Banana.  I can't say he was that impressed, he was curious, but wasn't very excited.  Gus was still trying to get closer.

I'm suppose to race this week-end.  They put out the "rules" this morning over 2 pages of them of the hoops we have to jump thru and warned us there will be officials there to see if the "rules" are followed.  If not, no more racing this year.  At this point I'd just as soon they close, being on the track is just part of what racing is about and they are sucking all the fun out of the experience.

I'm in 2nd place for end of the year points, for whatever that's worth, and I've always went by MY "rule" that if a track gives you a place to race you owe them.  You and your car should there every race date to make the show.  The only excuses are if you are in the hospital or dead.  A couple of years ago I was in a leg cast and missed the last race of the year.  The guys tried to figure out a way to get me in the car and that actually would have been doable.  But, I needed that left leg and foot to use the clutch, and brake and there was no way to make that happen.

My rant is over, it's just very disappointing.  Age wise  I shouldn't still be doing this anyway, so any races I miss are races I probably won't get to make up in the future.